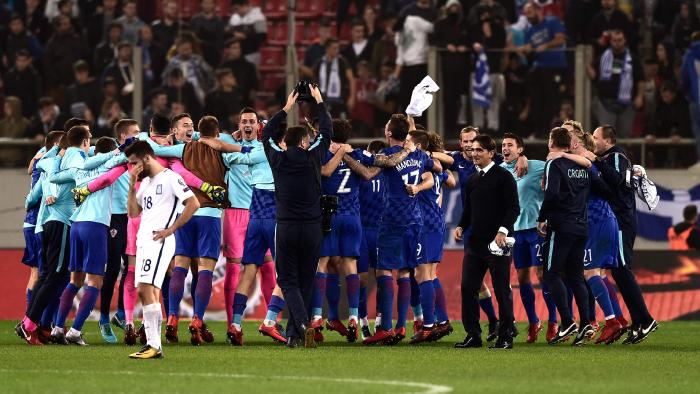 Two more teams locked up their spot in the World Cup on Sunday as the field nears completion.

Switzerland and Croatia booked their World Cup spots as part of UEFA’s qualifying playoff. Now, just four spots remain with those tickets set to be booked within the coming days.

The Swiss locked up their World Cup spot with a goalless draw against Northern Ireland, following up a 1-0 win in the first leg of their qualifying playoff. The initial win was a controversial win as a questionable penalty was awarded to Switzerland for what turned out to be the series’ lone goal.

Meanwhile, Croatia’s thumping of Greece in their first leg proved more than Luka Modric and co. would need. Following a 4-1 first leg battering, Croatia held Greece in a 0-0 draw on Sunday, sealing their own World Cup berth while ending Greece’s chances.

With those two spots sealed, here’s a look at the field for the World Cup entering Monday: