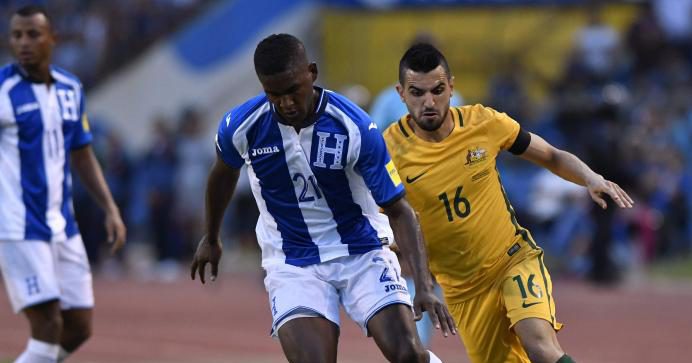 28 teams have already booked their place in the 2018 FIFA World Cup, with four other spots remaining. Eight teams will look to claim those spots this week with a quartet of qualifying playoffs taking place.

After a 1-0 shocking win in Stockholm last week, Sweden will look to stamp their first World Cup appearance since 2006 with a strong result in Milan against Italy on Monday. The Swedes used a deflected effort from Jakob Johansson in Friday’s first leg to down the Italians, despite being out possessed heavily. After allowing just nine goals in 11 World Cup Qualifying matches so far, Sweden will hope their backline can contain some top Italian forwards. The duo of Ciro Immobile and Andrea Belotti have combined for 75 league goals in Serie A over the last two years, and will need to carry that production over for the national team.

Elsewhere this week in qualifying, the Republic of Ireland returns home for a date with Denmark. Peru faces off with New Zealand in Lima, while Australia welcomes Honduras to Sydney.

Here’s a closer look at this week’s qualifying action:

The final UEFA representative for the World Cup will be decided in this showdown in Dublin.

Denmark dominated the first leg in Copenhagen on Saturday, but failed to find the back of the net. Ireland keeper Darren Randolph made five saves in the clean sheet, and now the Republic will return home to Aviva Stadium. Danish midfielder Christian Eriksen will be influential to Denmark, especially in their build-up play. Eriksen had five goals in qualifying, and helped Denmark to some important wins earlier this year.

Ireland will look to counter attack that with a gritty midfield led by Burnley’s Jeff Hendrick and West Brom’s James McClean. They will need to make the most of their offensive opportunities especially if they are on the back foot for most of the match.

Australia returns home on Wednesday to face off with Honduras after a scoreless first leg last week.

The Socceroos were the more dominant side in the first leg, creating four shots on goal compared to the hosts’ one. Tomi Juric was lively for Australia, creating several opportunities near goal. Carlo Costly had a late chance for Honduras, but Brighton keeper Matt Ryan was up to the task.

Australia expects that Tim Cahill will be ready for the second leg in Sydney, after scoring two goals in an Asian playoff win over Syria earlier this fall. Honduras is seeking to make their third consecutive World Cup, and will look to Houston Dynamo forward Romell Quioto to lead the way.

New Zealand will now travel to Lima on Wednesday to face off with Peru in a do-or-die second leg.

The All Whites held Peru on Saturday, despite heavy pressure from the No. 10 team in the world. New Zealand keeper Stefan Marinovic made a pair of huge saves in the first-half, while the hosts almost stole the game late. Ryan Thomas struck the post, while Burnley striker Chris Wood forced a strong save from Pedro Gallese with his first touch of the ball.

Peru returns home where they will be favorites to advance, and snap a 36-year drought in the process. Christian Cueva will be the playmaker to watch for Peru, while New Zealand defender Winston Reid will look to shut him and his teammates down.