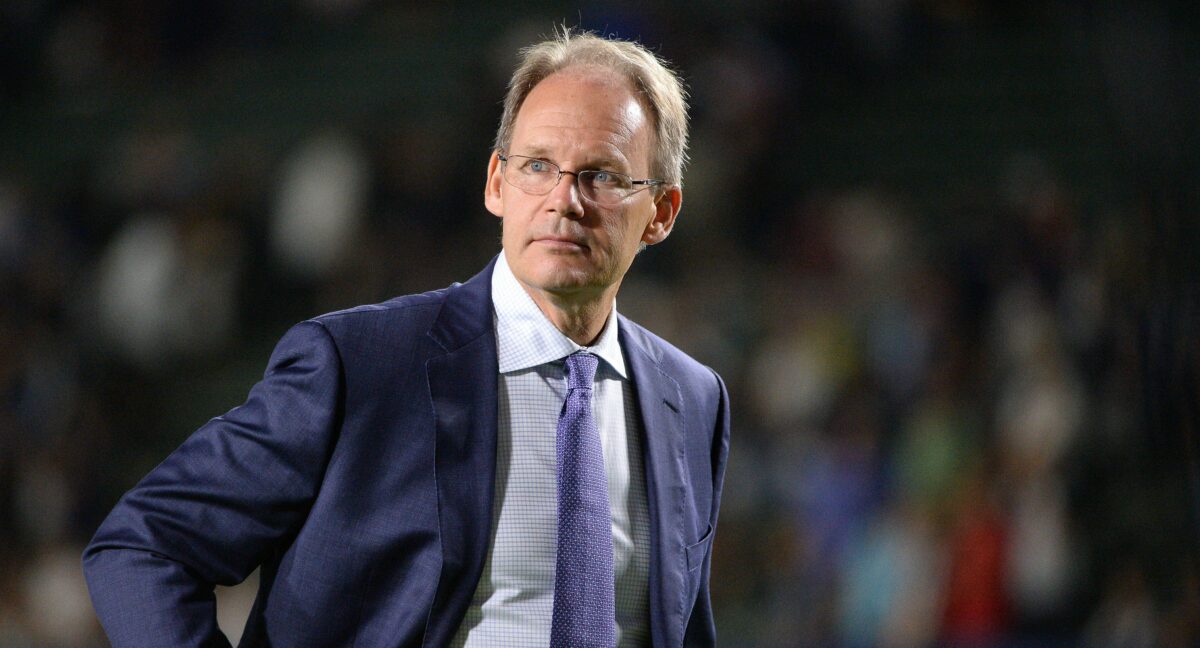 TORONTO –Roughly 18 months ago, Brian Schmetzer was all but anonymous outside of Seattle. His playing and coaching career had largely kept him Washington-based and, after managing the USL version of the Seattle Sounders, Schmetzer became one of Sigi Schmid’s top assistants with the MLS club. He wasn’t pegged as an up-and-coming head coach or a top coaching prospect. He was a valued assistant with one of the league’s best teams, a piece in the background of a team that is always under bright lights and big microscopes.

Now, roughly a year-and-a-half after he ascended to the head coaching spot on an interim basis, Schmetzer has the Sounders on the verge of history with a chance at a second consecutive MLS Cup.

Schmetzer has the Sounders on the precipice of a repeat heading into Saturday’s MLS Cup final, a rematch with Toronto FC. A win on Saturday would see the Sounders become only the third MLS franchise to ever put together back-to-back title-winning campaigns. It would also vault Schmetzer into hall-of-fame level company as he’d join Bruce Arena, Sigi Schmid, Frank Yallop and Dominic Kinnear as the only coaches to win multiple MLS Cup crowns.

It’s a stunning story, even for the normally pragmatic, level-headed Sounders boss.

“I did a lot of reflection on that. The answer is no. I never would have dreamed in a million years that this would have happened,” Schmetzer said. “As I reflect on my future or my past or whatever you want to call it with the Seattle Sounders, I find myself very lucky to be able to coach Clint Dempsey, arguably the best player in American history. Roman Torres, Nico Lodeiro, Cristian (Roldan), Jordy (Morris), Stef (Frei). I am very blessed and lucky to be working in a top class organization with top class players.

“In that sense, I feel very lucky. It also drives me to set a high bar.”

Since Schmetzer ascended to the role of head coach on July 26, 2016, the bar has been very high. When the club opted to move on from Schmid while in the midst of a floundering and frustrating summer, Schmetzer was the obvious caretaker. On an interim basis, he’d provide safe hands.

He did much, much more. By November, he was named the team’s permanent coach after leading a stunning late-summer/early-fall turnaround that pushed the club into the MLS playoffs. Weeks later, he led the team to its first MLS Cup final before the Sounders outdueled TFC for the club’s first ever MLS Cup crown.

It was the culmination of many years of hard work for Schmetzer, whose life has largely centered around Seattle-area soccer. He played for the Sounders for four years to kickstart his own professional career before stops in Tulsa and San Diego. His extended indoor career saw him feature for FC Seattle, the Tacoma Stars and the Seattle Seadogs. From 2002-08, he took charge of the USL version of the Sounders before naturally moving into a role as an assistant under Schmid when the team made the leap.

This year has been quite different than any that came before it. The 2016 Sounders relied on a prolonged hot streak to carry them to an MLS Cup. The 2017 version, though, has felt like an extended build by Schmetzer and his staff throughout what was a largely consistent campaign.

“I think our journey to the final this year has been a bit more calculated, a bit more of a steady growth throughout the year,” said goalkeeper Stefan Frei. “Not a crazy rollercoaster like last year. Last year we believed in our ability and knew we had enough quality in the locker room, but we found ourselves at one point in a dark place, dark hole, that it was almost impossible to really climb out of that. When we really were able to string some results together, we needed to maximize that streak to just get to the playoffs and once we did you want to prolong that streak.”

“This year, I feel like we’re just starting our stride in the last two games,” Frei said. “We’ve been very clinical offensively and defensively and that bodes well. Throughout the whole year, our journey to get to this point has been a bit more professional and calculated, more of a steady growth, which is something you prefer as an athlete, and it helps the nerves.”

Heading into Saturday’s finales, the nerves are there, even if they’re a little more muted than last year. The Sounders are following a gameplan now. They’ve been to the facilities, had the food, planned out the meetings. It’s about re-discovering that rhythm now and riding that rhythm to another towards another MLS Cup performance.

It’s been like this all season, though. Schmetzer and his staff have embraced the use of analytics throughout his tenure, providing a bit of an aid throughout what has been a whirlwind year.

If the Sounders come up big again on the road in what will be a hostile BMO Field, Schmetzer will seal his second MLS Cup in just over 13 months as a permanent head coach. It would be a major leap for a coach that has always been a part of the Seattle soccer scene and one that will certainly go down in history within the club no matter Saturday’s result.

“All around, it’s a great source of pride that this club has made it to a second MLS Cup,” Schmetzer said. “I’m very happy and proud of the guys and the effort they put in to get here.

“Hopefully we can win another title,” added midfielder Victor Rodriguez, “and then the numbers speak for themselves for the coach.”