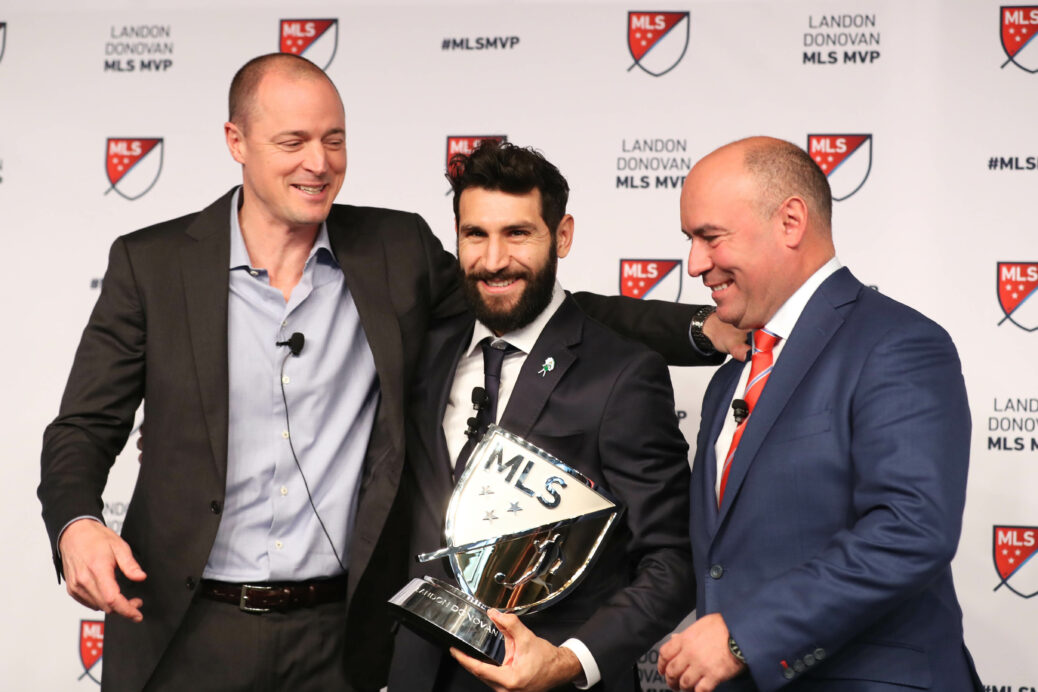 It’s hard to remember a time when Diego Valeri wasn’t synonymous with the Portland Timbers. Throughout his MLS career, Valeri has emerged as the premier Timber, a face for a franchise and a city with a long history and a passionate fervor for the game. Even so, it’s been just five short seasons since Valeri made the move to Portland from Lanús, even if those five short seasons have been jam-packed in more ways than one.

The 2017 season, in particular, will be seen as a memorable one for the Argentine star because it was one that ended with the Timbers’ most important player being recognized as the league’s best.

Valeri was honored as MLS Most Valuable Player on Monday following a record-breaking season that saw the midfielder provide 21 goals and 11 assists. His goals were the most ever scored by a midfielder in league history, and his nine-game goalscoring run snapped the record for most consecutive games with a goal.

“Every individual award in our game is a collective achievement, which is why this is also for each one of my teammates,” Valeri said when presented with the award on Monday. “Since I arrived here in this city with my family, they gave us their love and their support. Our supporters occupy a very, very special place in my heart. I only have words of thanks for them, and this also belongs to them.”

Valeri’s stature in Portland has been cemented over the past five or so years, but the road to this point was one that began by chance. Timbers owner Merritt Paulson recalled a disappointing 2012 season, the second of the team’s MLS reboot. Following a down year, the team highlighted an attacking midfielder as the No. 1 need, and the primary target was a young American that could fill the role.

But general manager Gavin Wilkinson found another idea when he couldn’t find the right deal for that young American piece. He’d found a player in Argentina that could fit the bill.

Valeri’s first goal came just 13 minutes into his home debut, a spectacular juggled finish against the New York Red Bulls. Since, Valeri has scored 57 more while integrating himself as a member of the Portland community both on and off the field.

“You embody what it means to be a Portland Timber. I can’t be more proud.”

Over the past five years, Valeri has been recognized in a variety of ways. He’s a three-time MLS All-Star and a one-time MLS Cup MVP. He’s been named to three Best XI teams and earned MLS Newcomer of the Year honors.

But Monday’s announcement is as special as any of them. It’s an individual honor for a player that just put together one of the best seasons in MLS history. With the Timbers repeatedly hit by injuries, Valeri stepped up and all but carried his team to the top seed in the West.

It’s also the culmination of five years of big moments in MLS as Valeri’s MVP award officially puts him among the top players to ever play in the league. Monday’s award is recognition that Valeri has transcended and has joined rare company throughout a five-year journey headlined by continued dominance.

“It’s huge. It’s huge,” Valeri said. “For me, if you can, in a place you’re playing, if you can write history, it’s something people will always remember. It’s a privilege. In soccer, you never control what you win and what reward you get for your efforts, so this is something really nice.

“It’s something that is always great when you’re recognized for your effort on the field. When you play during the season, you don’t think about this. It’s an extra. I always, since I arrived, I wanted to make an impact in the league, and that made me really happy.”