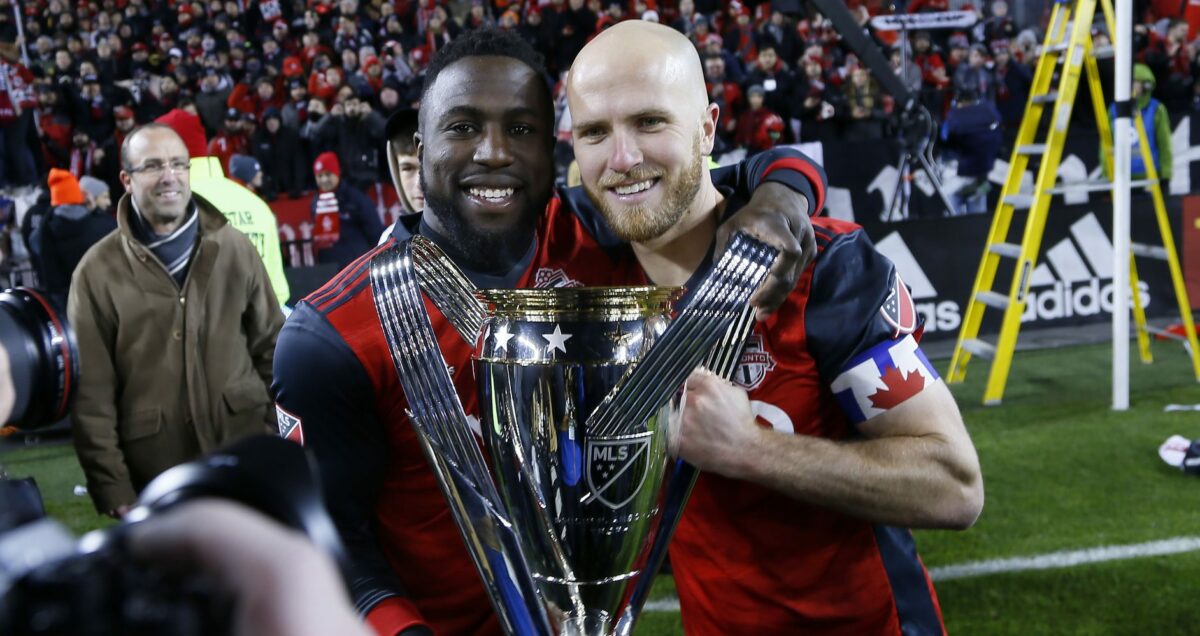 Michael Bradley didn’t win the MLS Cup MVP, but he was quietly one of the best players on the pitch.

His passing was clinical. His defense was responsible, quick, and impenetrable. He was the leader for Toronto FC when they needed it the most.

“Tonight, I think just his overall awareness and his positioning and where he needs to be,” praised head coach Greg Vanney after the match. “His relationship with the two center backs and his ability to find the right moments to step out and press things with the group, and then find the right moment to drop into the back three to really allow our fullbacks get out and get pressure to their fullbacks was enormous. And when he’s a man on a mission he can cover ground like nobody.”

Bradley was also just as much of a force in the attack as he was containing a Sounders attack that had no answers for TFC’s change in tactics.

“On the flipside, on the attacking side, he just kind of controlled everything for us and the initiation of a lot of our attacks have been through him,” said Vanney.

Bradley even received a ton of praise from his opposition, who were clearly flummoxed by his play all game long.

“Obviously their defenders are good. But I think Michael Bradley had a great game today,” said Sounders forward Jordan Morris. “He was all over the place, breaking up plays. Credit to him, he’s a great player. You see his work rate and his mentality, and that’s what you need in a game like this, honestly, is that kind of mentality to just go out and outwork the other team.”

Even though Bradley didn’t find his way onto the scoresheet, he still drew the praise of Sounders head coach Brian Schmetzer.

“He’s a tremendous player and tonight he had a good performance and he helped his team in many different ways,” Schmetzer said. “Jozy scored the goal and Vazquez scored the goal, but it’s not always the goal scorers, it’s the guys that do some of the work behind. Michael was very good tonight.”

As for Bradley himself, he has been laser focused on avenging last year’s MLS Cup defeat to these same Sounders. His obsession and dedication to that task was something he even had to tone down in front of his players.

“I think I’m a pretty driven person, and I think at times I have to make sure that I don’t wear guys out,” Bradley said. “For me there’s no problem to go 24 hours a day, every single day. I understand everybody’s different, and so, I know that I have to pick and choose moments to say things and to really be hard with certain things.”

But Bradley’s obsession wasn’t his alone. His drive never once upset his teammates or turned them away from the mission of winning it all. Everyone else on the TFC roster wanted to get back to the final and do what they couldn’t do last year. These players left their mark on their captain, who praised their efforts more than anyone else.

“With this team, it was incredible because there was never one moment where I looked around and felt like guys were losing focus or forgetting about we were trying to do,” Bradley said said. “Everything was about getting back here. Every time I look around it was just every single guy, laser focused to give ourselves another chance. I’m so proud of every single person, who’s part of this.”

That focus paid off and ended a tough year for the TFC skipper on a high note. After what happened to the U.S. Men’s National Team at the end of World Cup Qualifying, Bradley was able to get past that and keep his mind on the prize ahead at the end of the playoffs. He said it was his responsibility.

“To be able to switch gears. Both the good moments and the bad moments, regardless of what’s going on with the national team.”

Now Bradley is an MLS Cup Champion thanks to a year’s worth of hard work driven by an obsession that manifested from the very moment last year’s final ended.

“It’s hard to describe on the outside what it’s been like to live that every day, to live that,” Bradley said.