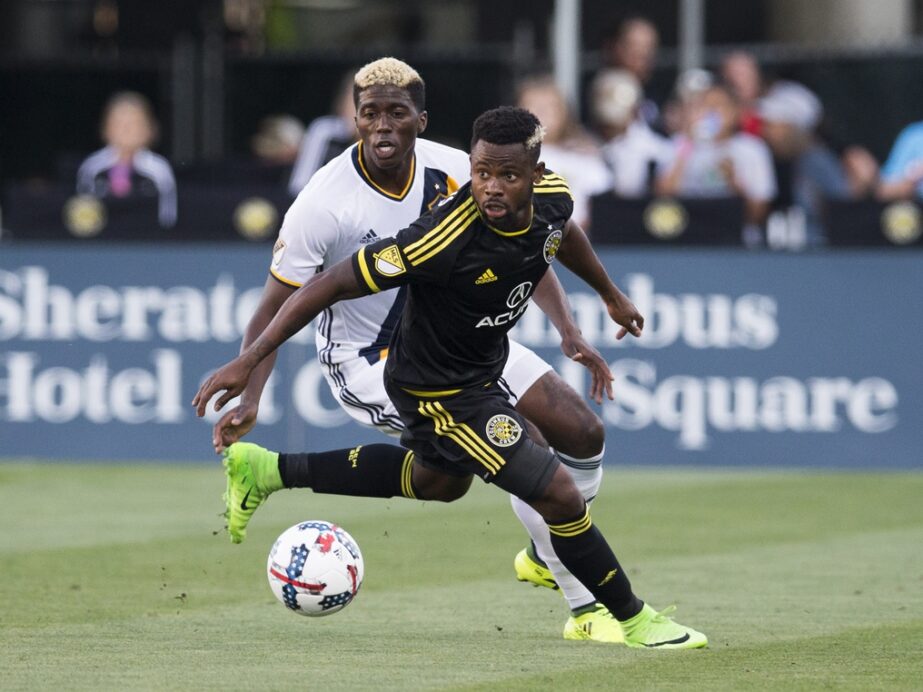 It took less than a week for the Seattle Sounders to fill the void left open by Joevin Jones’ departure.

The Sounders acquired full back Waylon Francis from the Columbus Crew in exchange for $50,000 in general allocation money.

The 27-year-old left back has played the last four season in Columbus, and he brings needed depth to the position in Seattle after Jones left the club for Darmstadt at the end of the 2017 season.

“Waylon bolsters our already talented group of outside backs, and his effectiveness in MLS over the past four seasons is well known,” Sounder general manager and president of soccer Garth Lagerwey said. “Adding an All-Star level player to our current roster with this type of experience is invaluable, especially with Waylon’s familiarity with CONCACAF play in advance of our Champions League campaign in February.”

The first offseason signing for the LA Galaxy came in the form of a full back on Thursday afternoon.

Jorgen Skjelvik, who last played at Rosenborg, joins the Galaxy as a free agent after the expiration of his deal at his former club.

“Jorgen has been a key player on multiple title-winning teams and has his best years of soccer in front of him,” LA Galaxy head coach Sigi Schmid said. “He has experience playing at a very high level for club and country and he can immediately strengthen our backline. We are excited to welcome him to Los Angeles and look forward to Jorgen representing the LA Galaxy.”

The 26-year-old has made seven appearances on the international level for Norway, including games during 2018 FIFA World Cup qualifying.

The other deal of the day made by the Crew saw them send goalkeeper Brad Stuver to New York City FC for a fourth-round pick in the 2019 MLS SuperDraft.

“Brad is coming to us from Columbus who are a team with a similar playing philosophy to us, so that will help him to adapt,” NYCFC manager Patrick Vieira said. “You always want to bring in players who can challenge other players in their position because I strongly believe that’s how you get the best out of them, when they work hard every day and push each other to improve the team.”

Stuver was deemed as excess at goalkeeper in Columbus after the Crew brought in Jon Kempin earlier in the week. With NYCFC, Stuver will compete for playing time with Sean Johnson and Andre Rawls.

The 29-year-old, who has played with the New York Red Bulls and Montreal Impact, dealt with injuries in the 2017 season, but the Dynamo see him as a valuable piece of their midfield.

Alexander was eligible for free agency, but opted to return to Houston.

“We are pleased to have come to an agreement for Eric to return to the Houston Dynamo. As a free agent, he had quite a bit of interest from around the league but the fact that he chose to stay in Houston speaks to the positive direction the club is moving in,” Dynamo vice president and general manager Matt Jordan said.. “His quality in possession and ability to dictate the rhythm of the game bring a different aspect to our team that was especially evident late in the year when he returned to the field.”

Felipe is a product of the Cruziero youth system and has previously played in the NASL with the Fort Lauderdale Strikers, while Wehan won the USL Rookie of the Year award in 2017 for his contributions in Reno.

“We are very excited to welcome these three players from our affiliate in Reno,” Earthquakes general manager Jesse Fioranelli said. “Reno has been a great asset to us and had a tremendous inaugural season in 2017. Jimmy, Chris and Luis Felipe were a major reason for their success and we are looking forward to their contributions and continued development in San Jose.”