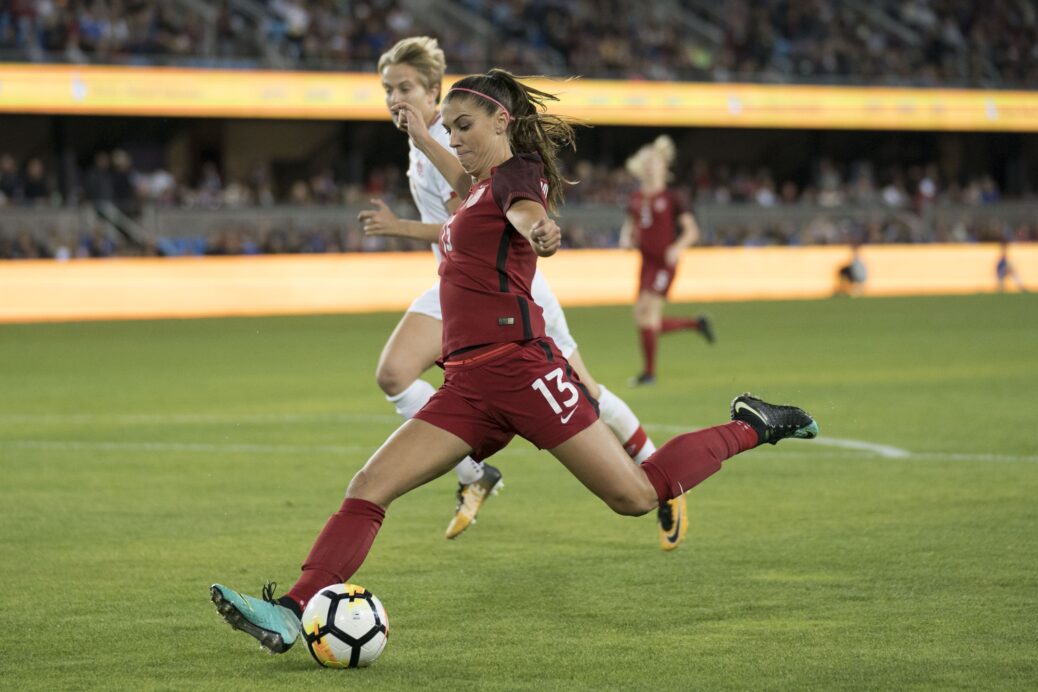 U.S. Soccer announced five finalists for the 2017 Female Player of the Year on Tuesday.

Headlining the field is the U.S. Women’s National Team’s leading scorer of the year, Alex Morgan. She scored seven goals for her country while also helping Olympique Lyonnais win their League, the League Cup, and the UEFA Women’s Champions League, becoming only the third American to win the highest club competition in European women’s football.

Megan Rapinoe is also up for the award. She came back from missing most of 2016 thanks to ACL surgery to finish third in the NWSL with 12 goals in only 18 matches for the Seattle Reign. She played 12 times for the USWNT, scoring three goals and leading the team with five assists.

Also up for consideration are midfielder Julie Ertz, who scored six times for the USWNT despite occupying a defensive midfield position for most of the year, Lindsay Horan, who led the Portland Thorns to their second NWSL title at the age of 23, and Samantha Mewis, who was one of two players to start all of the USWNT’ 16 games.

Votes for the winner will be collected from National Team and Youth National Team coaches and staff, players who earned a cap in 2017, professional head coaches, and select media members, former players, and administrators.