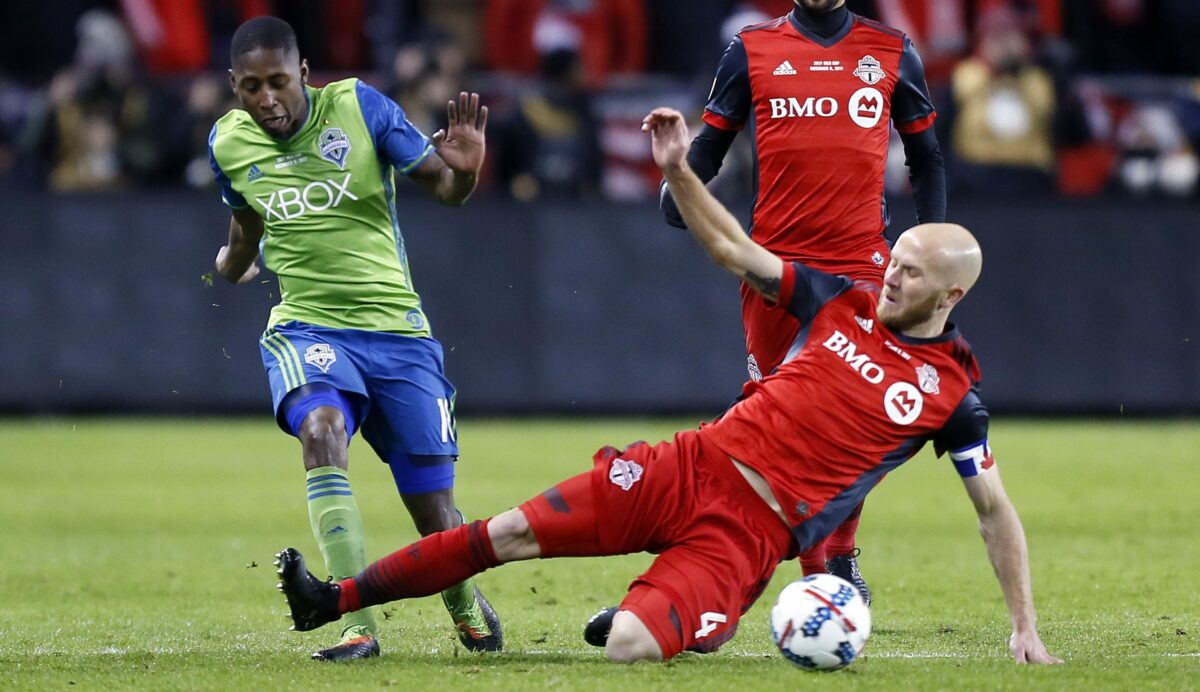 He didn’t score a goal, provide any assists in the MLS Cup Final but Michael Bradley was the best player on the pitch on a chilly night at BMO Field.

Bradley was the responsible player at the back of the TFC midfield, breaking up any Seattle attacks before they could get started. He was the primary passer in a midfield dominated by red shirts. He was the leader his team needed to pull through in a game where they controlled the ball, fired a ton of shots, and only had one stout goalkeeper standing in their way.

Bradley’s calming presence in the center of the park helped TFC to nearly 60% of the ball, with much of Seattle’s attack time coming after they were down a goal. He made several massive tackles late, helping lead TFC to the club’s first MLS Cup crown.

What did you think of Bradley’s performance? Who stood out to you on Saturday?