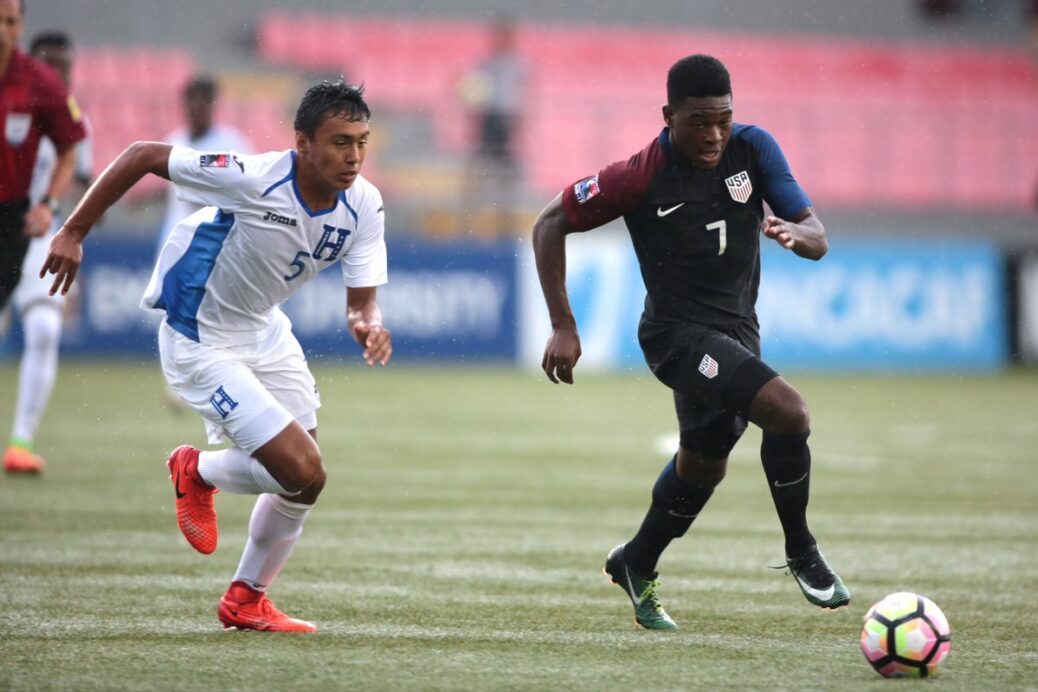 Another member of the talented U.S. U-17 Men’s National Team signed a first-team deal on Monday.

Forward Ayo Akinola, who recorded a goal and an assist at the U-17 World Cup, signed with Toronto FC as a homegrown player.

“Ayo is a versatile player that can play as a number nine or out wide,” Toronto FC vice president of soccer operations and general manager Tim Bezbatchenko said. “For a player at such a young age, he has a lot of physical attributes that include pace and strength as well as technical ability. Special thanks goes to Greg Vanney and Jason Bent along with our other academy coaches for their role in Ayo’s development.”

Akinola made 10 appearances for Toronto FC II in 2016 and has been one of the key figures in the U-17 attack for the last year alongside Josh Sargent, Timothy Weah and Andrew Carleton.