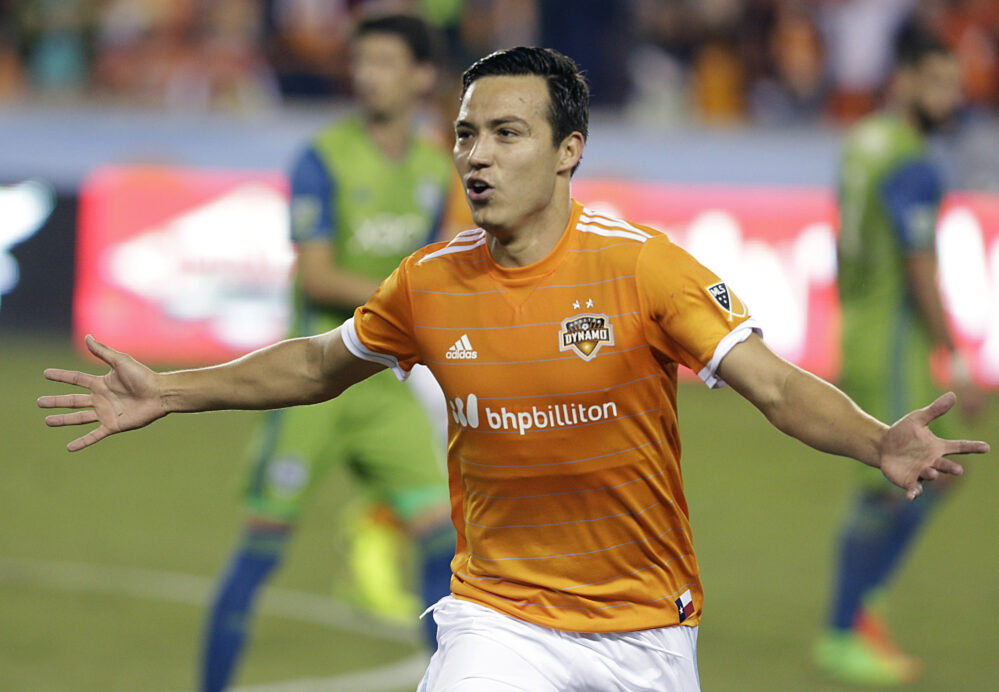 Cubo Torres is heading back to Mexico

Torres has signed with Pumas UNAM in Liga MX following a stint with the Houston Dynamo. The move was announced late Wednesday night.

He was heavily linked with a move to Veracruz throughout the winter, but the transfer fell apart earlier this month.

Torres first came to MLS on a loan move to Chivas USA from Chivas de Guadalajara. His first breakout season came in 2014, the club’s final year, when he scored 15 goals in 29 starts. When they dissolved, he found himself with the Dynamo, where he spent two seasons on loan with Chivas and Cruz Azul, where he scored all of two goals in eight appearances.

He returned to Houston full time last year and scored 14 goals over 27 matches before joining Pumas, who are at the top of the 2018 Clausura season after three games.