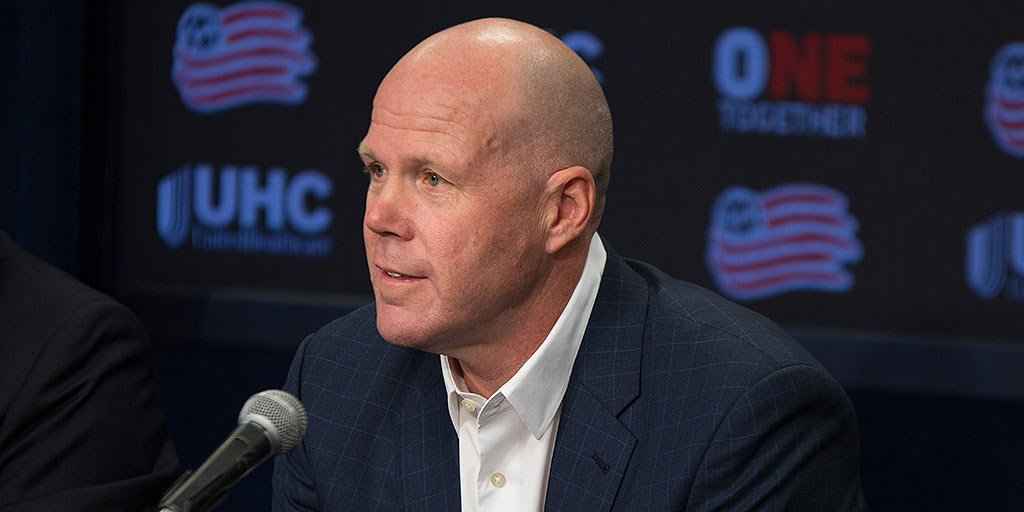 PHILADELPHIA– New England Revolution draft pick Mark Segbers was beaming with delight when his new head coach was brought up.

“Brad Friedel, he’s an absolute U.S. legend,” Segbers said. “So when I walked in that meeting room (at the combine), it was already kind of a shocker just to see him sitting there. He introduced himself and I’m like, ‘Trust me, I know who you are.’ So it’s amazing to be able to play under him.”

The ninth overall pick in the 2018 MLS Draft was one of two right-sided players that Brad Friedel wanted and got on Friday afternoon.

“The first two players on our list we got,” Friedel said. “We’re not going for any international players. We wanted domestic players. We got two with an incredible amount of athleticism and pace. Both of them were wingers by trade, both of them have sort of been converted to right back, which will fit into our system nicely and provide a lot of cover on the right hand side. Hopefully it’s more than that in months to come.”

Bye, who played at Western Michigan and Segbers, who was at Wisconsin, are expected to be competition for Andrew Farrell on the right side of the Revolution defense.

“We’d done a lot of work early with our squad and we knew the positions we wanted and on that right hand side we have Andrew Farrell and he needs some competition and the way that we want out players to play with pace and athleticism,” Friedel said. “That’s what we were looking for and we found two that are very versatile that can play as wingers or as fullbacks and they can play as wingbacks.”

Despite all the focus on certain players at the combine, Friedel was intent on filling a need instead of finding the best player available.

For Bye and Segbers, they’re just excited to have the chance to compete at the professional level after years of hard work on the collegiate stage.

“It’s all you can ask for, coming into a new club that someone has faith in you and you have the ability to fight for a spot,” Segbers said. “Having that faith in me give’s me that much more drive to want to prove him right and try to prove my worth and show that I can earn some minutes at the next level.

“(It’s great to have) someone to share the experiences with. It’s been an unreal [process], trying to figure out everything and going from there,” Bye said. “But absolutely having someone else to bond with through that, I’m ready to meet my new team and get it going.”

Most importantly for the newest pair of Revolution players, they’re excited to be a part of a squad managed by a legend like Friedel.

“Ready to learn what he’s got to teach me,” Bye said. “Obviously he’s got a lot of knowledge, a lot of experience, and I’m just ready to absorb everything I can.”