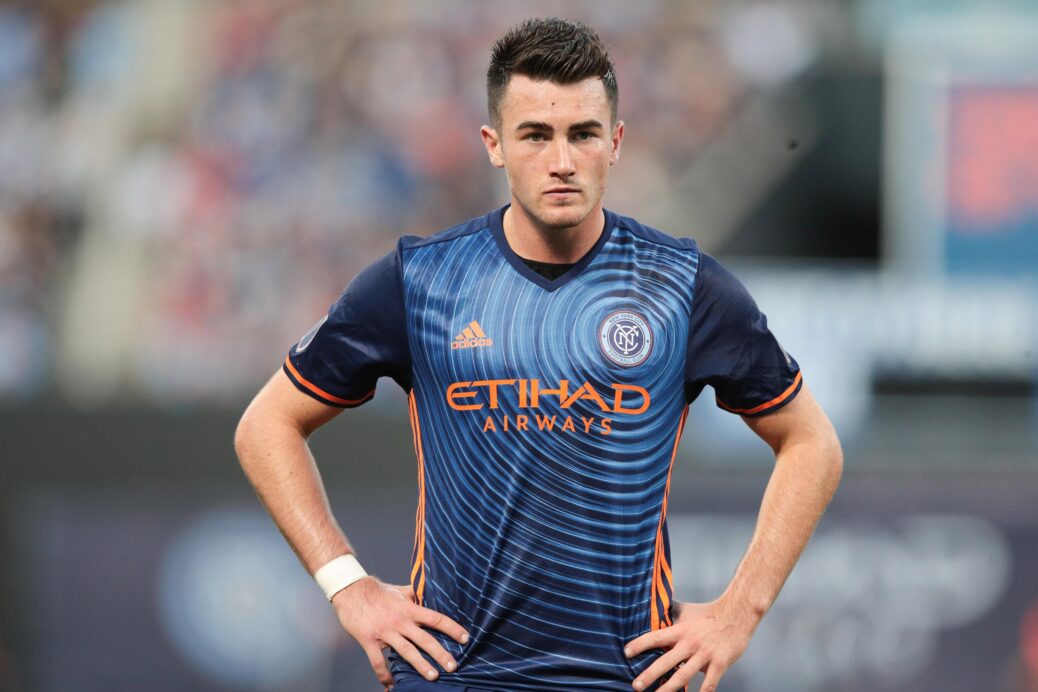 Jack Harrison’s departure from New York City FC might seem inevitable amid growing transfer rumors. but New York City FC coach Patrick Vieira indicated that there have been no distractions through the first three days of preseason.

“The only thing I can tell you, since the first day Jack has been working really hard and really well,” Vieira told reporters during a conference call on Tuesday. “(Sporting director Claudio Reyna) is dealing with it and there’s a possibility for him to stay the same way there’s a possibility for him to go. What I can tell you is that I’m really pleased with the way he has been conducting himself.”

On Monday, the opening day of MLS preseason, Harrison told The Independent that nothing is official yet.

“I’m still a New York City player right now and that’s where my mind is at,” said Harrison. “Everyone dreams of playing in the top leagues in Europe and the Premier League is obviously up there. Growing up in England, it’s always been a dream of mine to play in the Prem.”

Harrison is poised for the transfer after scoring 10 goals in 34 matches for NYCFC last season plus a successful debut for the England U-21’s.

According to Goal.com, which first reported Stoke City’s bid on Saturday,  Stoke City made an initial $3 million bid before upping its offer to $4.5 million. Stoke City is currently in the midst of a relegation clash in the EPL. West Ham United and Leicester City are also monitoring Harrison according reports in England.

Harrison took a unique path for an English school boy when he moved to the United States at 14 years old to attend Berkshire School in Massachusetts followed by a single year at Wake Forest University. NYCFC traded up in the 2016 MLS Super Draft to acquire the quick winger as the number one overall selection. Harrison’s productivity from the mid-point of 2016 and his sophomore season forced opponents to supply a second defender on the flanks after the 20-year old eviscerated numerous fullbacks in isolation. Harrison helped remove the scoring burden placed on David Villa after NYCFC lost Frank Lampard’s output of 12 goals in 2016. In addition to playing with global legends Villa and Lampard, he was alongside another icon, Andrea Pirlo, who has given Harrison a European endorsement.

“He is very young, he’s fast and he is capable of playing in Europe,” Pirlo told talkSPORT. “He’s a good player.”

NYCFC’s acquisition of another 20-year old winger, Paraguayan Jesus Medina, may alleviate some of the pain if the transfer of Harrison is completed.