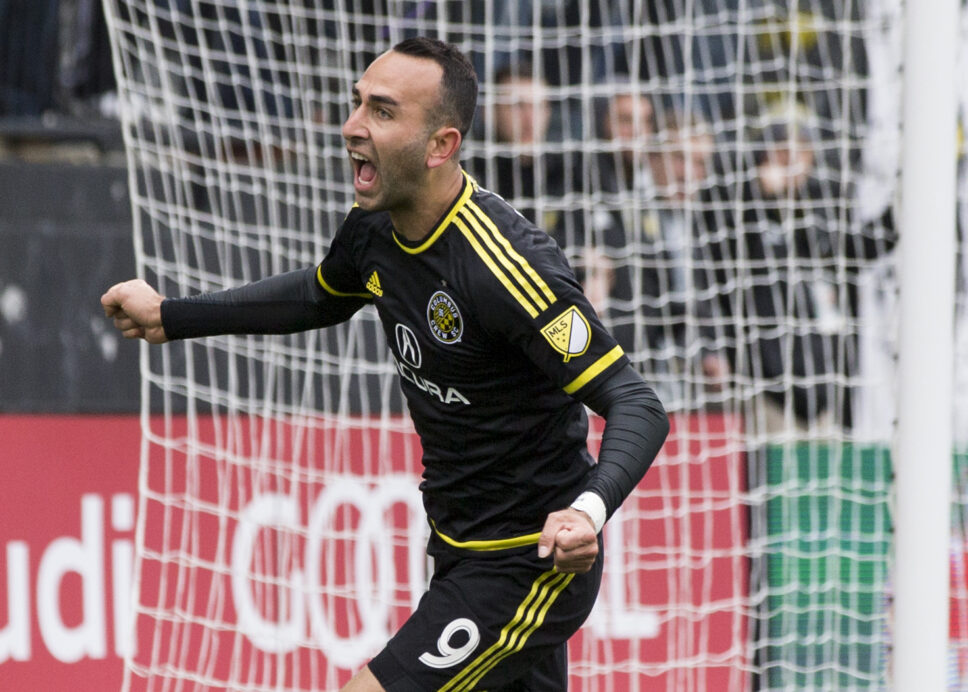 Deep down, Justin Meram knew it was time to move on. He’d been with the Columbus Crew for seven years and, in those seven years, he’d grown into one of the league’s elite wide players while coming close to an MLS Cup on several occasions.

But Meram knew it was time, prompting an offseason trade request. Now, the 29-year-old winger has found his new challenge, and, for him, it’s an exciting one.

Meram was traded to Orlando City on Monday in exchange for over $1 million in allocation money. By moving to Orlando, the winger joins a rapidly rebuilt Lions attack, one that features fellow offseason acquisitions in Sacha Kljestan and Josue Colman as well as last season’s big signing, Dom Dwyer.

After seven years in Columbus, the process has been one big adjustment for Meram. For the first time in his professional career, he’s on the move. It’s a big a change, but it’s one Meram is looking forward to.

“It’s definitely exciting,” Meram told SBI. “Obviously emotional leaving the group and a team I spent many years with. It was time. When Orlando was in the picture, it was an exciting moment for me knowing a club that I wanted to go to and a coaching staff I wanted to play for was knocking on the door to get me. We made it happen and here I am.

“I see a lot of talent and a lot of talented guys coming together to achieve one goal is scary, scary good. I’m excited and hopeful I can put the ball in the back of the net for this club as well. Once you get everybody on a roll, everyone is going to start following and good vibes will be around the group. I’m excited.”

The process of Meram’s move to Orlando began late last season, at least internally. As the Crew reached the stretch run, Meram says his feelings began to change. Deep down, he felt that his time in Columbus was coming to a close, for a variety of reasons. Once the Crew fell to Toronto FC in the Eastern Conference final, a decision was made.

It was a difficult choice for Meram. He had been drafted by the Crew in 2011. He’d become part of the team’s spine throughout the past several years, joining players like Wil Trapp and Federico Higuain as consistent pieces throughout the team’s contending years. He’d grown with the club, developing into a player capable of playing on the international level with Iraq.

But, deep down, Meram felt it was time for a new move, a new challenge and a new team.

“There are many pieces to it,” Meram said. “I’m not going to lie, the Austin thing has a little bit to do with it, but it was moreso about myself and my career. I wanted a new challenge. I wanted a fresh start. I wanted to grow as a player and get another look under a new coaching staff and a new city.

“Sometimes some people thought I was leaving because we fell short. I would have loved to have won and moved on because that would have been a swansong, so to speak. I wish I won more for the club, but inside I knew it was time. I wanted a new challenge and that’s moreso just what happened and why the trade went through. It was on me and what I want in my career. Seven years at one club is a long time. I’m forever grateful for Columbus and thankful that they drafted me and I’m glad they got what they deserved with the transfer. ”

Meram spoke to Crew head coach Gregg Berhalter soon after, and the Crew boss said he would look to move Meram in a way that made sense for the club, much like the team ended up doing with Ola Kamara. Berhalter wasn’t thrilled by the idea of losing one of the team’s top attackers, but Meram says his longtime coach was patient, helpful and understanding throughout the situation.

“The line of communication was open from the beginning,” Berhalter said on a conference call. “I have a lot of respect for him and how he’s helped this team and organization. We have a great relationship. When I learned of his desire to play at another club, it wasn’t easy because of that connection, but I also understand he’s been at the club for seven years and we were up front with him in saying he wasn’t going anywhere unless we get the appropriate value for him.

“It wasn’t easy because he’s a great guy and a very good player. It puts the player in a position to pursue the next chapter of his career and it gives us the resources to be stronger.”

While the Crew got a nice haul of allocation money, Orlando City also received a nice piece in the deal. Meram is coming off of a career year, one which saw him fire a career-high 13 goals while adding seven assists. In his seven-year MLS career, he has scored 37 goals, with 32 coming over the past four seasons.

Now, the task is adapting that production with Orlando City’s new attack. While head coach Jason Kreis has long been an advocate of the diamond, this Lions team is dangerous out wide. With Meram, Colman and Kljestan behind Dwyer, the Lions have a fierce attacking unit, and Kreis believes Meram is a perfect fit for it.

“He’s good so far,” Kreis said after Meram’s first training session on Tuesday. “From a technical and tactically-smart player. He’s really high in both those players. His work rate is excellent as well. He’ll fit in very, very well with our group.”

“I’m sure he has a gameplan that he’ll share with me at some point,” Meram said. “I’ll be all on board. He’s a coach that likes to have the ball at your feet and playing and moving and that’s where my successes came from.”

Kreis says Meram still needs time to integrate and find his fitness ahead of the new season. He’ll need time to adjust to only his second professional team and his first new coach since Berhalter took over the Crew in 2013.

His new task? Helping lead Orlando City to the club’s first playoff berth. After a number of frustrating seasons, the Lions have spent big this offseason to bring in players like Kljestan, Meram, Colman and Oriol Rosell.

“It’s the right time for me to join a club that wants success,” Meram said. “We got great pieces to make it happen. Now, it’s not about talking. It’s about doing. We’re going to work hard in training camp and be ready in March.”