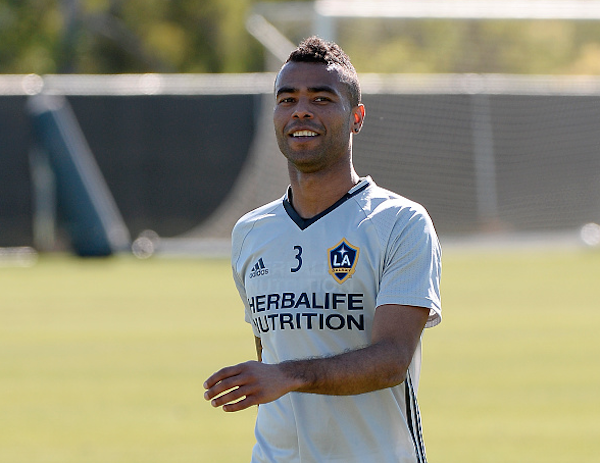 Ashley Cole is gearing up to spend his third season in MLS, as the LA Galaxy have signed the defender to a new contract with the English left back, according to the Los Angeles Times.

Cole has flown under the radar a bit during his time with the Galaxy, but he’s been a steady force for the historic franchise, playing 55 regular-season contests.

The report also states the Galaxy will re-sign midfielder Baggio Husidic, who has been with the club since 2014.

The latest player to join Major League Soccer from Costa Rica will play for the Portland Timbers in 2018.

Cascante has spent the last two seasons with the Costa Rican powerhouse and he’s made a single appearance on the international stage for Costa Rica.

“Julio is a young but experienced central defender already having played in over 100 professional matches,” Timbers general manager and president of soccer Gavin Wilkinson said. “We have monitored his progress for over a year, and have targeted him to help strengthen our backline. Julio brings an intense focus and awareness to the game and possesses a number of characteristics we believe will help propel him to the next level in his career.”

After revealing on Twitter before the holidays that he was joining LAFC, Jordan Harvey’s deal with the expansion club was made official on Tuesday.

The 33-year-old free agent, who is from southern California, spent the last seven seasons with the Vancouver Whitecaps.

Harvey has made 270 MLS appearances for the Whitecaps, Philadelphia Union and Colorado Rapids.

“Jordan has established himself in MLS, and his knowledge of the league is going to be invaluable to us as we build our club,” LAFC head coach Bob Bradley said. “I look forward to his leadership and the stability he provides both on and off the pitch.”

FC Dallas bolstered their defense with the signing of 31-year-old Swiss left back Reto Ziegler on Tuesday.

Ziegler comes to Oscar Pareja’s side from Luzern in the Swiss Super League. The owner of 35 international appearances has made stops at Sampdoria, Fenerbahce and Tottenham Hotspur among others since turning pro in 2002.

Moreno, who comes to D.C. from Zulia FC in Venezuela, has made four appearances for Venezuela and made his debut for the senior national team in a 2017 friendly against the U.S. Men’s National Team.

The 17-year-old Rhode Island native has been a part of the team’s academy for the last four seasons. The midfielder has been called into U.S. Under-17 National Team camps in the last year.