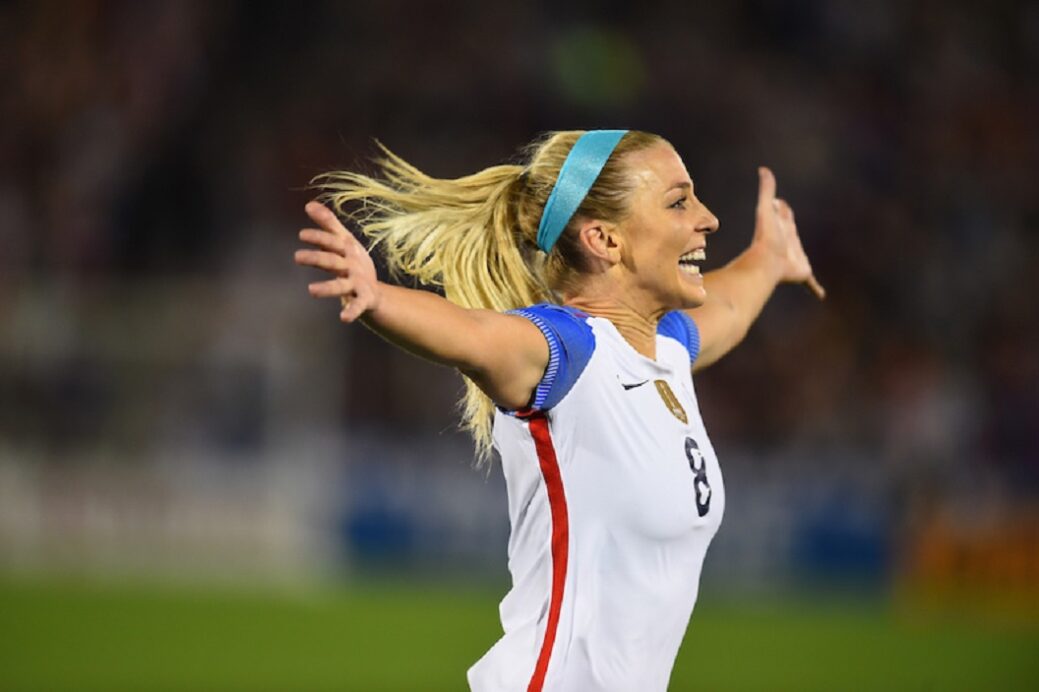 She scored the USWNT’s second goal in their 5-1 demolition of Denmark, end then learned of her husband’s accomplishments afterwards.

Ertz is married to Philadelphia Eagles tight end Zach Ertz, who had just defeated the Minnesota Vikings in the NFC Championship game, thus making it to Super Bowl LII against the New England Patriots.

The USWNT Twitter account captured the moment she learned of her husband’s good fortune after the match.

As soon as the whistle blew here in San Diego, we had some good news for @julieertz…💚🦅@ZERTZ_86 & the @Eagles are heading to the @SuperBowl! pic.twitter.com/dI5MvG53VR