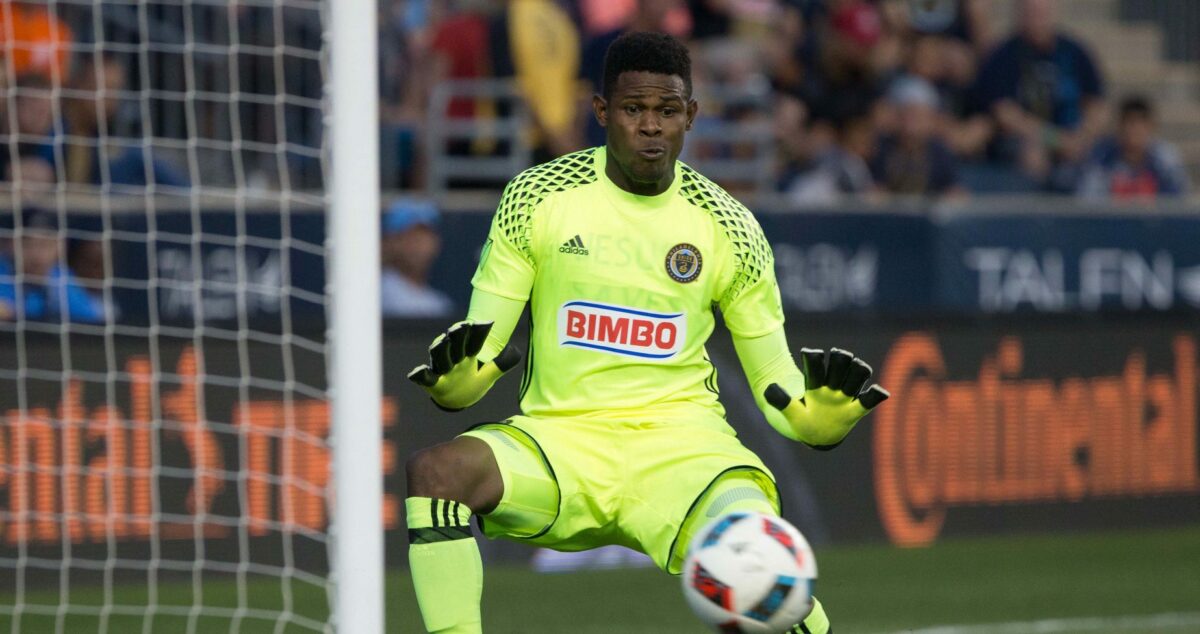 Andre Blake has proven himself as one of the top goalkeepers in MLS over the past few years, and he will now reportedly get paid as such.

Goal.com reported on Monday that the Union have signed Blake to a new guaranteed contract that will make the 27-year-old Jamaican one of the highest-paid goalkeepers in MLS. Questions abounded about Blake’s future in Philadelphia after he drew interest from multiple English clubs last year, but it appears he will stay put after coming to terms with the club on a multi-year deal.

A standout performer for the Union over the past two seasons and the winner of the 2016 MLS Goalkeeper of the Year award, Blake started in each of the 26 league games he appeared in for Philadelphia last season. He recorded nine shutouts and made 88 saves in those matches.

Blake also impressed with Jamaica’s national team in 2017 by helping lead the side a runner-up finish at the CONCACAF Gold Cup. He started all six of the Reggae Boyz’s matches in that tournament and posted three cleansheets.