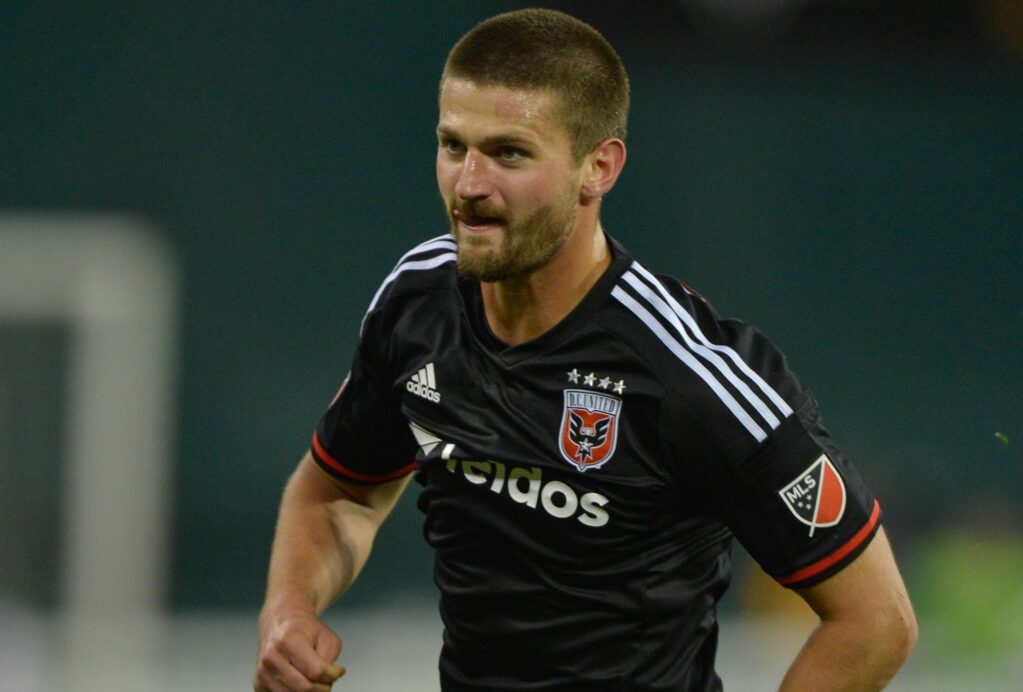 After spending two seasons in Scotland and Denmark, U.S. Men’s National Team midfielder Perry Kitchen is on his way back to MLS,

The LA Galaxy have sent $200,000 in Targeted Allocation Money and $100,000 in General Allocation Money to D.C. United to acquire the MLS rights of the 25-year-old midfielder. The deal was first reported by ESPN.

Following the trade for his rights, the Galaxy are set to complete a free transfer for Kitchen, who last played for Randers in the Danish SuperLiga.

“Perry has proven himself to be a top midfielder in Major League Soccer during his time with D.C. United,” said Galaxy Head Coach Sigi Schmid. “He has continued to progress during his time in Europe and we are confident he can bolster our midfield. At only 25 years old, Perry is already an MLS veteran and will be a great addition to the LA Galaxy on and off the field.”

Kitchen played the last two years overseas after leaving D.C. United for Hearts in Scotland in 2016.

The 25-year-old made 158 appearances for D.C. over five seasons recording 10 goals and 10 assists.