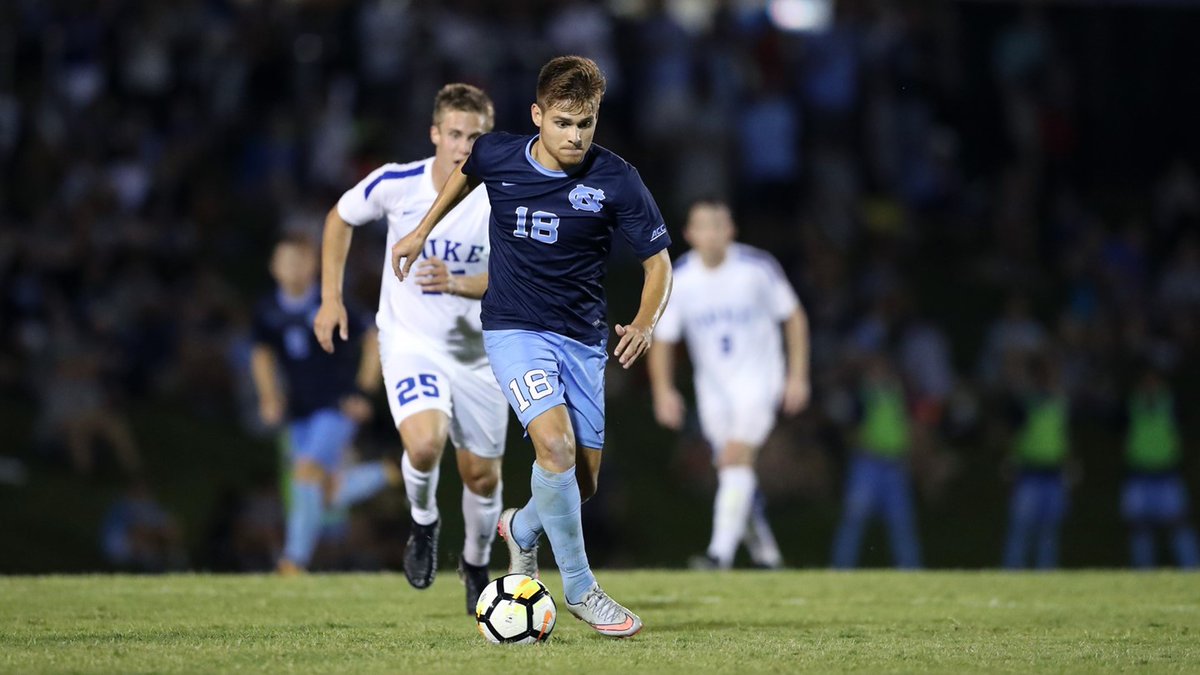 Alan Winn admittedly needed college soccer to help him grow as a player.

After four years at North Carolina, the forward is one of the top prospects available for the 2018 MLS Draft because of the skill set he honed throughout his collegiate career.

“It’s built me on the field in terms of physicality. I was good soccer-minded, but I thought I was ready to go professional right off of residency and right out of high school and when I got to college I found out I wasn’t physically ready so I was very blessed to have the college route,” Winn told SBI. “If I was to go through as a Homegrown, I don’t know how I’d do physicality-wise. I don’t know if the teams would like me because I wasn’t just ready for that. The college scene really helped me prepare for the next level.”

Winn developed into one of the top forwards in the ACC, which many regard as the top conference in college soccer, thanks to the development of a few intricacies in his game that will help ease the transition to the style of play in MLS.

“I believe that I’m very good in the final third,” Winn said. “I really learned, especially throughout my senior year, how to attack that mindset. It’s not to say I was different the last three years, but I just found a way in the final third to execute my plays and I feel like I could be a threat on the wing, the left forward wing, and that’s my prime position where I’m really comfortable.”

“I think one of his strengths is he’s a hardened player, competing with the Under-17 national team, he had to go through the grind of that that selection and competition and then playing in the ACC, he’s a very hardened player in that regard in terms of having to compete and knowing that he has to compete on a day-to-day basis. I think that’s a tremendous benefit to these guys that they are battle tested,” North Carolina head coach Carlos Somoano told SBI.

Winn recorded 11 goals and two assists in 17 games for the Tar Heels in 2017, including a stretch early in the season in which he found the back of the net seven times in six games.

“His battle has generally been consistency. He can be a little bit up and down. I think this past year was probably his strongest year in that regard,” Somoano said. “He’s just grown and become emotionally mature, which all the students we have come through do, and that really benefits him because it levels his performances off as well.”

Although he’s listed as a forward, Winn’s skill set also helps him attack opponents on the wings. The native Texan embraced his runs on the flanks and relished taking on defenders throughout his time at UNC.

“I believe that I’m a threat in taking players on and really opening up the defense and spreading them out wide and staying on the touchline and coming in,” Winn said. “Really just moving the defense around so they become disorganized. I feel those are my strengths as well as going in behind with my timing and running off the ball. That’s what I feel is a really strong asset that could help me make an impact in my first year.”

“He’s a pacy player and he can carry the ball and he’s hard to deal with one-on-one and in individual attacking duels,” Somoano said. “He’s capable of putting defenders on their heels both on and off the ball. His best attribute is his penetrating runs, his ability to run in behind defenses. He’s got great timing and he finds good pockets to get in behind.”

With the experience he’s gained at North Carolina both on and off the field, and through playing in the ACC, Winn should be able to make a difference from the start in a league in which competition for roster spots grows each season.

“I feel like he’s grown since he’s been here on and off the field,” Somoano said. “To me, should be a valuable trait for any professional in any endeavor that they take on. I think the more experiences you have as a soccer player are important.”

“I hope that he’s enjoyed his time at Carolina, but I know that Carolina is a very demanding environment,” Somoano said. “It also helps student-athletes grow on and off the field and our environment soccer wise is internally competitive and I think that’s one of the things that he and the other ACC teams alike would benefit from as well.”

That soccer experience combined with maturity gained from four years at UNC makes Winn an even better prospect that what he would’ve been in years past.

“Soccer-wise, it’s not as bad as people think,” Winn said. “Everyone dogs it, but it helps. There’s no bad quality about it really. It’s your preference. If you want to go pro sooner, but I had the confidence that would one day become a professional because that was my mindset but I also wanted to get a degree at the same time.”