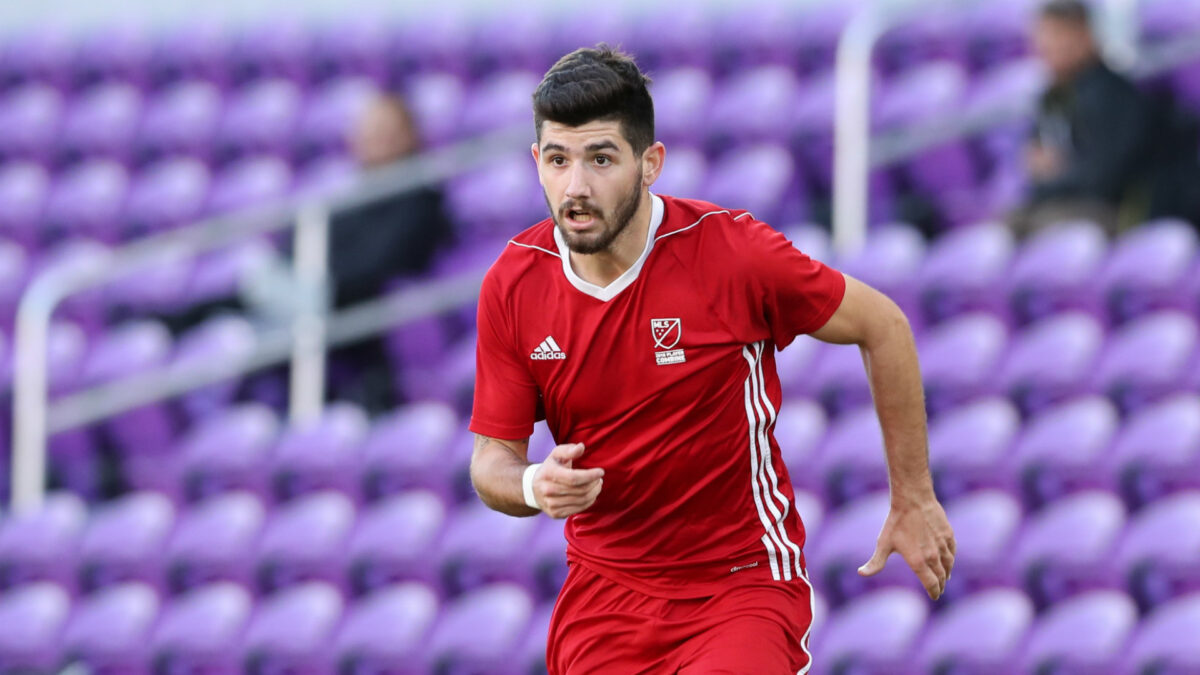 With two days of MLS Combine action in the books, the player draft rankings for all of the league’s 23 teams have surely changed quite a bit. And while they will change even more between now and Friday’s MLS Draft, it’s time to have a look at where players are being rated at the moment.

There are some serious changes in the latest SBI MLS Draft Big Board. Some have been driven by players either seriously boosting, or seriously hurting, their draft stock at the combine. The shift in player values is also a product of the growing sentiment that teams will be putting a heavy premium on landing American players in the draft due to the limitations of international player slots.

This is why we could see some very talented foreign players slip out of the first round, while some American prospects could be taken earlier than expected by teams that can’t afford to spend international roster spots on draft picks.

With that in mind, here is how we can see the 2018 MLS Draft shaking out, based on current player ratings:

Bob Bradley takes the young Portuguese left back, who will need time to develop, but boasts an impressive skill set at a position of scarcity. LAFC could also choose to trade down, and stockpile picks and allocation money from the teams currently holding multiple first-round picks and cash to spend.

The Galaxy don’t have an immediate need for attacking help on the flanks, but Atuahene’s speed and Generation Adidas status makes him a tough player to pass on.

D.C. United could use some defensive depth, so Tomas Hilliard-Arce is possible here, but having a chance to bring in a young American target forward on a Generation adidas contract makes sense. D.C. United is also sure to generate plenty of trade interest for this spot.

Remi Garde may not have been familiar with the MLS combine, but chances are the new Impact manager loved what he saw from Bakero.

Defensive depth is a key priority for the Loons, and having Hilliard-Arce fall to them is an ideal scenario. There are real questions about Hilliard-Arce’s ability to pass and possess the ball, and defend in space, not to mention some teams will be scared off by his guaranteed six-figure senior contract, but the Loons should pounce on Hilliard-Arce if they choose to keep this pick.

The Lions have boosted their midfield considerably this winter, and while adding some defensive depth would be preferred, they’ll happily grab Mueller, a talented and versatile attacking threat.

The Impact will be very tempted to grab a Generation adidas player like Ema Twumasi here to provide some help with the salary cap, but snagging a quality right back option makes sense as well.

The Revs won’t pass on a chance to add a Generation Adidas player, and Adams helps offer some depth and toughness in the defensive midfield role. Adams missed the first two games of the MLS combine, but the Revs should have seen plenty of Adams nearby at Syracuse.

The Revs can use a big forward after the departure of Kei Kamara, and Lopez-Espin has been the most impressive of the big forwards in the combine. Sporting good feet and excellent movement, Lopez-Espin could thrive in New England’s attack.

RSL has plenty of wing options, so grabbing a big forward makes sense for depth purposes and Thiaw established himself as a proven goalscorer at Louisville. He also has a green card, which should ensure a top 10 spot in the draft for him.

Oscar Pareja’s squad already has the quick and shifty Michael Barrios, but taking a Generation Adidas player at this spot makes sense, and Twumasi would be a steal at this point. Considered a top-five prospect before showing up at the combine in poor shape, Twumasi shouldn’t fall much further than this, assuming he slides at all.

Americans are at a premium in this draft, and the Earthquakes can’t afford to spend an international spot on a draft pick, so taking a quick winger like Winn makes sense.

After having dealt away Saad Abdul Salaam, Sporting KC reloads at right back with a raw prospect in Segbers, who impressed at the draft despite not having played much as a right back in his college career.

After hitting big with Julian Gressel in last year’s draft, look for Tata Martino to take the best American he can land, and Krolicki can provide some central midfield depth.

The Fire should have seen Gallagher more than anybody in MLS, and if they did, they’ll know what a goal threat he can be. His disappointing combine has put him at risk of sliding deep into the late first round as teams dread his combination of a senior contract and international status, but the Irish forward could wind up being a steal.

The Red Bulls can use some depth at the fullback position, and the speedy Fiddes can serve as an understudy to Kemar Lawrence, and potential replacement if he pans out.

The Whitecaps can use a backup goalkeeper, and Caldwell is the consensus top choice goalkeeper in the draft, though some rate Michael Nelson as a better long-term prospect.

Having already landed a good right back prospect in Segbers, Peter Vermes takes another American defender in Omsberg, who possesses the kind of size and athletic ability SKC can groom in its top defensive system.

Another team that will be looking for a good American talent in order to protect its international slots, NYCFC won’t mind finding Roldan here. The younger brother of Cristian Roldan was more of an attacking threat in college, but could develop into a similar player to his brother, which NYCFC will be hoping happens.

The Dynamo ride the American prospect wave and add some right back depth in Stauffer, who impressed

After losing Kekuta Manneh this winter, the Crew could look to add another quick African winger in Opoku, who struggled at the MLS Combine, but still offers the Generation Adidas tag.

The Sounders don’t have many glaring needs, so taking a quality American prospect will be the priority, and Lema is a steady defensive midfielder who could fit in well as a depth option behind Osvaldo Alonso and Cristian Roldan.

After losing Raheem Edwards in the expansion draft, TFC could use some forward depth, and Musovski entered the combine as a highly-rated option, even if his combine performances led to him sliding this far.