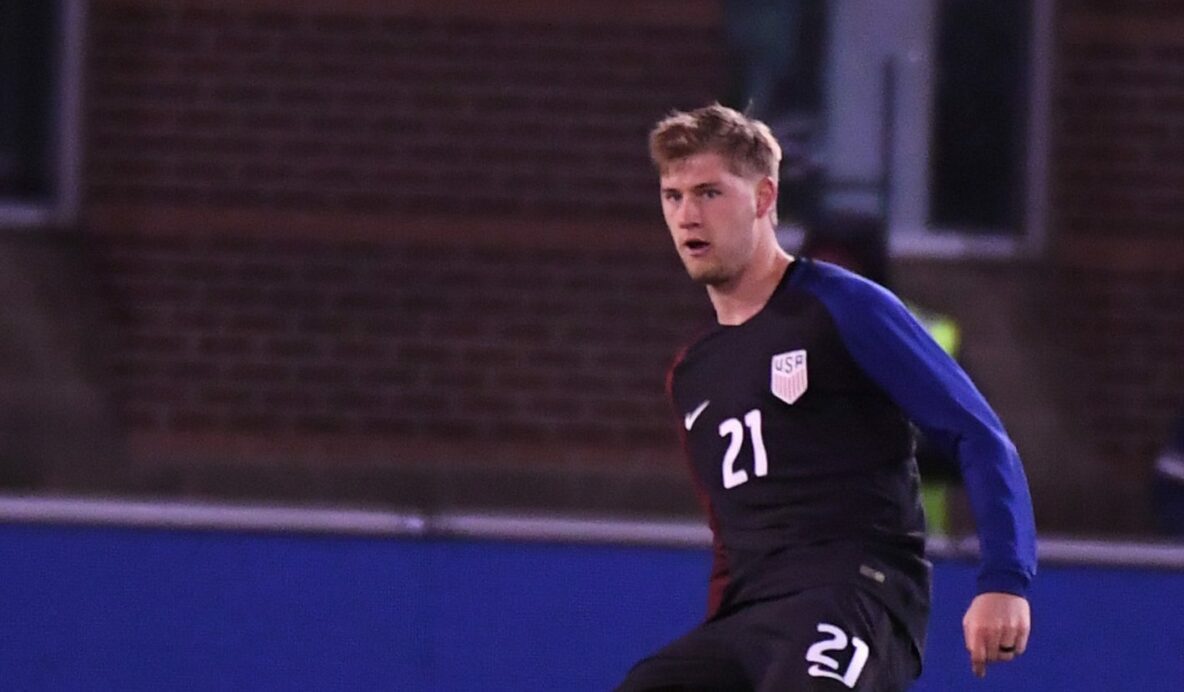 It’s a big year for many throughout American soccer, but 2018 will be a particularly interesting challenge for Walker Zimmerman.

On the club level, Zimmerman is now tasked with being the present and future of LAFC, a club that has pegged him as a potential defensive anchor for years to come. Internationally, he’s one of a number of up-and-coming defenders now vying for a more consistent place with the U.S. Men’s National Team.

For the past three years with FC Dallas, Zimmerman has shown that he can be one of the best defenders in MLS. Now, he’s tasked with taking yet another leap forward by taking on a pair of big-time challenges for club and country.

“For this year, I don’t want to set any goal too low,” Zimmerman said while on USMNT duty as he kickstarts a busy 2018 with January Camp. “I want to make it attainable, but something I’m chasing. For me, on an individual level, I want to get called in to each and every camp. It’s about not being in and out, but trying to become a staple here and taking every opportunity seriously and knowing how much it can do for your career.

“On the club level, we’re chasing championships, chasing trophies. That’s something we want to be clear about up front. We’re not coming in as an expansion team hoping to compete. We want to dominate, set a tone, set a culture within our locker room by winning. That’s our goal as a club: walk away with trophies.”

Like many currently in January Camp, Zimmerman watched from afar as the USMNT failed to make the World Cup. He’s seen the aftermath and the uncertainty that’s come since.

Now, he wants to be a building block. At 24 years old, the LAFC defender would be in his prime heading into the 2022 World Cup, and Zimmerman wants to push to be a key part of the team’s culture shift heading towards that cycle. It remains to be seen what the 2018 schedule will look like, but Zimmerman expects to play his part as the focus turns towards 2022.

“There’s a lot of motivation for a lot of players, myself included, to make sure this doesn’t happen again,” he said. “We can become a team that sticks together. We can approach 2022 from this day right here. This is the first day of 2018 camp and we don’t want to start getting serious come qualifying. We want to set the tone now for the years to come and hopefully continue to create a culture of pride that we all have in this country. ”

“We had Walker in last year,” added USMNT interim boss Dave Sarachan. “I like Walker. He’s a good young defender who I think has a lot of potential and I think his best soccer is ahead of him. Hopefully he stays healthy in this camp and shows well. I think he’s a good strong defender who has a number of games under his belt.”

For Zimmerman to achieve those USMNT goals, he’ll have to thrive on the club level.

Shortly following MLS Cup, LAFC began an aggressive push to fortify its roster with MLS talent. Zimmerman is at the forefront of that, joining players like Benny Feilhaber, Laurent Ciman, Latif Blessing and Marco Urena in bringing MLS experience to the expansion side. LAFC sent $250,000 in General Allocation Money and $250,000 in Targeted Allocation Money to FC Dallas in exchange for Zimmerman’s rights, an impressive haul for a defender.

The partnership between Ciman and Zimmerman will almost certainly be a vital piece of LAFC’s successes or failures. Both are coming off up-and-down seasons. Ciman took what appeared to be a step back with the Montreal Impact considering his previous Defender of the Year-level form. Zimmerman, meanwhile, was part of an FC Dallas team that absolutely collapsed down the stretch, missing the postseason after looking like an MLS Cup contender.

Zimmerman isn’t just targeting a postseason run, though. He believes LAFC can be much, much more, even when compared to Atlanta United’s successes of 2017.

“If the standard is making the playoffs, we want more,” he said. “We want to win MLS Cup, chase Open Cup, chase Supporters Shield. I dont’t think we want to set any goal too low. If we set it for the playoffs, and you’re happy with that? I don’t think that’s how the mentality of our group is going to be.”