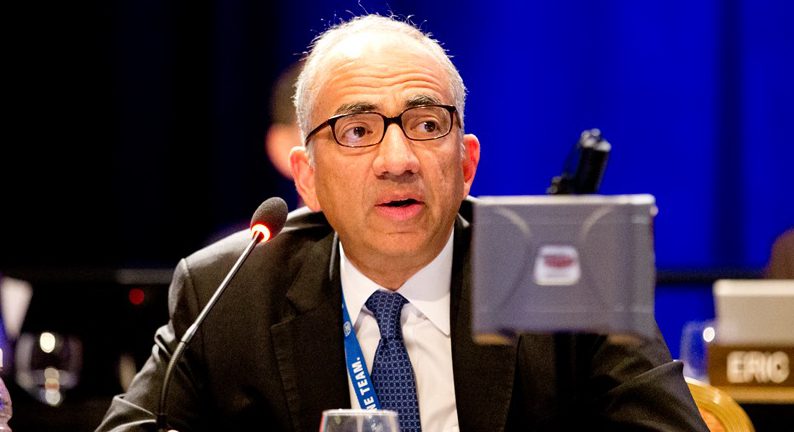 It took three round of voting, but current U.S. Soccer vice president Carlos Cordeiro was elected the new president of the United States Soccer Federation at their annual general meeting in Orlando on Tuesday.

After one round of voting, Cordeiro and SUM president Kathy Carter were running neck and neck with over 70% of the vote between them. Eric Wynalda led the way among the six “change” candidates with 13.7% of the vote.

Paul Caligiuri, who garnered a mere 0.5% of the tally, dropped out after round one.

Cordeiro gained more support in the second round of voting. His total jumped to 41.8% while Carter saw hers fail slightly down to 33.3%.

Support among the change candidates leveled out with Wynalda and Kyle Martino splitting 21% of the vote.

Steve Gans and Mike Winograd withdrew after round two.

Support shifted heavily in favor of Corderio in the third round. He ended up with his 68.6% with Carter dropping all the way down to 10.6%, the same total as Martino.

Cordeiro’s tenure begins immediately. In his brief acceptance speech, he thanked his support, the previous regime headed by Sunil Gulati, and the other candidates for a spirited campaign. He pledged to win the trust of those who did not vote for him in this election.