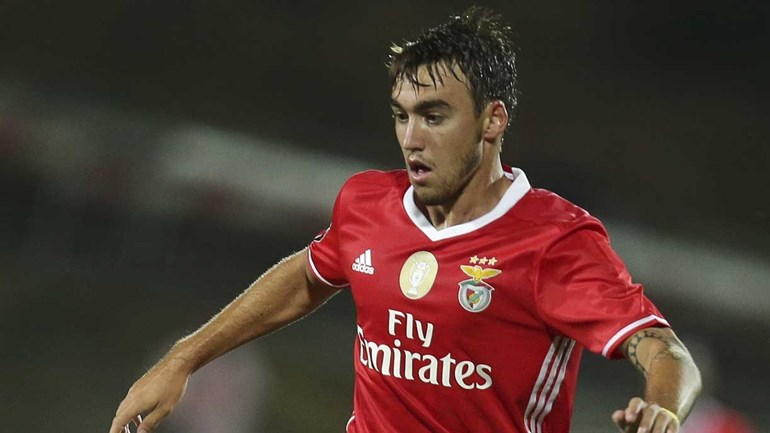 It appears that LAFC will have three Designated Players on the roster when its expansion season begins next week.

ESPN reported last week that LAFC is closing in on signing young Portuguese midfielder Andre Horta, and MLSsoccer.com added to that on Tuesday by stating that he would be added as a DP. While exact details of the move are unknown, Horta would join Carlos Vela and Diego Rossi as the Designated Players on the club’s initial squad if he is given that distinction.

The 21-year-old Horta, who has been linked with Los Angeles for several weeks now, is currently on loan at Braga from Benfica. He has one goal and five assists in 11 appearances, with his last outing coming on Sunday via a 90-minute shift in a 5-0 road win over Vitoria Guimaraes.

MLSsoccer.com’s report added that LAFC is set to sign some of the trialists that have been in preseason camp in order to up the roster total from 18 players.

Home is where the heart is. Just ask Lamar Neagle.

The Seattle Sounders announced on Tuesday that they have brought back Lamar Neagle for his fourth stint and seventh season at the club. Neagle, 30, had spent the last two years with D.C. United.

Additionally, the Sounders announced the acquisition of goalkeeper Calle Brown. The 25-year-old Calle spent the 2016 and 2017 campaigns with the Houston Dynamo, but never made a league appearance. He joins Stefan Frei and Bryan Meredith as Seattle’s netminders.
“We are happy to bring Lamar back to the club and welcome Calle into the Sounders family,” said club general manager Garth Lagerwey in a press release the Sounders issued. “Lamar gives us an experienced and reliable option in the attack, while Calle completes Tom Dutra’s goalkeeper group by giving us three solid players that we can play between the posts.”

The Philadelphia Union might be getting a much-needed creative boost in the form of an international midfielder from Europe.

Marketing agency Sport Invest tweeted on Tuesday that one of its clients, Czech Republic veteran Borek Dockal, was flying with representatives to work on a deal with the Union. Dockal is an experienced midfielder who has represented Czech Republic since 2012, and could fill the No. 10 role for Philadelphia.

The 29-year-old midfielder is currently on the books of Chinese side Henan Jianye FC but has previously played for a number of teams in Europe, including Czech club Sparta Prague, Norwegian outfit Rosenborg BK, and Turkey’s Konyaspor.

Brad Evans has spent much of the past decade calling Seattle home, but his future lies in Kansas City.

Sporting Kansas City announced on Tuesday that Evans has signed a one-year deal that comes with an option for 2019. The 32-year-old defender, who has won two MLS Cups in his career, was an MLS free agent.

“We are very fortunate to welcome Brad to our club,” Sporting KC head coach Peter Vermes said in a statement released by the club. “With his mentality and work ethic, we know what he can bring to Sporting KC, and for us to add a player with such high character and experience is an incredible opportunity. We are excited for him to be a part of our locker room.”

A veteran who is also capable of playing in midfield, Evans joins Sporting KC after nine seasons with the Seattle Sounders. The former U.S. Men’s National Team player scored one goal in 11 appearances during the MLS regular season in 2017.

Before the Colorado Rapids took to the field for their first official game of 2018 on Tuesday night, they added two forwards with distinct backgrounds to their squad.

The Rapids announced on Tuesday that they have agreed to deals with veteran Joe Mason and MLS Draft pick Niki Jackson. Mason joined the club via a season-long loan from English championship team Wolverhampton Wanderers while Jackson signed a one-year deal after being selected in the fourth round of this year’s draft.

“There’s no doubt that Joe will be a major boost to our front line,” said Rapids general manager Padraig Smith in a club-issued statement. “His finishing and movement in and around the box is very intelligent. He’ll not only help us from a goal scoring standpoint, but he’s also the type of player who makes those around him better. We look forward to welcoming him to Colorado.”

“Niki has done very well this preseason,” Smith added in another team statement. “He is a very talented, humble young man who has all the tools necessary to succeed as an attacking player in Major League Soccer. We look forward to helping him reach his potential.”