With threat of relocation looming over their heads, the Columbus Crew are trying to replicate their success from a year ago with a revamped attack.

Gone are Ola Kamara and Justin Meram after both were traded in the offseason. The former of those deals brought Gyasi Zardes to Columbus as the team’s new threat in front of goal.

Most of the pieces from the 2017 campaign are still in place, with the three most important ones being goalkeeper Zack Steffen, midfielder Federico Higuain and captain Wil Trapp forming the spine of the squad.

No matter what the lineup looks like in 2018, one of the main topics of conversation surrounding the Crew is the threat of the move to Austin.

Even with the relocation process dominating the news cycle in Columbus, the team is focused on what it can control.

“We’re not in a position to influence what happens off the field,” Crew manager Gregg Berhalter told SBI. “All we can do is give the fans a good product on the field and work as hard as we can as a group and that’s what we’re paid to do.” 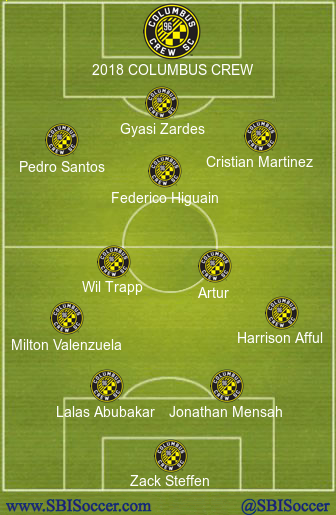 Gyasi Zardes enters 2018 as one of the most under-pressure Americans in MLS. After scoring 16 goals in 2014, Zardes has found the back of the net on 14 occasions over the last three seasons.

A change of scenery should benefit the 26-year-old, who is expected to be the main scoring threat in the Crew’s attack.

“I think Gyasi has a lot of quality,” Berhalter said. “He’s a very good player. He has a willingness to learn and is very good striking the ball with the ability to separate and get a shot, good movement in the penalty box and all those things we think set up well in our system to score goals. The team revolves around getting him goal-scoring opportunities and he’s done a good job so far of capitalizing on that.”

Pressure Is On: Pedro Santos

With Meram and Kamara gone, Pedro Santos must step up on the wing as the Crew look to hit opponents from all angles in attack.

Federico Higuain is a known quantity at the No. 10 and Zardes is expected to garner attention up top, which opens the door for the Portuguese winger to slip through the cracks and provide the threat on the wings that Meram and Ethan Finlay provided during their time with the Crew.

While most of the on-field focus may be on the attack to start the season, and rightfully so, those further back in the lineup deserve attention as well.

Steffen shined in his first full season as the Crew’s starting goalkeeper, and if progresses more in 2018, he could vault to the top of the discussion for the U.S. Men’s National Team starting netminder of which he’s already included alongside other young talents.

“We don’t put any more pressure on him than we do all of our guys,” Berhalter said. “What we want to see is him continue to develop. Zack’s a guy in that category if he can take another step forward this season.” 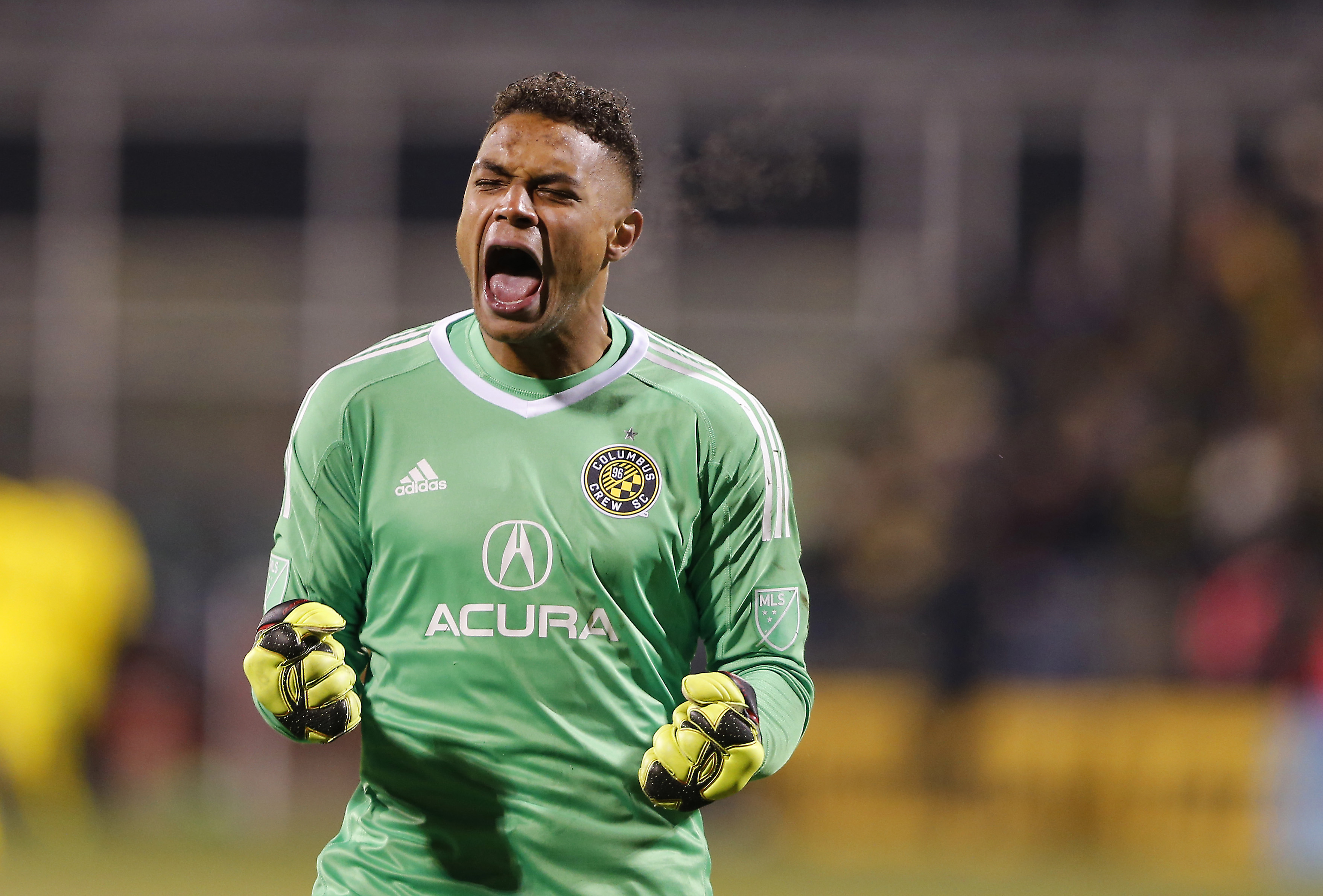 Berhalter believes Trapp already took that next step into being a star for the club last season, when the midfielder was named captain.

“I think Wil already took the next step last year,” Berhalter said. “He was the captain of the team and he did a very good job in a leadership role so for me that’s already taking the next step. Wil is continually working at his game and looking to improve. You want that mindset from your captain and he’s a guy that leads by example.”

There’s no debating the star power the Crew have in their lineup, but questions remain in the back.

Jonathan Mensah must improve on his shaky-at-best debut season in MLS, while an adjustment process is expected for Milton Valenzuela at left back.

The good news for the Crew defense is Trapp and Artur, arguably one of the top central midfield pairings in MLS, sit in front of them to provide some needed cover.

How the new front four led by the experienced Higuain and Zardes could be the determining factor of where the Crew land in the standings in an Eastern Conference that’s seen more improvement this offseason.

“I think everyone in the league is getting better and it happens every year where there’s good players injected into every team,” Berhalter said. “The East is no exception this year. I think it’s going to be a difficult conference and we’ll see what happens. We know we want to put ourselves in position to compete.”

One of the main goals for the Crew is to maintain their impressive home mark from a year ago. The 12-3-2 record at Mapfre Stadium made up for a 4-9-4 road mark.

“Like any season, your home form is extremely important,” Berhalter said. “We’re focused on winning as many games at home as possible. We had a very good home record last year and want to continue that this year.”

On paper, the Crew have enough talent to finish in the top six of the East since the non-playoff teams from a year ago haven’t done in the offseason, except for Orlando, to be deemed a playoff contender.

With Steffen and Trapp taking yet another step up in their respective games and the new faces adjusting throughout the season, the Crew should put themselves in a position to do more damage in the postseason in 2018.