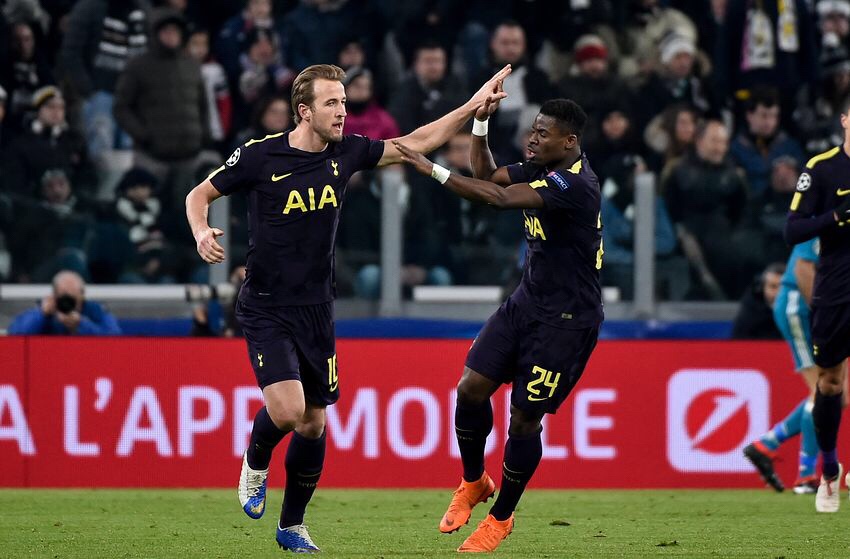 The UEFA Champions League Round of 16 kicked off on Tuesday with four teams looking for an early advantage in their first league matchups.

In the must-watch match of the day, Tottenham fought their way back with a pair of away goals to draw 2-2 against Juventus in Turin.

Mauricio Pochettino’s side used goals from Harry Kane and Christian Eriksen to cancel out a brace from Juve striker Gonzalo Higuain. Higuain opened things after two minutes, finishing off Miralem Pjanic’s assist into the bottom-left corner.

The Argentine added to the Old Lady’s lead in the ninth-minute from the penalty spot after Ben Davies fouled Federico Bernardeschi inside of the box.

Kane rounded Gianluigi Buffon on a breakaway to pull Spurs to without one after 35 minutes. Higuain missed his chance for a hat trick in stoppage time, striking the bar on his second penalty attempt of the evening.

Eriksen’s ninth goal of the season put Spurs in good position for March’s second leg, after beating Buffon with a right-footed free kick. Buffon made four saves in the draw, while Hugo Lloris made a trio himself.

The two will face off at Wembley Stadium on March 7th for a spot in the quarterfinals.

Manchester City netted four goals, including three in the first-half for a dominant 4-0 first leg road win at Basel. Ilkay Gundogan led the way with a brace, while Bernardo Silva and Sergio Aguero also found the back of the net.

Gundogan added his second of the evening in the 53rd-minute, beating Tomas Vaclik from outside of the box. The German now has four goals on the season in all competitions.

Brazilian keeper Ederson made three saves in the win, and was hardly troubled inside of the box. Vaclik made a trio of saves as well, keeping the scoreline from being much worse.

Manchester City return to the Etihad Stadium on March 7th for the second leg, knowing they are in prime position to advance to the quarterfinals.