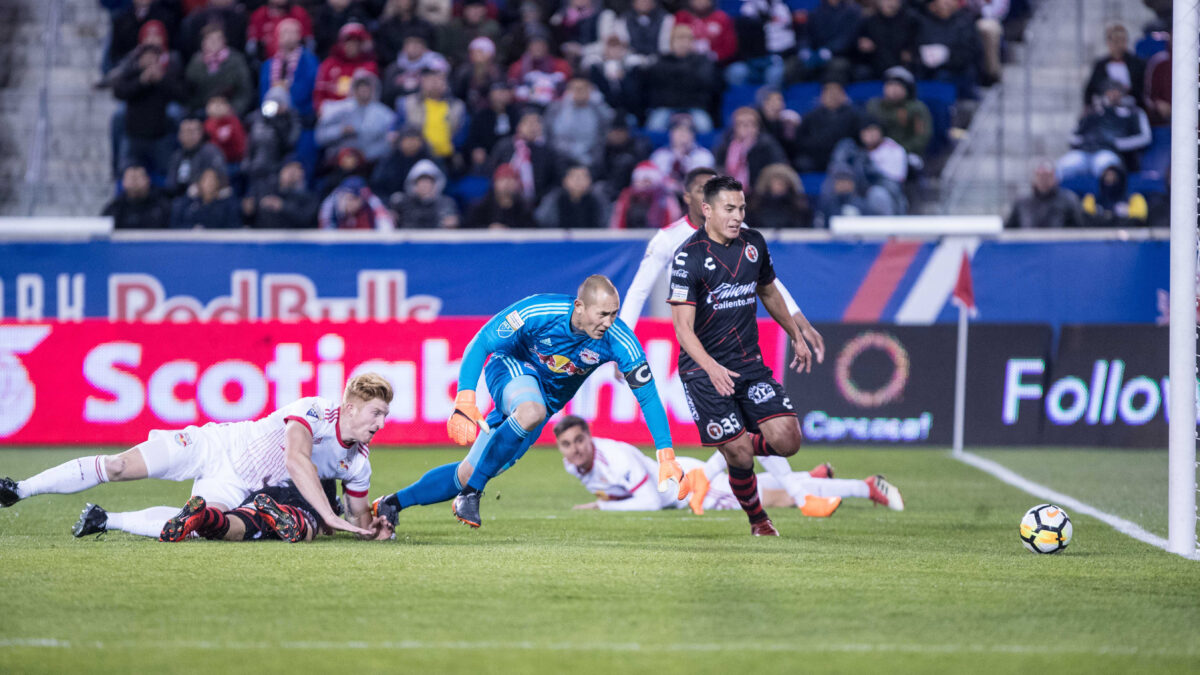 It wasn’t a good day for Americans Abroad in the CONCACAF Champions League, even if one did impress with an assist.

Rubio Rubin provided an assist on Club Tijuana’s lone goal in a 3-1 loss to the New York Red Bulls. Rubin was making just his sixth appearance for the club after signing in Mexico over the winter.

In the other CCL match, Jose Torres did not dress for Tigres as the Mexican champions crashed out on away goals against Toronto FC.

Copa MX action continued on in Mexico with Landon Donovan providing the big highlight. The former USMNT star came on as a late substitute and scored his penalty kick in the shootout in Club Leon’s loss.

Elsewhere, Cameron Carter-Vickers and Ipswich Town struggled to a loss in Championship play.

Alehandro Guido did not dress for Club Tijuana.

Michael Orozco and Fernando Arce Jr. did not dress for Club Tijuana.

Jose Torres did not dress in Tigres UANL’s 3-2 win over Toronto FC on Tuesday.

Landon Donovan came on as a 79th minute substitute in Club Leon’s 1-1 (7-6) loss to Atletico Zacatepec on Tuesday.

William Yarbrough dressed but did not play for Club Leon on Tuesday.

Jorge Villafana did not dress for Santos Laguna on Tuesday.