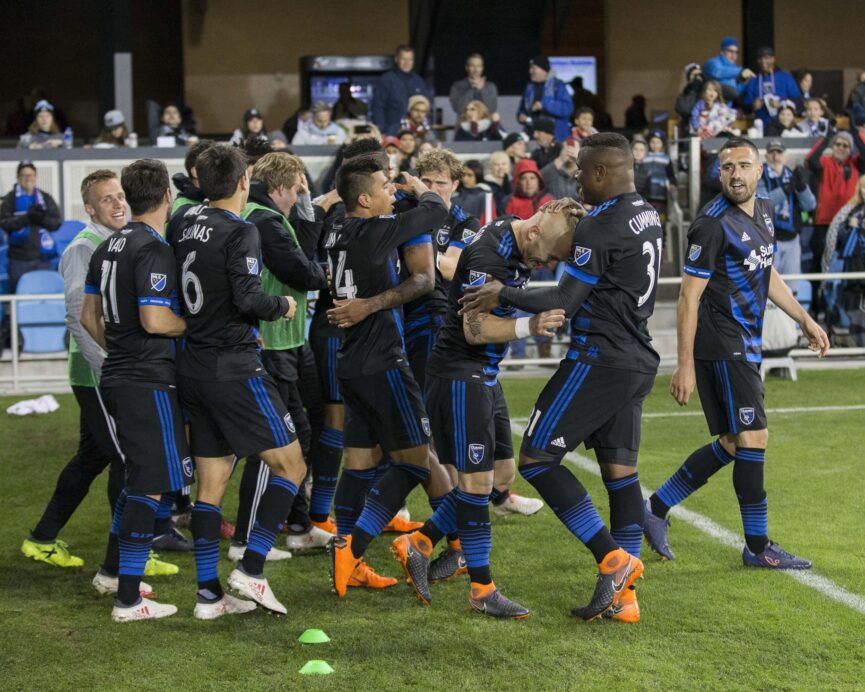 Hoesen and Vako were involved in each of the Quakes goals on the night, linking up well, and finding space between the Loons centerbacks. Despite taking a three-goal lead, the Quakes narrowly edged the visitors 3-2 after Kevin Molino scored twice late.

The Quakes spent much of the first half creating chances off of quick attacks and set pieces, but missed a number of quality chances. In the first 30 minutes of the match, they outshot the Loons eight to two and earned a slight edge in possession.

The Quakes broke through in the 27th minute after applying pressure for much of the first half.  Vako received the ball on the left wing and found Hoesen at the top of the box. Hoesen took the chance first time and finished to the right side of the goal past a diving Matt Lampson.

Just one minute later Vako was the goal scorer, as he was the recipient of a  low cross on a counter from the right side of the box by Chris Wondolowski. Hoesen made a smart run to the near post, creating space for Vako to easily finish the chance low.

Things got worse for the Loons before halftime, when Abu Danladi had to leave the game in the 29th minute for an apparent hamstring injury that could see the young attacker sidelined for a while. Christian Ramirez replaced Danladi for the remainder of the match. Ramirez sparked a bit of a Loons revival with the visitors finishing the half stronger than they had started.

Hoesen got himself involved in the scoring again in the 59th minute. A nifty give and go with Vako saw Hoesen streaking into the box, firing a low shot across his body to finish at the far post. The goal offered yet another dagger to a Loons team that was starting to find the game to in the second half.

Molino pulled two goals back for the Loons after the 80th minute, giving Quakes fans a tense final 10 minutes.

The Earthquakes will be pleased with their play on the night. It was a solid early season performance by the home side, but there are plenty of issues Stahre needs to examine in the coming weeks. The Quakes travel to Sporting Kansas City next weekend, while the Loons head to Orlando City.

Hoesen’s two-goal performance was heavily enabled by some fine work by the Quakes midfield, but he created chances with the ball at his feet and proved to be a handful for the Loons all game long.

Hoesen’s second goal was a fantastic team move featuring great one-touch passing and  a smooth finish that proved to be the winner after the Loons mounted a late comeback.

Fancisco Calvo and Micheal Boxall need to spend some time reviewing the film of this one. The pair seemed out of step throughout the match, and dug the Loons a deep hole that they nearly climbed out of before falling short.