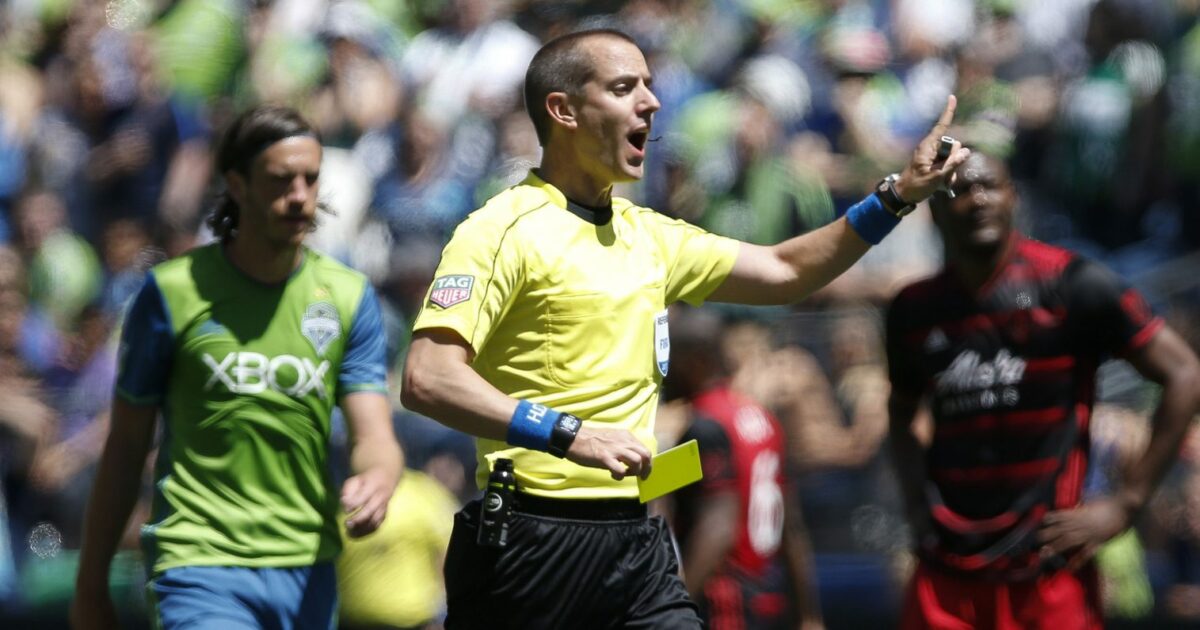 The United States may not have any players in the 2018 World Cup, but they will have two referees.

Mark Geiger and Jair Marrufo were both named to the list of officials to work the upcoming World Cup in Russia.

Geiger will be working the second World Cup of his career. He was in charge of three matches during the 2014 tournament in Brazil, including a round of 16 clash between France and Nigeria. He has been an MLS referee since 2004 and has worked professional soccer matches in the U.S. since 2002.

Marrufo, meanwhile, is slated to make his World Cup debut. He was originally listed for the 2010 tournament in South Africa, but was removed from the roster after MLS suspended him for poor performance during the 2009 season. He has been with MLS since 2002 and was named Referee of the Year in 2008.

Frank Anderson and Corey Rockwell were also selected as assistant referees for the tournament.