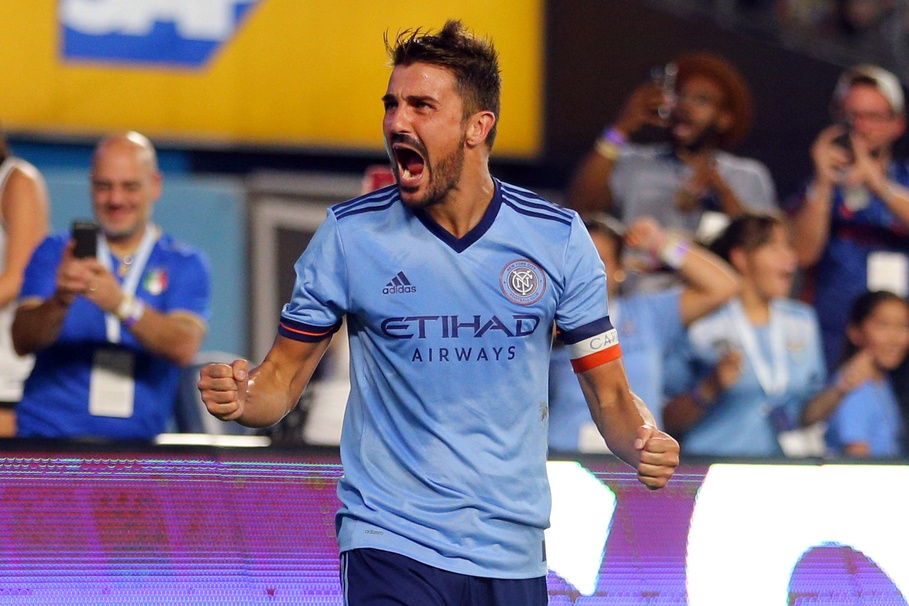 David Villa is unlikely to see the pitch for New York City FC when they take on the New England Revolution on Saturday.

The Spanish forward missed last weekend’s match against Orlando City after suffering a calf strain in their 2-1 win over the LA Galaxy two weeks ago.

Villa is yet to resume full training with the squad, but is practicing on the side during full team sessions. Rodney Wallace took his place last weekend and could do so again at Gillette Stadium.

“Rudy’s arrival is very important for the team’s central defense, even more so with the long-term injuries suffered by Zakaria Diallo and Kyle Fisher,” said Impact head coach Rémi Garde. “He’s a solid defender, but he’s also good at starting the attack. He was quickly seduced by the challenge of MLS, despite numerous solicitations he received from other European clubs after two very good seasons in Belgium’s first division.”

Camacho has started 27 games in the Belgian first division this season and has captained the side for the last eight of them. Overall, he’s started 69 matches since joining Waasland in the summer of 2016.

He hails from from L’Arbresle, France, the same town as Impact head coach Rémi Garde.

Minnesota United may soon have a forward replacement for the injured Kevin Molino.

According to Mexican news outlet SDPNoticias, Club America Mexican international forward Darwin Quintero could be heading to Minnesota United soon. America coach Miguel Herrera admitted the possibility on Tuesday. “There has been a long-standing interest in MLS from Darwin, today a team Minnesota has approached the board, they made an offer.”

Quintero has been with Club America since December 2014. He’s scored 17 goals in 97 appearances since joining the team.

AC Milan’s out of favor right back Ignazio Abate is considering making the move to MLS over the summer. The 31-year-old has 13 starts in all competitions this year and can play right back and right midfield positions. He has 22 caps with the Italian national team and was part of the squad that competed in the 2014 World Cup in Brazil.

Abate’s contract runs through next season, but the club are reportedly willing to terminate the deal sso he can make a move. He has not been linked with any specific club.