Ahead of first USMNT match, Timothy Weah ready to ‘shock the world’ 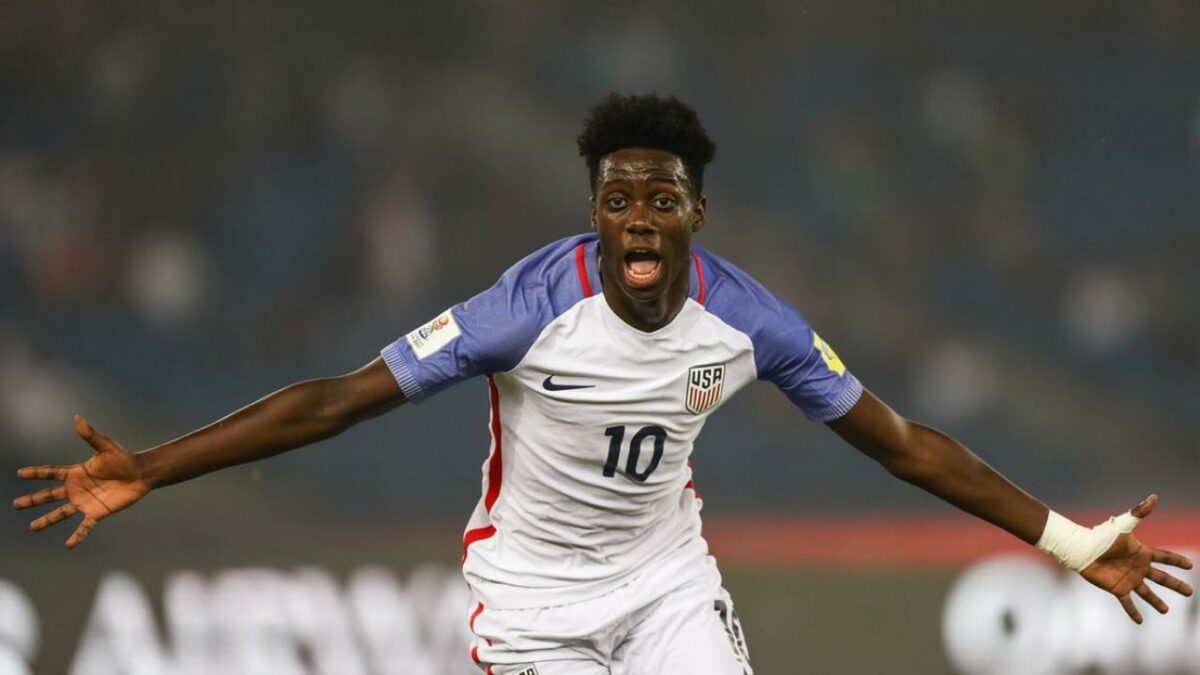 The U.S. Men’s National Team is at the start of a process directed at qualifying for the 2022 World Cup.

Timothy Weah, who is in his first national team camp, is more than embracing the process as a collection of younger players prepare for Tuesday’s match against Paraguay.

“It’s been a great week here with the guys,” Weah said. “It’s been a good experience with all the vets and the younger guys. We just hope tomorrow everything goes as planned. Training is going well so let’s hope we get that win tomorrow.”

When he was called into camp, he tweeted about the process, and he echoed that sentiment on Monday.

“Everyone’s really taking that in and I’m going to get the guys to start using that on Twitter because it’s really a process,” Weah said. “Not qualifying for the World Cup has been a hard time for us, but it’s a new era as I said on Twitter and we’re looking forward to what we’re going to do with these young guys.”

“We have guys coming from Europe, guys like Cameron (Carter-Vickers) and Antonee (Robinson), so I think we’re going to be a force to be reckoned with the future. The process is the way to go,” Weah said.

The excitement for representing the USMNT is emanating through Weah, who feels a difference between playing for club and country/

“Playing for your country is everything you’ve wanted since you were growing up as a kid so I think being here is really important to me. If I come on the pitch to make my debut, I’m going to put everything into it,” Weah said.

Weah, who has made a pair of appearances for Paris Saint-Germain, is confident the group of young players, including Tyler Adams, Carter-Vickers and others will shock an experienced Paraguay squad.

“I feel that tomorrow we’re going to come out with a type of bang that they’re not going to expect from this team,” Weah said. “We do have a lot of young guys and a lot of guys that are playing for good teams. I think it’s going to be great and we’re going to shock them tomorrow, shock the world.”