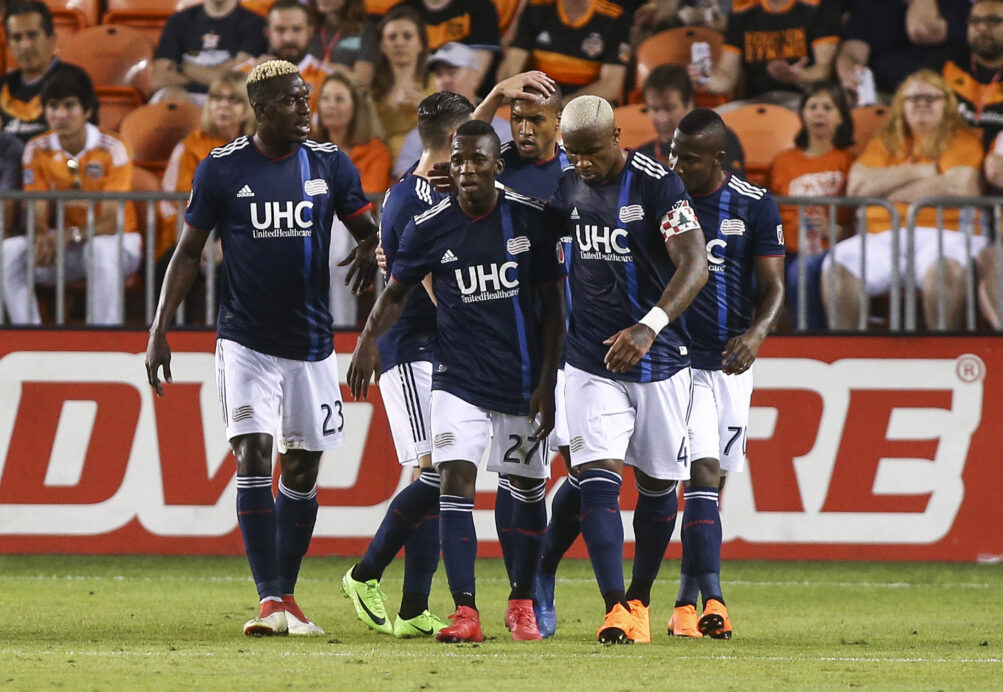 Following a frustrating start to the MLS season, the New England Revolution have found a bit of an early-season groove.

Goals from Teal Bunbury and Cristian Penilla led the Revs in a 2-0 win over the 10-man Houston Dynamo. With the win, the Revs have now won two of three and remain unbeaten since a season-opening loss.

Bunbury opened the scoring in the 15th minute with Penilla providing the assist following a rapid-fire Revs counter-attack. The finish came on the end of a four-on-one with Bunbury providing the tap-in goal.

The match changed in the 35th minute as the Dynamo went down a man. DaMarcus Beasley was sent off with a straight red card, all but dooming the hosts.

After hanging around for most of the match, the Dynamo’s hopes were completely dashed in the 71st minute as Penilla provided the insurance goal.

Next up for the Dynamo is a trip to face the San Jose Earthquakes, while the Revs now look ahead to a home clash with the Montreal Impact.

Penilla provided a primary assist and an insurance goal, leading the way for the Revs.

While the Dynamo hung around, Penilla’s finish all but ended the match by giving the Revs a two-goal cushion.

DaMarcus Beasley’s red card was a major setback in a frustrating Dynamo defeat.