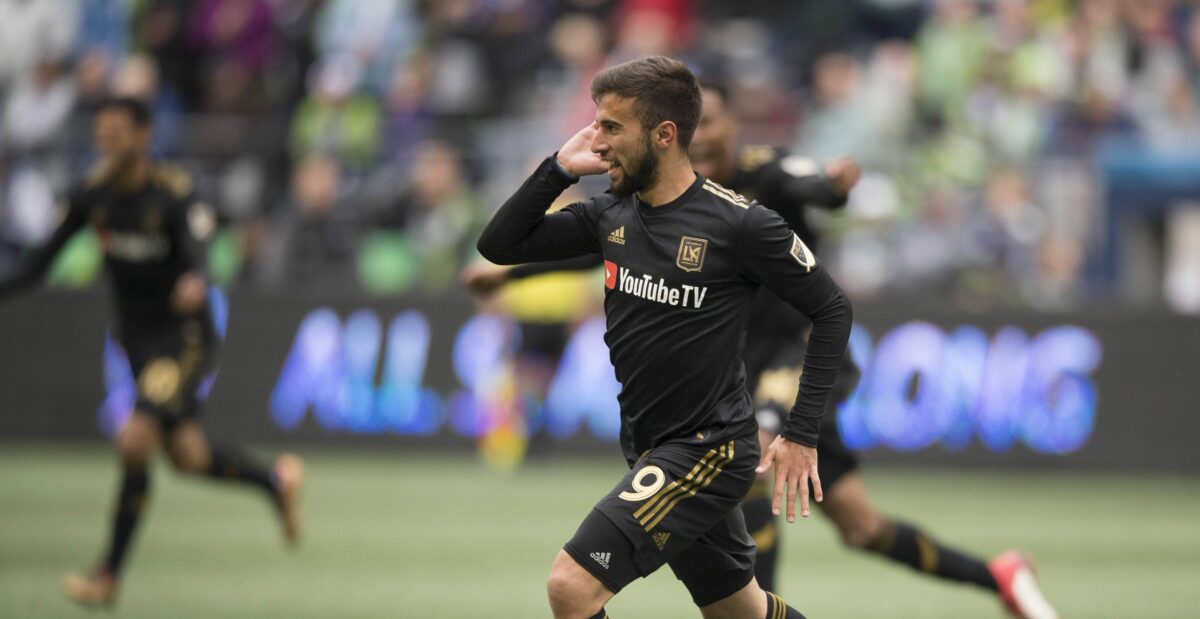 Week 2 in MLS provided every twist and turn imaginable as it contained something for every soccer fan.

In nine games played Saturday and Sunday, only one team failed to score, while four teams came out of the weekend with road victories. Six players found the back of the net on two occasions, while a few rookies made impressive impacts on their respective sides.

And of course there was a handful of stellar goals.

Here’s our staff picks for the Best of MLS Week 2:

Diego Rossi played a role in all five of LAFC’s goals in its 5-1 win over Real Salt Lake Saturday.

The Uruguayan became the first player in close to a decade to contribute to five goals in a single MLS game, and it’s only the sixth time in league history it’s happened.

Diego Rossi of @LAFC had 2 goals and 3 assists in his team's 5-1 win vs. Real Salt Lake, just the sixth time in #MLS history a player was involved in 5 goals in a game.

There were plenty of other top performances form two-goal scorers Nemanja Nikolic, Felipe Gutierrez, Ethan Finlay, but Rossi’s was better any of the other ones combined.

With most of their starters on the bench resting for Tuesday’s CONCACAF Champions League quarterfinal second leg, the New York Red Bulls thrashed the Portland Timbers 4-0 at Red Bull Arena.

Homegrown Ben Mines opened the scoring for Jesse Marsch’s side, while Carlos Rivas contributed his first two goals in a Red Bulls uniform and Bradley Wright-Phillips added a tally in a cameo off the bench.

The Red Bulls defense, led by Aurelien Collin, gave up one shot on goal to the struggling Portland attack.

Minnesota United and LAFC earn honorable mention for their road victories in Orlando and Salt Lake.

Minnesota United’s Mason Toye made the most of his substitute appearance, as he assisted on Ethan Finlay’s game-winning goal in the Loons’ 2-1 win over Orlando City.

Toye’s flick to Miguel Ibarra set the winger up to feed Finlay for the game-winner in Adrian Heath’s return to Orlando.

Colorado’s Niki Jackson came in second in our voting, as he scored in the Rapids’ loss to the New England Revolution.

Sporting Kansas City’s fourth goal against Chicago was more than worthy of being a game-winner.

Daniel Salloi set up Felipe Gutierrez with a filthy backheel that found the Chilean after a dummy by Gerso Fernandes.

WATCH the go-ahead goal from Felipe Gutiérrez! Lovely build-up play from the visitors!