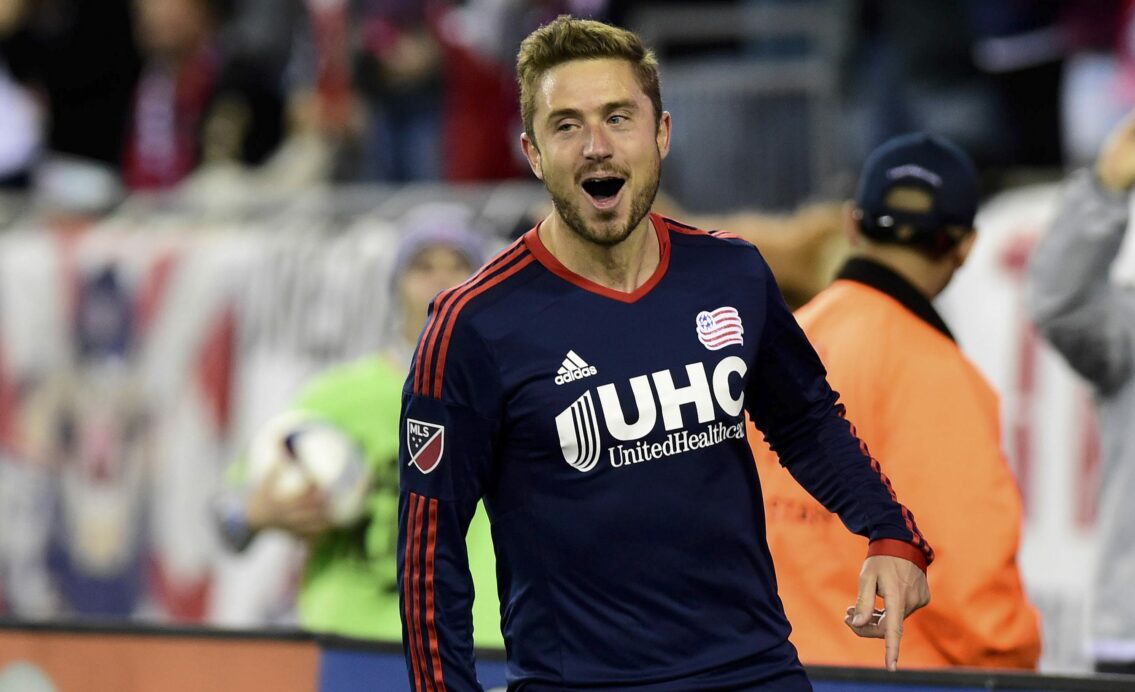 The New England Revolution only put two shots on goal on Tuesday afternoon, but that was a good enough to beat the Colorado Rapids in their home opener as Chris Tierney’s 93rd-minute free kick deflected in off the wall to give the Revs a 2-1 win at Gillette Stadium.

The 32-year-old left back used his seniority to take the shot instead of Diego Fagundez, and he caught goalkeeper Tim Howard wrong-footed as his volley deflected left and into the upper center part of goal to seal the result.

“It’s angled for a left-footer there and then I just figured, knowing it was last kick of the game, I’m getting it on target,” Tierney said. “I’m going to make him make a save, if nothing else, and we got a lucky bounce.”

Tierney was not in the starting lineup, but came on in the 17th minute after Gabriel Somi suffered a head injury in a collision with Jack McBean.

The game was scoreless through halftime, but coach Brad Friedel’s experiment with Diego Fagundez at central attacking midfield finally paid off with the Revolution’s first goal of the season in the 48th minute.

Fagundez has developed a chemistry with Pachuca loanee Cristian Penilla, who has taken over Fagundez’s old role on the left wing, and the Ecuadorian centered it to Fagundez for simple, low finish from 12 yards out.

Referee Armando Villarreal pointed to the spot in the 53rd minute, calling a foul on Jalil Anibaba, who was filling in after both Revs center back earned red cards last weekend against Philadelphia, as he took down McBean.

The Revolution escaped danger, though, as goalkeeper Matt Turner made the save on Rapids midfielder Jack Price. The newcomer from Wolverhampton Wanderers sent in a disappointing waist-level shot to the left side of goal and then skied the rebound over the crossbar to keep it a 1-0 Revs lead.

Rookie Niki Jackson made an immediate impact after subbing on for McBean in the 65th minute. One minute later, Johan Blomberg served it into the box and Jackson outran defender Andrew Farrell and beat Turner to the ball to heads it home from out by the penalty spot and tie the game at 1-1 and set the stage for Tierney’s winner.

The Revs (1-1-0) now have an off week before hosting New York City FC in another Saturday afternoon game on March 24, while the Rapids (0-1-0) will host Sporting Kansas City in their home opener at 7 p.m. on the same day.

Matt Turner has been one of the feel-good stories of the season so far as he has gone from no-name third-stringer to earning his first MLS win. He did make a miscalculation on the Rapids’ equalizer, but managed to make four saves.

Turner’s PK save got upstaged at the last moment, as a winning goal on the final play of the game has to take the cake as the biggest moment. Tierney’s role was set to decrease this season with the addition of Somi, but he showed why that left foot has helped him carve out an 11-year career in MLS.

Rarely, if ever, has Tim Howard given up two goals on two shots, and he wasn’t good enough to help the Rapids escape with a point. Fagundez’s goal came on an ordinary shot into the center of the net, albeit through traffic, while he wasn’t ready for the final free kick Tierney scored on, apparently expecting Fagundez to shoot it and not reacting to the deflection.