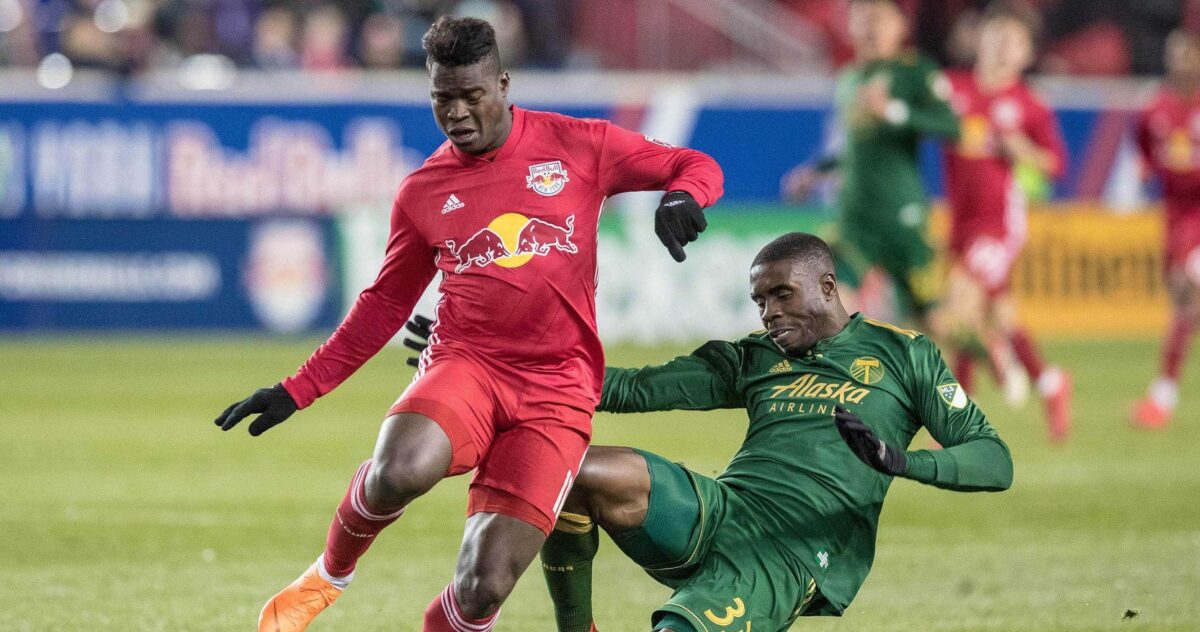 The final score at Red Bull Arena was hardly pleasing for the visiting Portland Timbers. After 90 minutes, they had not just recorded another loss after losing their opening match at the LA Galaxy last week, but were on the back end of a 4-0 drubbing by the New York Red Bulls. There was only one way for Timbers head coach Giovanni Savarese to react at the scoreline.

“For me it was an embarrassing match,” the team’s new manager said following the match. “We allowed them to be able to get the better of it because they wanted it more, and when a team steps on the field wanting the game more, they deserve to win. For me, that was the key of the match.”

It was a tough one to swallow for the Timbers, though, considering that the match was more even than the final score indicated. While the Red Bulls opened the scoring in the first half with a debut goal from Ben Mines, the opening 45 minutes was a rather even affair. Possession was almost evenly split, and the two sides had both recorded four shots, though the hosts had three on target to their opponents’ zero. The match was still there for the Timbers, even down a goal after halftime.

“When the score was 1-0, we were managing the game a little bit in the second half creating chances,” Diego Valeri said. His teammate, Liam Ridgewell, agreed.

The Red Bulls’ second goal, which came in the 77th minute from Bradley Wright-Phillips off the bench, was crucial in determining the game. Savarese also noted that “as soon as they scored the second goal, we give up.”

Despite the performance, the head coach was optimistic. He said he did not talk about his disappointment after the match with his players “because I thought that we were doing, first of all, the right things.” The biggest area of improvement for Savarese is not tactically, but mentally. “We need to do a lot more work but most of all,” he said, “we have to have more attitude.”

They are, after all, still in the early parts of a process. Saturday’s match was only the second of Savarese’s tenure as the Timbers head coach, and it comes after a preseason with plenty of changes. “There’s a lot of new stuff we’ve brought in this season,” Ridgewell said. “There’s new management. There’s new players. Obviously we’re all learning each other and it’s going to be a long process. … It’s never easy to try to figure something out when you’ve got five away games to start the season.”

Valeri, too, was relatively high spirited in regard to the season ahead. “I’m positive because we have quality enough to win games and to play better,” he said. “It’s a long season.”