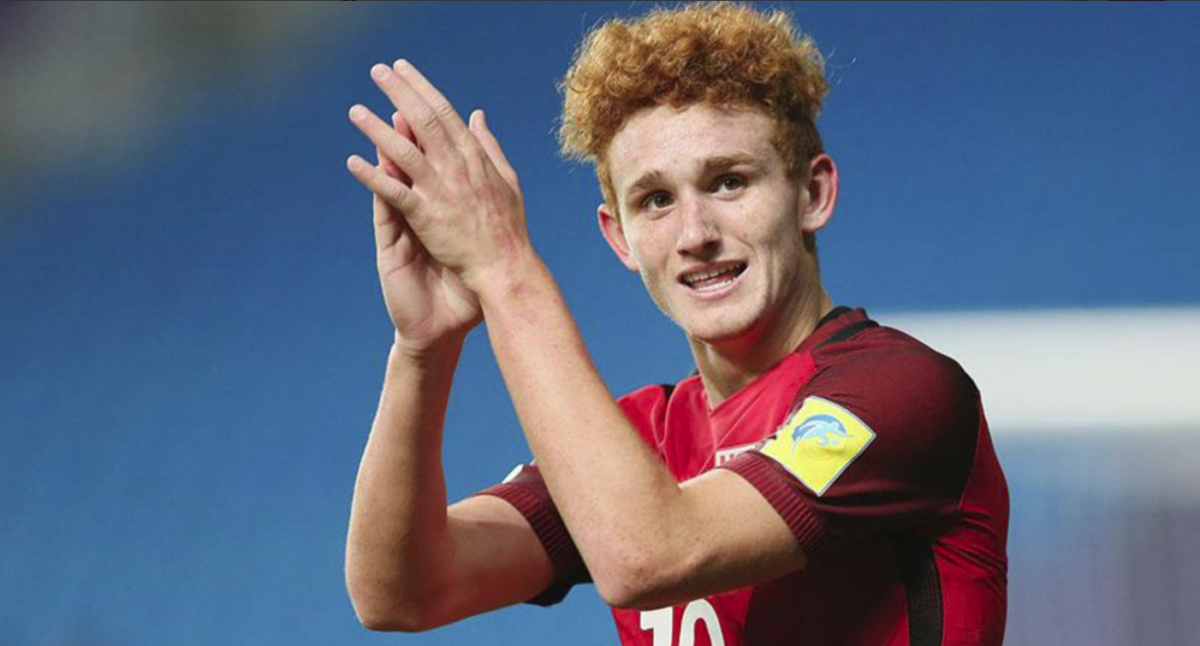 We know two young stars that will join the U.S. Men’s National Team for an upcoming friendly against Bolivia as Dave Sarachan offered a little bit of insight into the upcoming roster.

The interim USMNT manager says Christian Pulisic and Josh Sargent will join the USMNT for what is expected to be a busy summer. The U.S. is set to take on Bolivia on May 28 before facing Ireland and France in European-based matches on June 2 and 9, respectively.

Sarachan says there will need to be balance, and it remains to be seen how long Pulisic in particular will be with the team ahead of a busy U.S.-based preseason with Borussia Dortmund. Because of that, Sarachan expects a number of players to be rotated in and out during the upcoming slate of games.

“Christian Pulisic is going to be a part of the game here against Bolivia,” Sarachan said on Wednesday. “We’re excited to have Christian back with us and we’re hopeful to have a lot of familiar faces based in Europe here as well. We’re still sort of formulating what makes sense in terms of balance between MLS players and European-based players.

“For our match against Bolivia, it would maybe be slightly tipped with more MLS players and when we go to Europe it would be more tipped to European-based players, but it will be a blend.”

Sargent is expected to be a part of at least more than one match as Sarachan looks to integrate the young Werder Bremen forward. The young forward has yet to play a professional minute with the Bundesliga club, but has featured prominently for the club’s youth teams.

While Europe’s age rules prevented Sargent from playing earlier, Sarachan doesn’t want to see the forward punished for his age. Sarachan says Sargent is in a situation like Timothy Weah, who joined the U.S. for their last friendly, a win over Paraguay. Neither has truly broken through on the professional stage, but both have shown the ability to play at a high level with the youth national teams and with their respective clubs.

“There’s old school thinking that he’s gotta earn his way,” Sarachan said of Sargent. “To be fair to Josh, because of the rules and when he turned 18, he wasn’t eligible to play at Werder Bremen so he’s had to train and play some friendlies and so forth. I don’t think a guy should be punished because of that and it’s hard to evaluate where he is.

“Josh, I’m planning to bring in for these games and I’m going to really watch him. I was over there a week ago visiting him and a few other players in Belgium and Germany and I think clearly he’s demonstrated at the levels he’s played at that he’s got a real chance, but the national team is another big jump and I don’t think he should not be given that opportunity if I feel, and I do feel, if he’s got a chance to maybe grow from an experience like that.”

Overall, expect young players to return to focus. Sarachan mentioned Tyler Adams, Weston McKennie and Matt Miazga as players that would likely be involved in the World Cup this summer if the U.S. was going, and it is expected that the trio will be involved depending on their club situations.

Sarachan also says you can expect to see several other players from the Paragauy friendly return as the U.S. looks to continue to integrate a handful of new faces before a permanent coach is hired.

“I’ve said this to several people who have asked… there were some familiar faces that continued to show well,” Sarachan said. “I don’t specifically want to throw out a name or two because I’ll leave someone out, but I’ll tell you everyone we brought to Cary belonged there. When we were finished and I did a little bit evaluating, I didn’t come up with any names and say ‘Next time I don’t think this kid belongs’.

“I want to be cognizant and be fair to certain clubs with MLS. To have one player for all the games mean they would miss up to four MLS games. It’s a delicate balance in terms of building a roster with European and MLS players.”