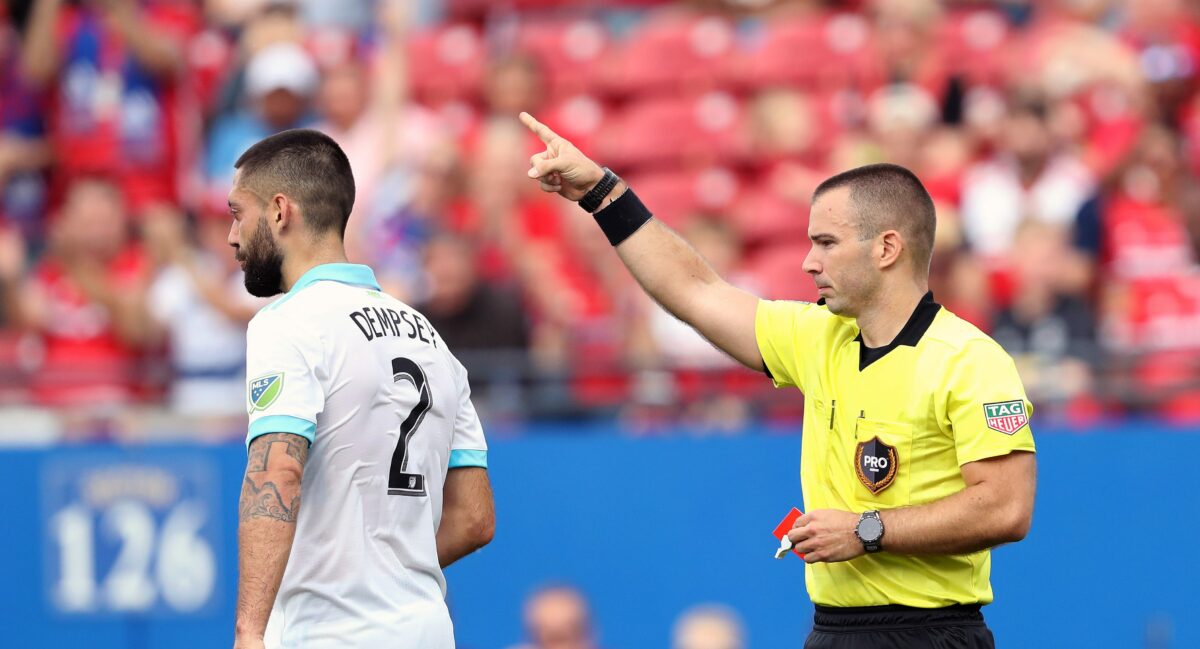 The MLS Disciplinary Committee announced on Thursday that Dempsey has been suspended an additional match for a red card incident of a March 18 match against FC Dallas. Dempsey already missed the Sounders’ last match, a 1-0 loss to the Montreal Impact on March 31, and will now miss this weekend’s clash with Sporting KC.

Dempsey, who was also fined an undisclosed amount, received a red card for violent conduct. Following video review, Dempsey was dismissed for elbowing FC Dallas midfielder Jacori Hayes in the first half of the eventual 3-0 defeat.

The Sounders currently sit dead last in the Western Conference with three losses from as many games.