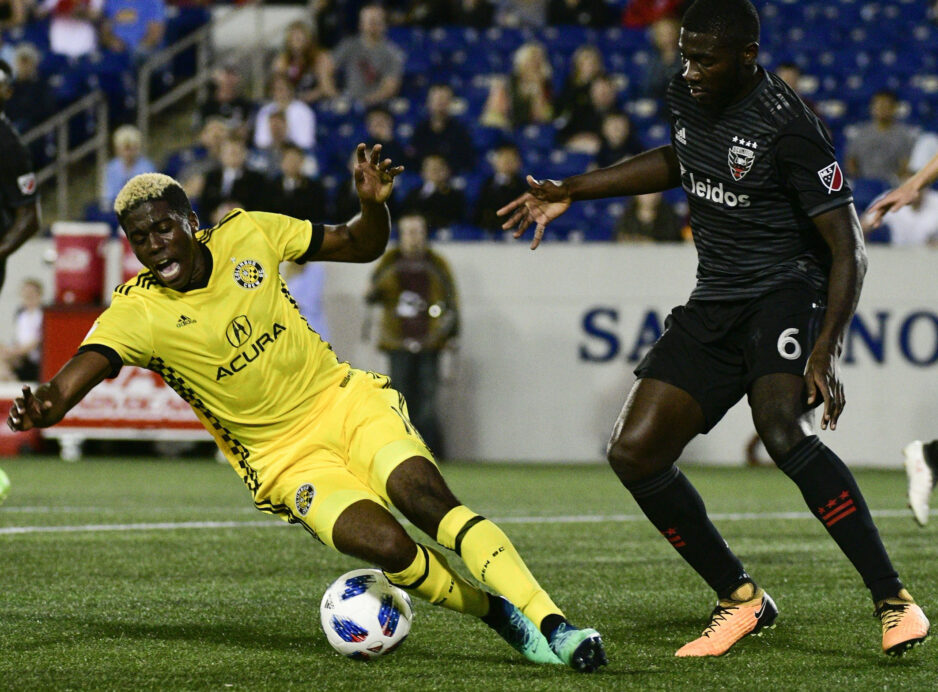 Sometimes in Major League Soccer, teams expected to do successful things will hit road bumps along the way. The nature of the sport poses challenges to teams that will only make them better for the future.

For the Columbus Crew, they are one of these teams not making any excuses for the rocky road they are currently on. Gregg Berhalter’s men suffered their third consecutive defeat on Saturday, falling 1-0 to 10-man D.C. United in Annapolis. Despite having the majority of the possession, and holding the hosts to only one shot on goal they ultimately lacked the final product in front of goal.

“We’re not making any excuses,” Berhalter said. “We have to be responsible no matter how many guys they have on defense. We have to take responsibility for the fact we weren’t creative enough, we didn’t move the ball quick enough and it’s something I always say that we need to do.”

For the second consecutive match the Crew conceded first, after Ulises Segura rifled home from long-range and beat Zack Steffen in the first minute. The visitors’ best opportunity to level the score came in first half stoppage time as Pedro Santos’ free-kick struck the crossbar. Berhalter felt again because his team were not quick enough in their passing, it allowed D.C. to take an early lead.

“Our goal is really to move the ball quickly and hopefully catch an opponent when they are trying to switch back to the other side of the field,” Berhalter said. “I give credit to D.C. just like I did a week ago with Chicago, they clawed and scrapped and got the three points is what is most important.”

As the second-half began, the Crew had a huge chance to turn the match in their favor after Paul Arriola was given a straight red card for a hard tackle from behind on Brazilian midfielder Artur. VAR was used to determine the severity of the foul, and eventually stood in Columbus’s favor. Steve Clark stood strong for Ben Olsen’s side, making four more saves in the match to preserve the clean sheet.

“It’s tough to concede early in the match and it’s difficult to go up against a team that parks the bus against us,” Gyasi Zardes said. “Teams know we can exploit them so that is the difficult thing when it comes five defenders against three attackers.”

Zardes was held to one shot on goal in the loss, and is now goalless in three of his last four appearances after scoring three goals in his first two matches of the season. The 26-year-old veteran knows that the results are becoming harder to earn, but doesn’t feel it has hurt the confidence of either himself or the team.

“It hasn’t hurt my confidence that we’ve hit a little rough patch,” Zardes said. “These guys they know what they’re capable of, they have faith, and we’ll just continue to take it game by game.”

Columbus have suffered their first three-match losing run since May 2014, and next return home to Mapfre Stadium for a date with the New England Revolution on April 21. Berhalter, unlike Zardes feels that some confidence has been taken from the group and will work hard to help gain that back in the next two home matches.

“It’s never nice to lose three in a row, it’s not something we’re proud of nor where we want to be,” Berhalter said. “Some confidence I feel has been taken from the guys so the good thing is we will return home for two straight matches. Our goal next is to return to Columbus and gain that confidence back because these next two are important for us.”