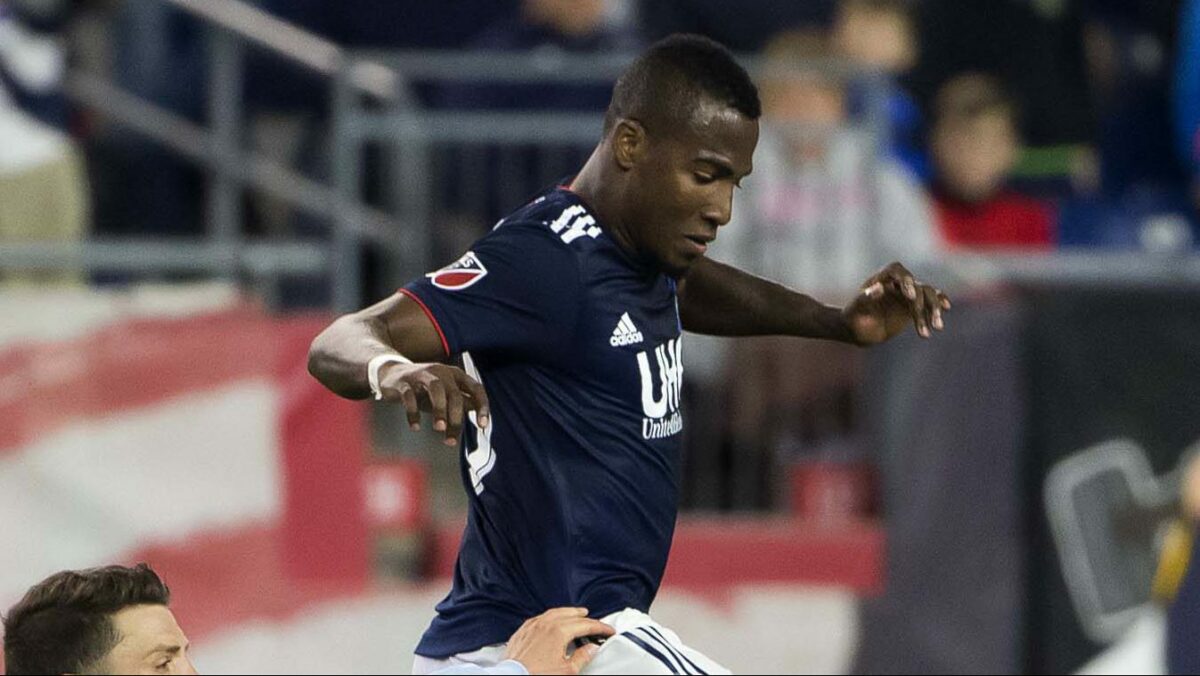 FOXBOROUGH, Mass. — Nearly two weeks ago, New England Revolution head coach Brad Friedel responded to inquiries about Lee Nguyen’s status by telling the media that they should focus their stories on Diego Fagundez.

Impressive as his transition to central attacking midfielder has been, Fagundez thinks people should be paying more attention to his replacement out on the wing, 26-year-old Ecuadorian game-breaker Cristian Penilla.

“Cristian’s amazing,” Fagundez told SBI Soccer after Revs’ 1-0 home win over Sporting Kansas City on Saturday night. ” I think since preseason, everybody saw the first game that he walks in and what he has. I think he’s underrated where people don’t really realize how good he is.”

Although he didn’t score, Penilla was a thorn in Sporting KC’s side all night, racking up six shots, including three on target.

Penilla, who joined New England on loan from Liga MX side Pachuca with an option to buy at the end of the season, has been a decisive factor in the Revs surprising start to the 2018 season, which finds them in third place in the competitive Eastern Conference with 14 points through eight games.

The Revolution unbeaten in the four games in which Penilla has had a goal or an assist, while their only loss over the past seven games came two weekends ago during a game in which FC Dallas successfully stifled Penilla’s impact.

“At the end of the day he’s doing great for us, so as much as possible we have to try to give him the ball, so he can take it 1-on-1,” Fagundez said of Penilla. “When you’re taking shots on goal you’re going to get one.”

The MLS newcomer Penilla has ranked among the best in the league at creating his own shots. He is sixth in the league in shots with 25 and ranks only behind the aforementioned Almiron among midfielders.

His nine shots on target also ranks third among midfielders, although his modest success rates — putting just 36% of his shots on frame and scoring on only 8% of his total shots — reflects a degree of difficulty in his chances, but also a lack of precision that could be considered Penilla’s Achilles heel.

At age 26, it’s still not too late for him to put it all together. Even a slight uptick in accuracy could help the dynamic Penilla go from a very good player teams need to game plan for to one of the premier players in MLS.

When Penilla does score, they’ve been beauties, such as the ball he struck out of the air from 15 yards out to help Revs to a 2-2 road draw versus the Columbus Crew last weekend. Penilla, who also assisted on the first goal, was the top player in that game, according to the MLS Audi Player Index.

“When you have the type of quickness and technical ability that he has, it’s very difficult to defend against him, but more than that, when he was born, he’s one of those players that just understands soccer,” Friedel said glowingly after Penilla’s performance against SKC. “He understands where to go, when to run, explosive when he does do his running and he’s a creative player.”

Penilla’s attempts on goal have also not come at the expense of his distribution. He entered this past weekend tied for the MLS lead with four primary assists, tied for third in big chances created with four and tied for second in fast breaks with three. That last stat is a testament to his strong fit in Friedel’s preferred high press, attack-minded style of play.

“He’s a very difficult player to defend. Sometimes we play him on the right and sometimes the left depending on little tweaks to our system,” Friedel said, adding that the benefit of playing Penilla on the left wing is that it allows him to cut in for more shots on goal.

Fagundez does deserve a story about how his and the Revs’ strong starts have helped the team make a smooth transition forward from the Lee Nguyen era. However, the team’s impressive early success would not be possible without the underrated January acquisition of Fagundez’s favorite running mate.