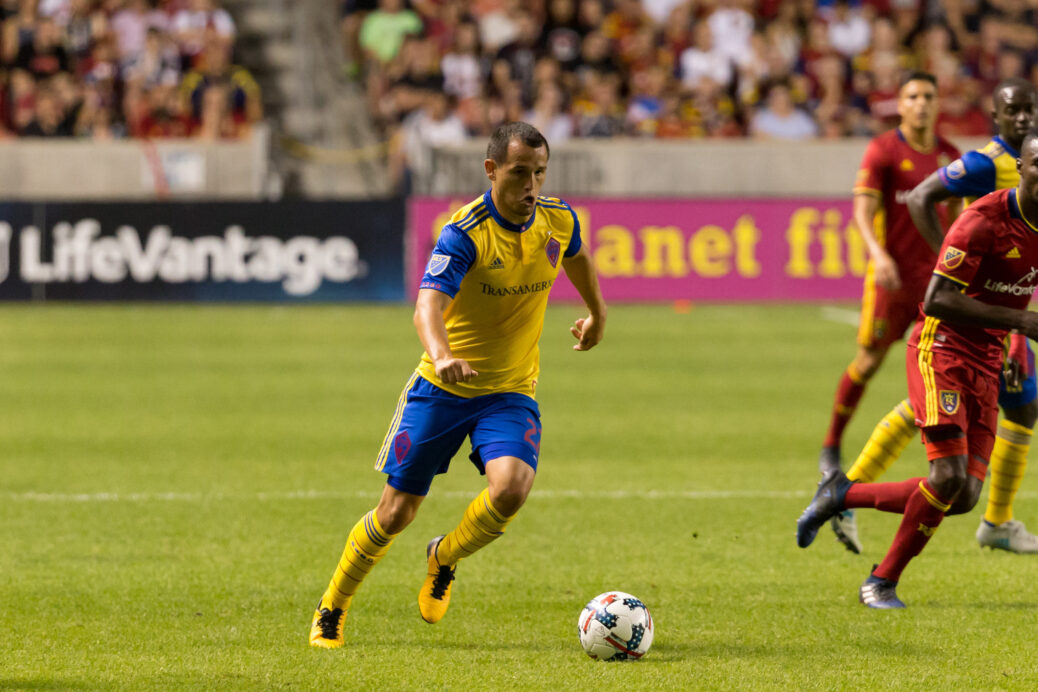 Luis Gil is on his way back to MLS.

On Monday evening Houston Dynamo announced that they had acquired Gil on loan from Queretaro FC in Mexico. The Dynamo acquired Gil’s Major League Soccer rights through the 2018 season in a separate transaction with Real Salt Lake which included a fourth-round pick in the 2019 MLS Draft.

“We are happy to bring Luis in because he’s an outstanding player, a U.S. men’s national team caliber player,” Dynamo coach Wilmer Cabrera said of the signing.

“He’s young, he has a lot of ability and he’s confident, and now his teammates and our club must help him to feel comfortable and happy to perform and to display the tools and the game that he has.”

Gil has been something of an MLS journeyman over the last four years, moving from Real Salt Lake to Queretaro, and subsequently being loaned out to Orlando City, the Colorado Rapids, and now the Dynamo.

The midfielder will add some much-needed depth in the middle of Houston’s starting XI, despite their thrashing of a under-manned Toronto FC last weekend. Either as depth, or as potential starter in a 4-3-3, Gil will provide versatility and perhaps a new look for Dynamo side who will want to capitalize on their games in hand in the Western Conference.