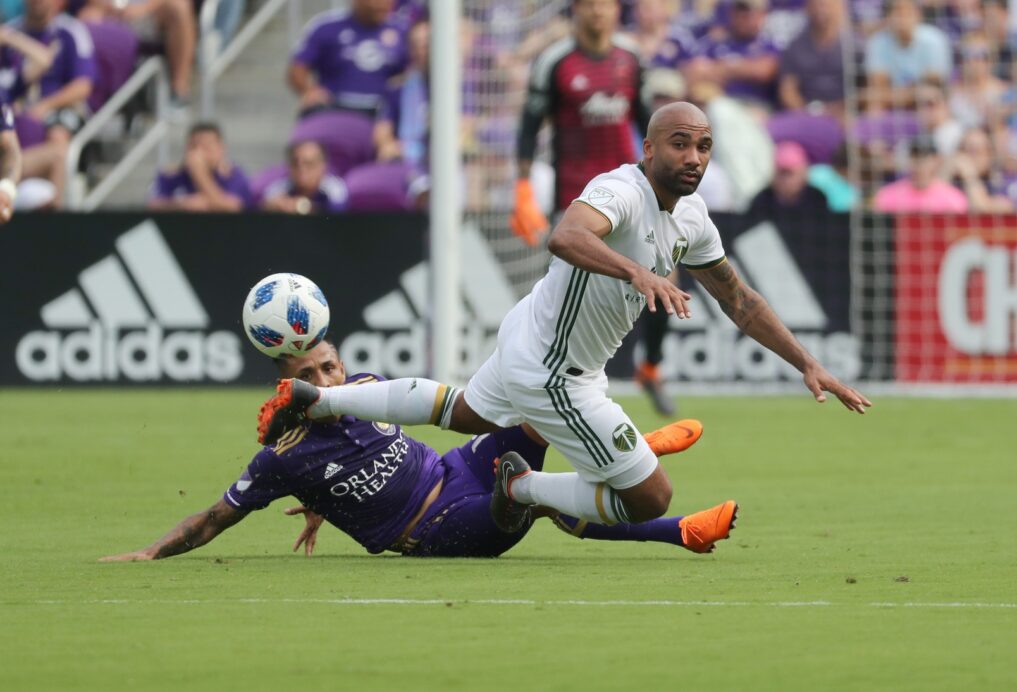 “I have to take responsibility for the result,” he told reporters after watching his team give up three goals in the final ten minutes of a match his team had a 2-0 lead in. “I take the full blame of the result and the players they gave me everything.

“They’ve been traveling five games away at the end we were tired,” he continued. “It was a long trip. The weather from snow to hot and you can see at the end the guys were breaking down all over the place because it’s been a long five games away. But as I said I take full responsibility for this defeat.”

The Timbers have indeed started rather poorly on a five game road swing that has seen them fly all over the United States. Their last two games have been the most frustrating of the set. Before Sunday’s complete meltdown in Orlando, the Timbers were holding onto a 2-1 lead against the Chicago Fire before conceding an 84th minute equalizer and settling for a draw.

Savarese did make a few changes to his team heading into the game. Longtime starting forward Fanendo Adi was on the bench with Samuel Armenteros starting in his place. He was subbed off midway through the second half without ever taking a shot.

The reinsertion of Andy Polo was a much brighter addition. He got his first runout since opening day and played the full 90 minutes with an excellent 98% pass success rate.

“I think some of the changes were specifically because of the way Orlando plays,” Savarese said about the alterations. “We felt that we could find more space with the players that we had and at the end we did that to win the match until the last 10-15 minutes of the game, so that’s why we made the substitutions. I have a team in which I believe in everyone and everyone can step in at any moment.”

And his lineup did play quite well for 80 minutes or so. They had a 2-0 lead thanks to a bizarre VAR awarded penalty and an excellent header from Bill Tuiloma.

They had their chances to add a couple more goals and put Sunday’s game away, but couldn’t capitalize off them. Two looks early in the second half come to mind straight away. Sebastian Blanco fired a shot the clanged out off the underside of the cross bar in the 47th minute and Valeri pulled a low shot off the far post less than a minute later. Both shots could have put the game out of reach and misses like those contributed to the overall defeat, according to Savarese.

“We put ourselves in great spots but we have to finish,” said defender Zarek Valentin. “Once we finish, we’re going to accumulate points like it’s nobody’s business but it’s on us to have a strong mentality in games.”

“Yeah. This one’s tough to swallow,” added Valentin. “This one’s on all on us. Yeah, they won the game, but [these are] our mistakes. Set piece, PK, things like that, those are things that we should manage. Yeah they put pressure on us but it comes down to us and us not handling it the best way.”

The Timbers season opening road trip is finally at its end. They can look forward to a pair of matches on home soil before trekking outside of Oregon once again, something that is long overdue.

“It’s about time to get home,” said Savarese. “After five games in a row where we didn’t get a win it becomes more difficult at home, but I think the guys can’t wait to be at home. To have that energy to be backed by a group of fans that are going to be there for all of us and definitely a much-awaited place for us to enjoy to hopefully get a win.”