John Brooks subbed off in first half of Wolfsburg return 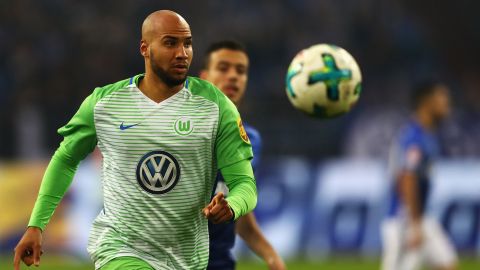 This season has not gone the way that Wolfsburg defender John Brooks had hoped for. After a big move from Hertha Berlin, the U.S. Men’s National Team defender has seen injuries dampen his chances at consistent playing time for his new club.

Brooks made his first start on Friday for Wolfsburg since Dec. 12th after returning from a knee injury. However, his return didn’t last long as Brooks was subbed off in the 29th minute of Wolfsburg’s 3-0 road loss to Borussia Monchengladbach.

New manager Bruno Labbadia yanked the defender after the team was already down 1-0, and Brooks had received a yellow card in the 13th minute.

Frustration looked to be on the face of the 25-year-old as he left the pitch, but reports from Germany felt the move was made tactically and not due to an injury.

Wolfsburg is in serious trouble in the race for survival, posting a 2-7-4 record since the start of 2018. The Wolves are currently in 14th place on goal difference, but are not safe yet from a drop to the second tier.

As for Brooks, he will hope to return to the starting lineup for a longer shift as Wolfsburg hosts Hamburg on April 28th.