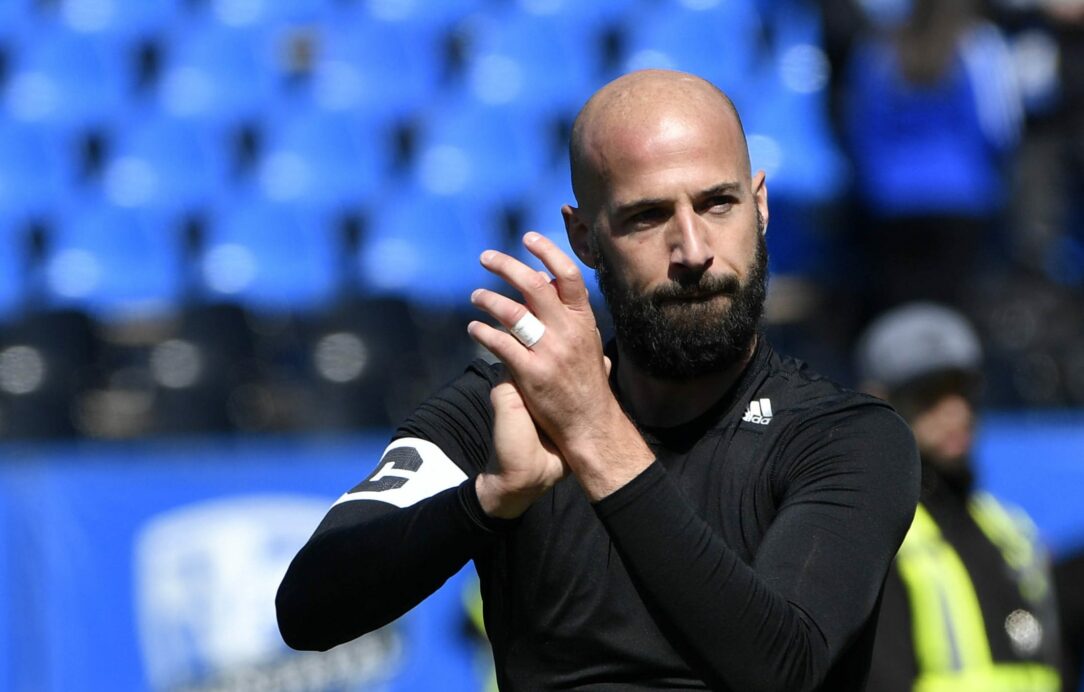 It was without a doubt the most celebrated goals an away team ever scored in Stade Saputo history.

As a center back, the opportunities for goal scoring are slimmer than most but Laurent Ciman not only managed to score, but pulled off a screamer free kick in his return to Montreal.

The goal kick-started LAFC’s 5-3 comeback win against the Montreal Impact and for Ciman, he could not have asked for more.

“For me, today is a perfect day,” Ciman simply said after the game.

The very emotional game became even more intense when the former Impact star bent the ball from distance around the Impact wall and into the upper corner. With the crowd giving him a standing ovation, he rushed towards the bench.

The first thing that crossed Ciman’s mind were his wife and kids who have supported him through the trade that moved him from the Impact to LAFC. However, there were two people at the stadium he wanted to celebrate the goal with: Goalkeeper coach Zak Abdel and assistant coach, and Montreal native, Marc Dos Santos.

“I know that Zak [Abdel], the goalkeeper coach often tells me that when there is a free kick from distance I should take it because I have a floating ball,” said Ciman. “There was also Marc Dos Santos, who I get along with as well, and I wanted to thank them.”

Ciman praised his coaching staff who have given him the captain’s armband from the start and for sticking with him through good and bad.

“We have a coaching staff that believes in me and that work on my weaknesses because I know I have some,” said Ciman. “I know that I have a tendency to do certain things as a center back I should maybe not do and they tell me face to face and I try to improve that.

Head coach Bob Bradley did not hide that having Ciman take that free kick during a game at Stade Saputo was in the back of their minds. He did, however, praise the decision taken his men on the field at a point where LAFC was trailing by two goals.

“[Being in Montrea] certainly had something to do with it but in certain moments you have to allow players on the field to step up and make decisions,” said Bradley. “That was a little bit out of Carlos [Vela’s] range and Laurent stepped up and the adrenaline was flowing for him today. Great finish.”

Despite being an expansion team and having never played the Impact before, Bradley knew that his team had history with Montreal. Having both Ciman and Dos Santos on the team made this game a little more important than a usual cross-conference game.

“Marc Dos Santos is from Montreal and obviously [with] Laurent, so we talked a little bit about the Montreal history coming here and I’m very happy for both of those guys,” said Bradley. “I think today everybody feels good for those two.”

Along with LAFC’s win, it was ultimately the crowd that blew Ciman away and made it a perfect day. Despite being very happy in Los Angeles with a coaching staff that is “behind me and that help me grow,” Ciman got to see first-hand that the public in Montreal did not forget about him.

“There was the vibe [from the crowd] in warmups, during the game and after the game. I was cheered after I scored. Montreal will stay in my heart,” said Ciman. “I had good things happen here in my private life but it’s part of life, you can’t control everything.”