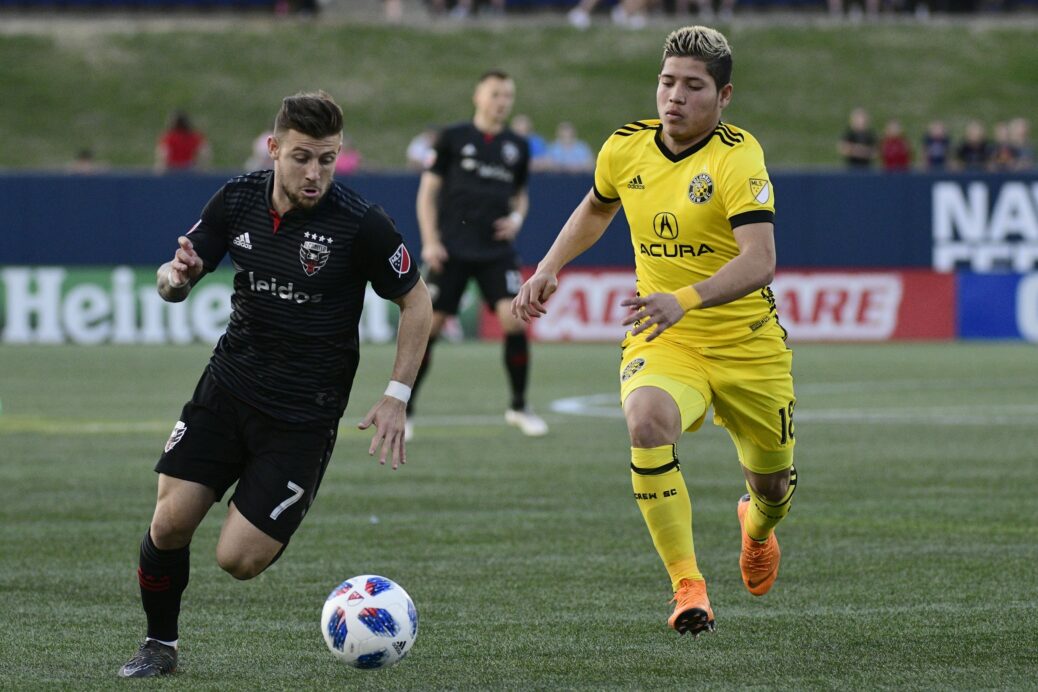 D.C. United breathed a deep sigh of relief Saturday night after finally getting their first win of the 2018 MLS season over the Columbus Crew.

For Ben Olsen, it was the product of the hard work that the team has been putting in through the early months of the season.

“You want to get the first three points because the guys have put in a lot of hard work,” said Olsen following the win over the Crew. “You see the games and losses, but don’t see the time spent with each other, and the amount of work we put in to come out here and earn this type of feeling.”

D.C. United’s struggles this season centered around the defensive fortitude. Through six weeks, they had failed to keep a clean sheet, something that would cause fits for any coach. Through it all, Olsen stayed positive and knew the hard work would pay off, and the team should savor the victory.

“It’s a hard league to get points in, especially being on the road since the beginning of the season,” said Olsen. “So it feels good. We’re going to enjoy it for a few days then get back to work to get ready for a tour out west.”

D.C. start the season in a difficult position, spending most of the first half on the road while Audi Field is under construction. Maximizing points at home will be a priority for the remainder of the year, and the early defensive performances may well determine if they qualify for the playoffs.

“The thought creeps in of not getting a win, especially if we’re going to be on the road for a while,” said captain Steve Birnbaum after the match. “I didn’t want to say this was a must win, but it was huge for us and important to boost our morale as a group. We’ve been working hard in every game. A couple games we’ve been close, but to get it here in front of the fans tonight was great.”

Despite taking the lead in the first minute on a goal from Ulises Segura, the match hung in the balance when United was reduced to 10-men following a red card to Paul Arriola. They withstood an attacking barrage from the Crew that saw them outshoot the home side 24 to 5.

Former Crew goalkeeper Steve Clark, came up big to make three big saves after United went down a man, including a goal line clearance on a terrific header from Gyasi Zardes. Clark had played understudy to David Ousted for all of United’s first five matches this season, and he shined in his first start.

“He’s given me a tough choice since the first day of preseason,” said Olsen after the match. “He’s a character, he’s vocal and he wants to play and win everyday. He raises the level at training and that’s what you get with a guy that wants to win and hates losing. Sometimes that’s the personality the game needs. The two goalkeepers will continue to compete, and we’ll continue to have two good options.”

Now United will have to find consistency as they inch ever closer to their new stadium opening in July. Using the Crew match as a springboard to their season could prove to be critical to the success of their season.

With matches against other struggling teams, the Philadelphia Union and Real Salt Lake, over the next few weeks, United could suddenly find themselves on a roll.