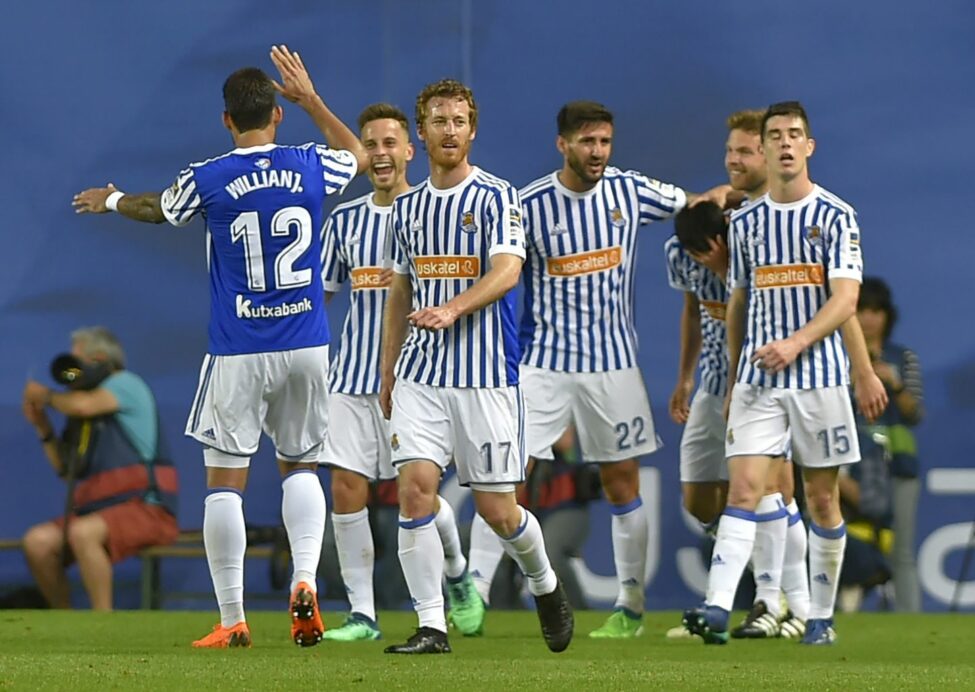 Atletico Madrid’s chances of fighting for the La Liga title took a major hit on Thursday after suffering their third loss of the new year. Diego Simeone’s men fell 3-0 to Real Sociedad, being shutout in league play for the first time since March 4th. Willian Jose’s right-footed finish in the 27th minute opened scoring for Sociedad as he slotted home Adnan Januzaj’s assist in. Jose now has 19 goals in all competitions this season. The Brazilian played in substitute striker Juanmi and the Spaniard finished in the 80th minute to double the hosts lead. Juanmi extended the lead to 3-0 in the 92nd minute as he headed in the final goal of the match. Atletico was held to two shots on goal and now sit 12 points back of Barcelona with five matches left.

Here’s a closer look at all of Thursday’s European action:

Chelsea’s hopes to making the top four this season remained alive on Thursday with a 2-1 road win at Burnley. Victor Moses’ right-footed strike in the 69th minute gave Chelsea all three points after the Clarets pegged them back earlier in the second-half. Ashley Barnes’ left-footed strike in the 64th minute leveled the score at 1-1, to give the Austrian nine goals this season. Kevin Long’s own goal in the 20th minute had Chelsea ahead 1-0 going into halftime. Nick Pope made three saves for Burnley, but it wasn’t enough as Chelsea claimed the win. Chelsea are five points back of fourth place while Burnley remains in seventh.

Real Betis extended their winning run to six matches after a dramatic 1-0 win over 10-men Las Palmas on Thursday. Junior Firpo headed in the winning goal for Betis in the 94th minute, after he finished Antonio Barragan’s cross into the bottom-right corner. Barragan struck the post two minutes prior, after the visitors had been reduced to 10-men. Palmas did not record a shot on goal, while Betis has eight. Palmas look set for relegation as they sit 13 points from safety with five matches left.