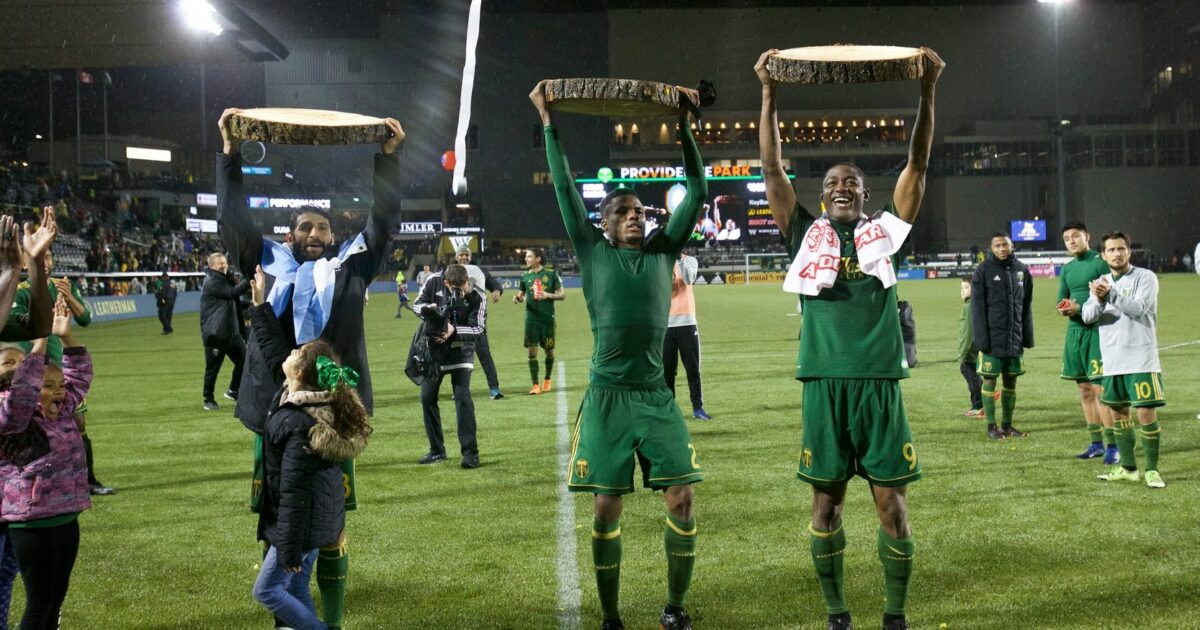 The Portland Timbers returned to Providence Park for the first time this season after a long five-game road swing to open the season. Behind the energy of their home crowd, they were able to earn the first victory of 2018, but they still struggled in the dying minutes as Minnesota United pressed forward and made things close at the end.

That said, three goals and a win was easily the best result Portland has seen all year long.

“It’s something we need to continue to work on,” head coach Giovanni Savarese said after the match when asked about his team’s ability to see out a match. “There are areas to improve. This is just the start. I’m seeing progress game after game, and I thought that tonight it was the best game we’ve played so far.”

The Timbers stormed out to an early 2-0 lead thanks to a wonderful goal from Alvas Powell and a precise finish from Diego Valeri. They held on through the first half before Darwin Quintero got the Loons on the board in the 64th minute, but Fanendo Adi’s header ten minutes later restored the two goal advantage.

The game really could have been done and dusted when Adi thought he had a second goal in the 78th, but VAR stepped in to correctly rule him offside and took the goal off the board.

Things got dicey thanks to some sloppy defensive play just after the 80 minute mark, something the Timbers are becoming too familiar with this year. Bill Poni Tuiloma’s awkward own goal came from an unnecessary touch in his own penalty area as a long ball from Quintero tried to reach Abu Danladi. The Timbers were able to hang on for the rest of the match, but that doesn’t mean the full three points never felt like they were in doubt.

But it was still a relief to get their first win, despite the shaky circumstances.

“Yes we don’t want to give goals away,” Savarese said, “but at the end of the day the important thing is to get the victory and to continue to work to get more solid defensively and I think we are on a good path.”

It was a happy ending, but the way it happened was all too reminiscent of the past two weeks. This win comes after the Timbers let a two goal lead slip away in the final ten minutes against Orlando City. Before that they couldn’t hold on against the Chicago Fire. Allowing a goal in the final ten minutes again is something Savarese and his staff want the team to move on from, but the coaches can’t forget about.

In the end, the team credited the home fans, whom they have missed during this lengthy away spell to open the year.

“It was a great feeling,” Diego Valeri said after the match. “I think our supporters gave us what we needed, that energy and that support all the time. I think we played a great first half and with the emotion we had, we got the three points. We needed that. It was a long stretch on the road and we couldn’t get a result, so we did it today.”