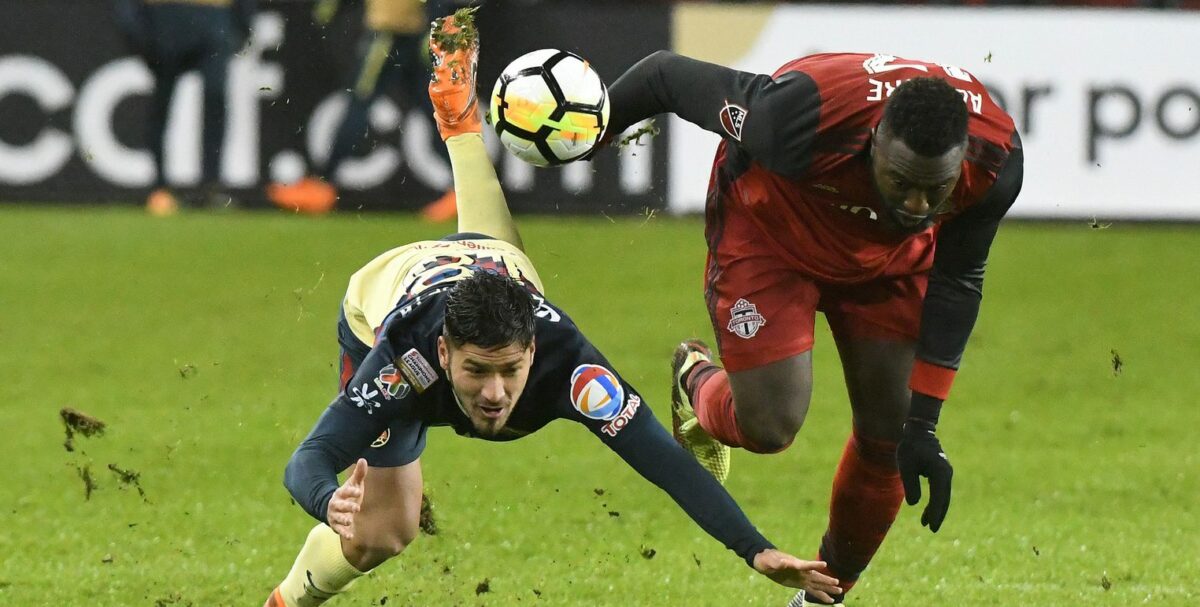 Things are looking good for Toronto FC in the CONCACAF Champions League after a 3-1 home win against Club America. They have a big two goal lead, but they know that there is a lot of work left to do if they want to become the first MLS side to play in the final since 2015.

“I think we can be happy with where we’re at,” head coach Greg Vanney said in the post-match press conference. “We know it’s going to be a tough game down there. I’m disappointed in the goal we gave up cause I don’t think it was a great goal to give up. So they got the away goal, but I thought the third goal was massive to help offset the away goal a little bit.”

It certainly will be tough for Toronto when they make the trip down to Estadio Azteca for the second leg of this tie next Tuesday night. MLS sides have only played Club America on the road twice in the CONCACAF Champions League era, and neither came out with a win. Montreal Impact escaped with a 1-1 draw in the first leg of the 2015 final before falling at home in the second frame, and Seattle Sounders lost, 3-1, in the 2016 quarterfinals.

There are other factors playing into a trip to Mexico City besides lack of previous MLS success, and Toronto FC are well aware of this.

“The altitude clearly comes into play,” said midfielder Michael Bradley after Tuesday’s match. “It’ll be a different game than the one tonight that’s for sure and we understand that.”

It certainly won’t be a chilly Canadian spring night during a driving rain storm, that’s for sure.

Bradley does feel like Toronto have all the qualities they need to get a result in a hostile environment, and they are going to have to call on all of it next week.

“Our ability to manage things, to be tactically good, to have a mentality that understands what nights like this are about, to play football, to put things on our terms in the right moments,” he said.

“We’re going to need everything.”

Toronto is going to use the weekend off of MLS to get ready for the difficult away test ahead of them, and they are getting started early.

“On Thursday we head down and try to start preparations there to try and acclimate as best we can,” Vanney said.

Thankfully, the team have been preparing for this moment for a long time already. Toronto spent some of their preseason in Mexico, knowing that an important match in a hostile climate could be on the horizon.

“We learned a lot when we were down there this preseason about that,” Vanney said, “and we’re going to try and take advantage of that as much as we can.”