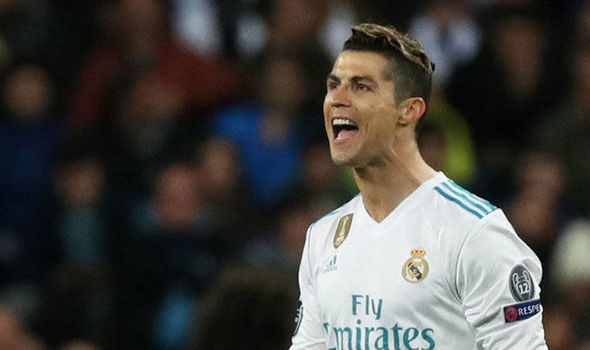 Following Barcelona’s elimination from the UEFA Champions League on Tuesday, Real Madrid was looking to avoid any slip-ups at home against Juventus in their tie. For 90 minutes it looked like that was going to happen at the Santiago Bernabeu.

However, Los Blancos used a 97th-minute penalty kick from Cristiano Ronaldo to eliminate Juventus 4-3 on aggregate after the hosts had given up a 3-0 lead.

The Portuguese international beat Wojciech Szczesny to the top-right corner to send Real Madrid into the semifinals. Gianluigi Buffon was sent off for abusive attitude towards referee Michael Oliver, after Lucas Vazquez was bundled over by Mehdi Benatia.

Mario Mandzukic scored a first-half brace to give Juventus a 2-0 lead at halftime. The Croatian opened things in the second minute, before heading in Stephan Lichtsteiner’s cross past Keylor Navas in the 37th minute. Raphael Varane headed off the bar in first half stoppage time for the hosts.

Blaise Matuidi tapped in Juventus’ third of the afternoon following Navas’ blunder of Lichtsteiner’s cross. It was the Frenchman’s fourth goal of the season.

Despite their heroic comeback, Juventus could not hang on as Ronaldo saved his side in the dying moments. Ronaldo now has 39 goals in all competitions this season, as Real Madrid move on.

Bayern Munich did not find the back of the net on Wednesday, but a 0-0 draw against Sevilla propelled them into the semifinals.

The hosts were the better of the two sides, having six shots on goal compared to Sevilla’s zero.

Robert Lewandowski and Franck Ribery each had efforts towards goal in the first-half but David Soria saved them both. Joaquin Correa had Sevilla’s best chance offensively, heading off the crossbar in the 59th minute.

Correa’s frustrations boiled over though in stoppage time as the Argentine was sent off for violent conduct. Soria made six saves in the clean sheet, but Sevilla’s dream run of making the semifinals ended in Munich.

Bayern Munich, Liverpool, Roma, and Real Madrid all make up the semifinal round which will start in May.