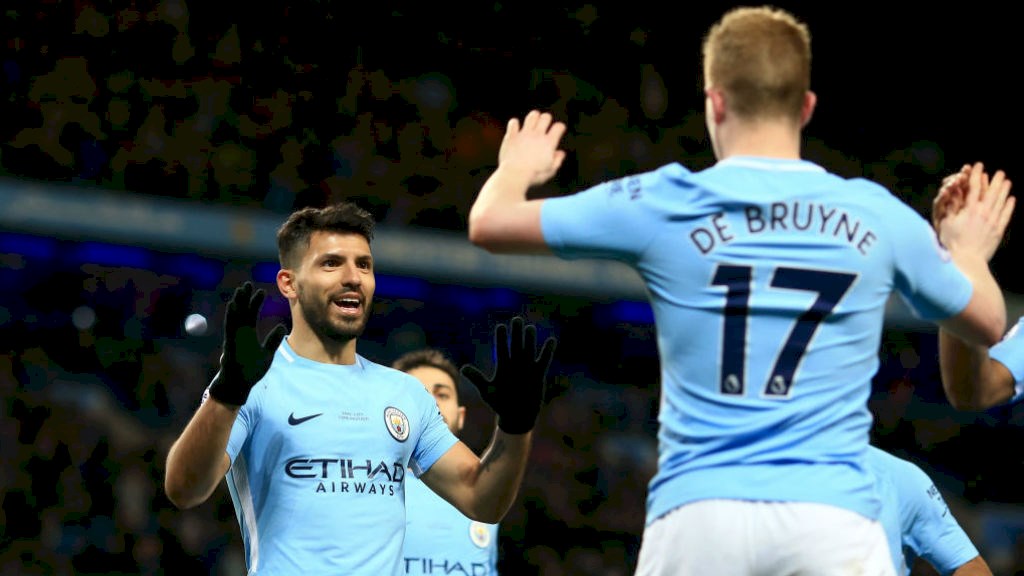 Manchester City ran away with the Premier League title this season, dominating their competition under second-year head coach Pep Guardiola. The Citizens dominated in another category on Wednesday, with five of their players being named in the PFA Team of the Year.

Here is the full 11-man squad chosen by the Professional Footballers’ Association:

Joey Barton has had his ups and downs during his playing career, but the 35-year-old will now prepare for a new challenge.

According to BBC Sport, the midfielder will become the new manager of League One side Fleetwood Town this summer, following the lifting of his ban received on betting. Barton was suspended for 18 months by the Football Association in April 2017, regarding approximately 1,260 bets on matches over a 10-year span.

After appealing his punishment, Barton’s ban was reduced to five months and is set to end on June 1st.

“I’m very excited by the challenge,” Barton said. “It’s a club I’ve known for a long time, and a chairman I already have a very good relationship with. “My first job in management was always going to be a big decision and I’m delighted. I’m joining a club with big ambitions.”

Barton’s senior career began with Manchester City in 2002, but he also saw stops at Newcastle, QPR, Marseille, Burnley, and Rangers. He had one cap for the England National Team back in 2007.

Fleetwood are currently in 14th place in League One.

Paris Saint-Germain clinched the 2017-18 Ligue 1 title on Sunday, rolling past defending champs Monaco 7-1 at the Parc Des Princes. The title was PSG’s second out of the past three years, and fourth of the past five.

However, even though being a big part of the team’s success, Brazilian international Neymar did not congratulate his manager Unai Emery according to Cadena Cope. The 26-year-old played in 27 matches for PSG this season, totaling 25 goals and 16 assists in all competitions. Neymar was ruled out for the remainder of the season on Feb. 25th, after rupturing ankle ligaments in his side’s 3-0 win over Marseille.

“I spoke with Neymar two or three weeks ago to see how he was and what idea he had of joining the group in training,” Emery said. “The players have a chat, so Neymar has direct communication with the players as well as the club and I.” When asked if the Brazilian had spoke with Emery since the victory on Sunday, Emery said no.

Neymar is expected to return for Brazil’s involvement in this summer’s World Cup in Russia, but has also been linked to a move to Real Madrid. Despite the rumors, Emery feels the winger will stay in Paris.

“I see Neymar in Paris, I honestly feel that — the union between him and PSG will continue,” Emery said. “Neymar has it clear what he wants at an individual and collective level. We spoke about it at the beginning of the season with him and the president, and that project remains in place.

Mohamed Salah’s return to the English Premier League has been sensational to say the least. The former Chelsea man has answered his critics with 40 goals this season with Liverpool throughout all competitions.

The Egyptian now has sights set on the Reds’ single-season goal record, which Ian Rush completed back in 1983-84, according to ESPN.

Rush scored 47 that campaign, and Salah knows with four league matches remaining plus a two-legged semifinal tie in the Champions League he could still reach that target.

“There’s a big chance to break the record, to be No. 1 for a club like Liverpool, it’s something huge,” Salah told Premier League Productions. “I will be very happy if I break it. I’m happy about 40, I want to keep scoring, I want to be No. 1 for the record. It’s always good when you see your name with legends of a club like Liverpool, it’s a different feeling and I’m very happy about that.”

Liverpool are currently third in the EPL standings, sitting on 70 points through 34 matches. Jurgen Klopp’s men also face AS Roma in the UEFA Champions League semifinals which will begin on April 24th with the first leg at Anfield. Salah’s 40 goals this season, is already six more than he scored over the last two years combined at Roma.

“I will try my best to break the record but, as I’ve said before, we play as 11 players, I play for the team,” Salah said.