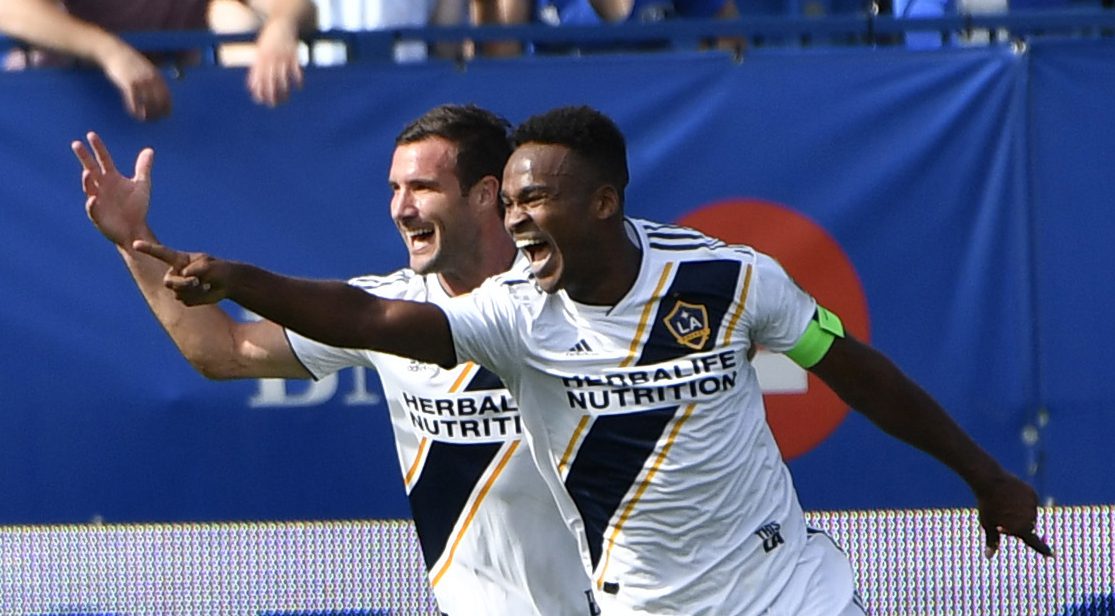 The LA Galaxy managed to ruin the Montreal Impact’s 25th anniversary game. However, with Zlatan Ibrahimovic red carded in the first half, it was Ola Kamara who stole the show in the team’s first ever win in Montreal.

Heading into the game, the Impact showed off an intriguing back four. With Rod Fanni unavailable, head coach Remi Garde opted to start Marco Donadel at center back. With Jukka Raitala beside him, the Impact had two players playing out of position in central defence.

The Impact back four bent but didn’t crack finding a way to keep a clean sheet despite attacks from Ibrahimovic and the Galaxy.

The Impact looked like they might be in position to halt their recent slide when Ibrahimovic was sent off for slapping Mike Petrasso in the 41st minute. The Swedish star struck Petrasso after it appeared that Petrasso intentionally stepped on his foot. VAR was used to decide the punishment, with Ibrahimovic seeing red and Petrasso drawing a yellow card.

It was only at the 76th minute that the 10-man Galaxy finally found a way to open the score. Headed forward by Emmanuel Boateng, Ola Kamara took possession of the ball and beat Donadel and Raitala with speed before shooting past Evan Bush to net his fifth goal of the campaign.

With Ibrahimovic out of the way, Ola Kamara took it upon himself to give his team all three points for the first time in four games. The Norwegian beat both Impact centerbacks with speed, netting his fifth goal of the season in the process.

Ola Kamara moves up the left flank, beating Marco Donadel with speed, cuts to the inside beating Jukka Raitala in the process and scored the game winning goal to help the Galaxy earn their first win in Montreal.

Playing at Ignacio Piatti’s usual left wing position, Alejandro Silva was not convincing enough. The Uruguayan has not proven much since joined the club in March.