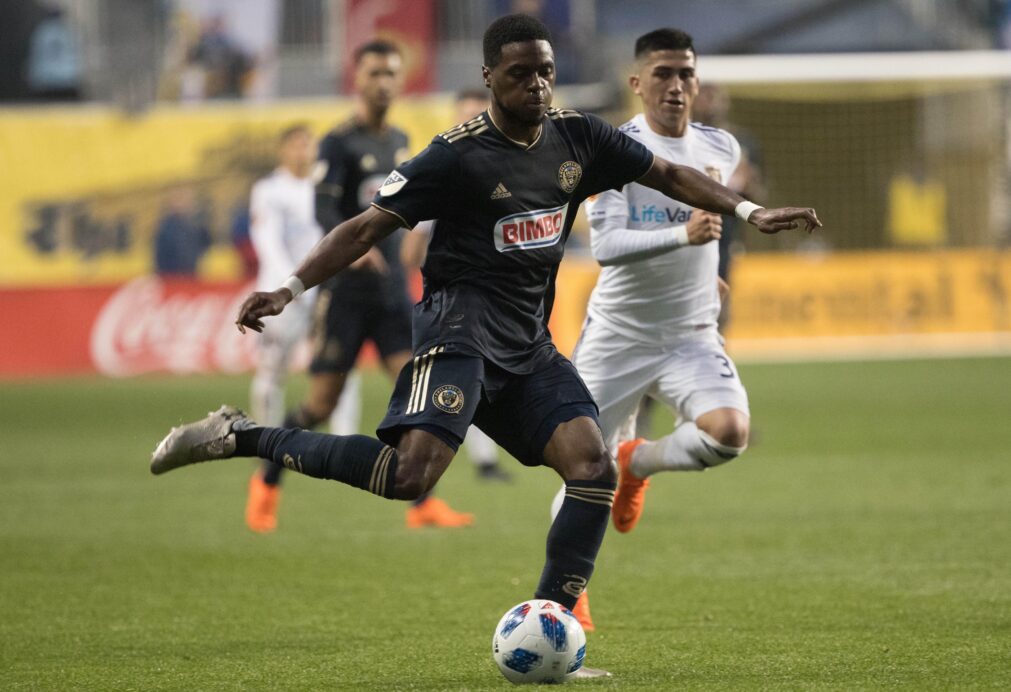 The Philadelphia Union entered Saturday’s game against Real Salt Lake with some attacking troubles, as they were shutout in six of their 10 matches.

After creating momentum with a win over Montreal a week ago, the Union used a 4-1 beatdown of Real Salt Lake to create a two-game winning streak.

It was the first time Philadelphia hit the four-goal mark in 2018, and the most they’ve scored since a 6-1 triumph over Orlando City in October.

“Overall, a very strong performance by the group tonight. We said if we didn’t back up the win in Montreal with a good game tonight it would be meaningless,” Union head coach Jim Curtin said. “Credit to the players for their performance, they deserve all the credit tonight.”

Damir Kreilach pulled one back for RSL in the 65th minute, but the Union answered back through Ilsinho’s second goal of the season.

Rosenberry’s strike from long range added an insurance goal in the 81st minute to keep the celebrations flowing in Chester.

Curtin’s men recorded 19 shots in total, with 10 on goal. The Union easily could’ve had more if it wasn’t for Rimando’s six saves, with Rosenberry striking the post in the first half, and video review wiping away a possible second for Epps.

“We probably should’ve scored four or five goals in the first half. That was our biggest complaint,” Curtin said. “Our execution in front of goal will need to improve but when you score four goals on a night you can’t really be too disappointed at the execution.”

Against a young attacking front of Jefferson Savarino, Corey Baird, and Brooks Lennon, the Union backline played well keeping them off the score sheet.

Homegrown center backs Auston Trusty and Mark McKenzie started their third match together as a duo and continued to receive praise from their boss.

“The two young centerbacks are doing a really good job for us,” Curtin said. “They are playing major minutes for us and we set out in the beginning of the season to play academy and homegrown players so it’s a real positive for the club.”

In his second consecutive start, Epps was a lively presence on the wing. His four shots were the most by any Union player, and he was rewarded with his first goal.

The 23-year-old now has three goals in 23 career appearances with the Union, and he felt the energy from the team was huge to grab the three points.

“It felt great, it was a good team performance,” Epps said. “After working hard all week in training, it was good to get after them (Salt Lake) and I thought we played hard and with good energy.”

Thirty-one-year-old Alejandro Bedoya recorded the assist on Dockal’s goal, playing the Czech in on a breakaway. The U.S. international midfielder has seen the effort that Epps has put in every week and hopes that his hard work continues to pay off big for the team.

“I love what I saw from him today,” Bedoya said. “We’ve talked all year about how we need to push everyone on this team whether it’s myself as captain or a designated player or a young guy.  He showed what he’s capable of today and he’s a talented guy so hopefully he keeps progressing because it’s great to see him do the things he did today.”

The Union (4-5-2) currently sit three points out of sixth place in the East, and next travel to face the New York Red Bulls on May 26th. They conclude the month with a home date against the Chicago Fire on May 30th.