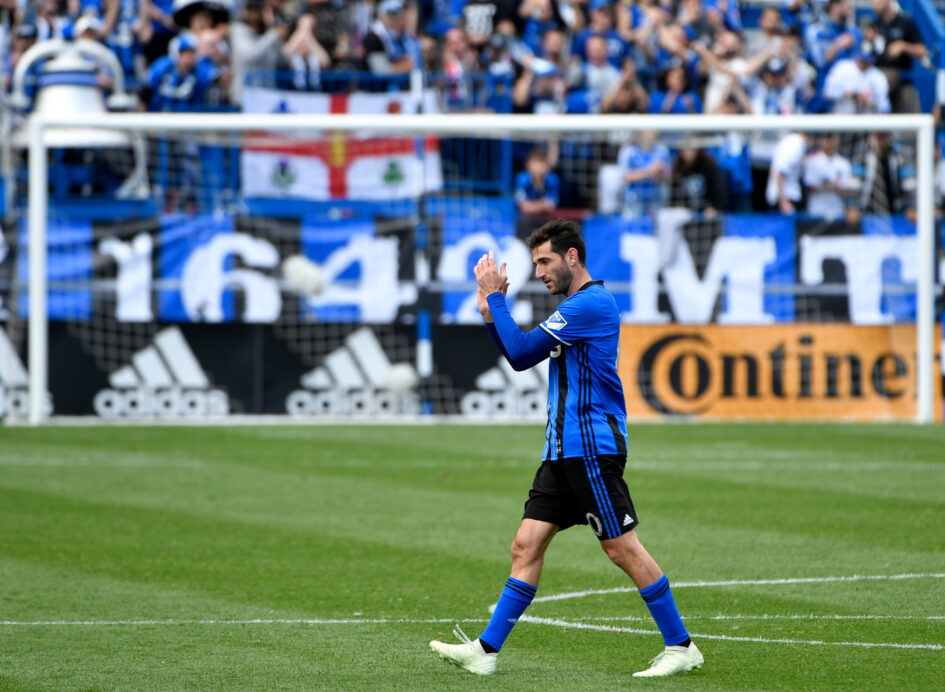 Ignacio Piatti wanted his 100th MLS game to be one to remember.

The Argentine was involved in every goal, scoring a goal and adding three assists in his team’s 4-2 win against the New England Revolution on Saturday. The tally helped him surpass former captain Patrice Bernier as the franchise’s all-time assists leader in their MLS era with 26.

“Jesus man, this guy is unbelievable,” admitted Raheem Edwards. “I don’t know what he does and how he does it but he’s just so magical.”

Piatti was also back on his usual flank, playing to the left of Anthony Jackson-Hamel in a 4-3-3 formation, as opposed to being used as a striker. The return to usual business proved to be a right decision by Impact head coach Remi Garde as Piatti assisted both Jackson-Hamel’s goals before adding a third to Raheem Edwards later in the game.

“It’s good for me to play offensively and today we played in a 4-3-3,” Piatti said. “If it’s not me, another one scores and I am happy for Raheem and Jackson and also for the fact that we won.”

As well as leading the franchise in assists, Piatti also holds the all-time goal scoring record. In 100 games and over 8500 minutes, the only player to ever wear the No. 10 for the Impact in MLS practically scores every other regular season game. In his tenure with the bleu-blanc-noir, Piatti has scored 52 times in the regular season which places him well above former designated player Marco Di Vaio at 34.

Samuel Piette thinks that Piatti’s latest goal is a microcosm for how important he is to his team. From well into the Impact’s half, he sent a guarded Piatti an overhead through pass which ended in a goal.

“When I passed him the ball over the top and he scored, I saw the space so I passed the ball there,” said Piette. “I knew there were two or three guys on him so I didn’t really expect him to score and he just managed to put the ball in the back of the net.”

“I was surprised but I’m not surprised because Nacho does magical stuff.”

Piatti’s influence on the Impact has become so omnipresent that team finds itself in trouble when he doesn’t appear on the starting XI. Despite having confidence in his other teammates, Piette recognizes that there are no alternatives like him.

“He’s big for us even if sometimes he doesn’t score and assists, he opens up a lot of space because he gets two or three men on him and opens space for other players,” said Piette. “Offensively, he’s very important for us and when he’s not there, when he’s injured or suspended, there’s a big difference.”

“I know we have good players on the bench but Nacho, for me, is irreplaceable.”

With four goals and three assists in two games at home, Piatti continues to believe that the Impact’s season hasn’t gone to the dust bin just yet. Despite the 3-6-0 record, he still wants to bring silverware to the city that welcomed him back in 2014.

“I work every day for this, to win the cup here,” Piatti said. “I have been here for four years now and before I leave I want to win so we will try.”